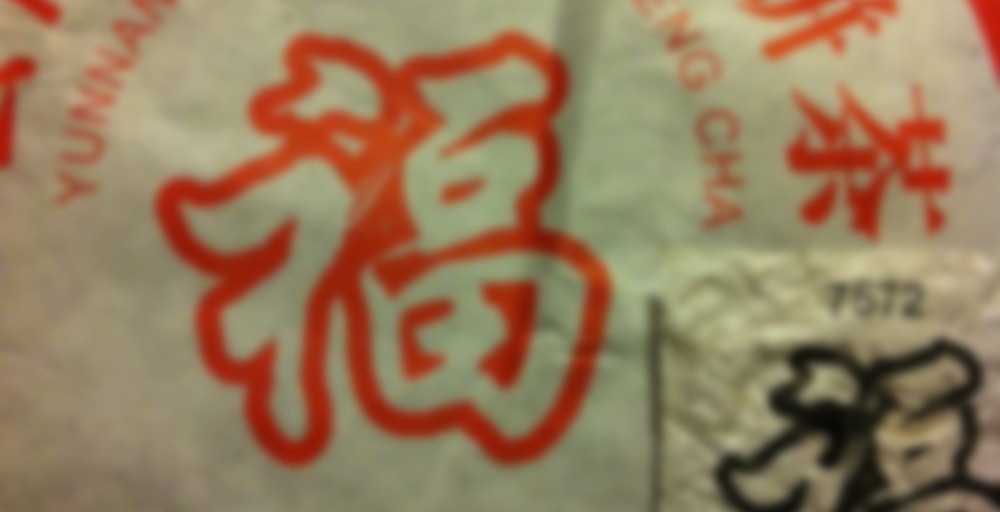 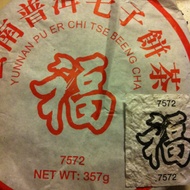 350g cake I got at a local asian market. Probably knock off or generic cake.

I’m drinking on my mystery cake today. It is mediocre puerh I’m sure but I can’t taste anything anyway. I’ve got a cold and I’m taking those nasty nasty zinc lozenges that make everything taste awful! Blah. Back to tasting swap samples soon I hope! :)

No idea what this is, as it’s all in Chinese characters except “Yunnan Tuocha Thé”. I’d expected a bunch of mini tuocha’s (which is what I’ve only come across so far) but instead it’s one mondo tuocha, and hard as a rock. Fellow lovely Steepsterites suggested cutting off a chunk with a dull knife, so this is what I did. Well, more like sawed it off, as it was ridiculously dry and hard.

I knew just before I took the first sip that I should have rinsed it first, because it was FISHY. Oh my goodness, like drinking straight fish sauce fishy. FISHY. I can still smell it hours later. Once it mellowed a bit though and cooled down, this was a really elegant, full-bodied, rich puer that I savoured. Nothing WOW about it, but really nice way to spend my afternoon, nursing this one and re-steeping it.