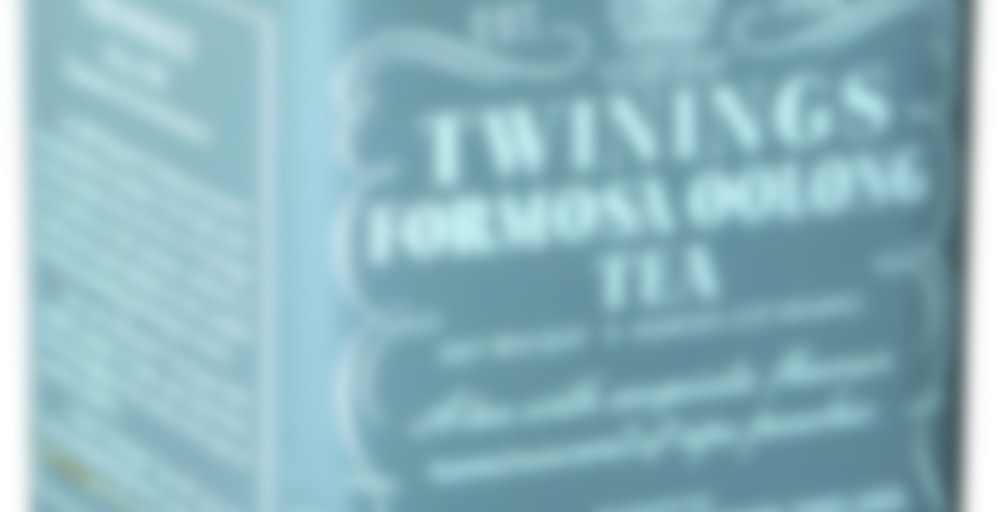 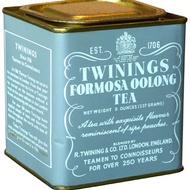 After having spent much of the afternoon with my great aunt and mum discussing how I have developed a selective tongue for tea, we raided my aunt’s tea cabinet. It was incredibly tempting to pick up her Mariage Frères package, but I kept digging for something I hadn’t seen before. Lo and behold, I found a tin of loose formosa oolong from Twining’s!

Hell knows if they make this anymore, because I sure can’t find it? It may be precisely because it was so old (it smelled alright, but the leaves did look a little more dead than usual, and we pried the lid with a screwdriver) that it didn’t sit too well. Even when using a very fine tea infuser, bits of tea were filtering through to the bottom, so I reckon the leaves had been broken badly up over time. Either way, added a little more than usual, and brewed it with just-boiled water. Definitely didn’t let it sit too long, either, because it got very dark very quickly, which I found unusual. I always drink oolongs straight, too.

The scent was straightforward, and kicking up associations with black tea over green tea in that it wasn’t vegetal. As you all probably know (I dare not lecture on tea, since I’m newbie enough), most oolongs move from bitter taste to sweet aftertaste. While I was picking up smoky and woodsy notes on this one, the sweetness definitely didn’t kick in, unfortunately. And as I already noted, it was darker than I’d expected.

Had I more time, I probably would’ve tried a couple more steeps to see if it would soften up a bit, but maybe this is a matter of the leaves more than me. My aunt told this story of how, in college, she’d sent her mother a card with a picture of a pencil on the front that said “You may call this a pencil,” and on the inside, “But I call it a hint,” because her mother rarely ever wrote her. After much serious contemplation, my darling great grandmother sent back a card of someone climbing up a rock wall, with the front saying, “You’re trying, trying, trying…” and the inside said “…Very trying.”

I suppose this is my attempt at trying tea something!

Boiling 2 min, 0 sec
Yours I Like This
5 likes
0 comments
Edit

I started drinking this many years ago when it was labeled “Formosa Oolong.” It’s remained one of my favorite teas, even when it was relabeled “China Oolong.”

It has a light, slightly peach flavor.

Unfortunately, I think Twining stopped carrying this as a loose tea, although it is available in bags.

After years of searching, I finally found a loose tea that has the same flavor. It’s sold by Old City Coffee in Philadelphia as Taiwanese Oolong, and they do ship although it’s more expensive than Twining or buying from their stores.