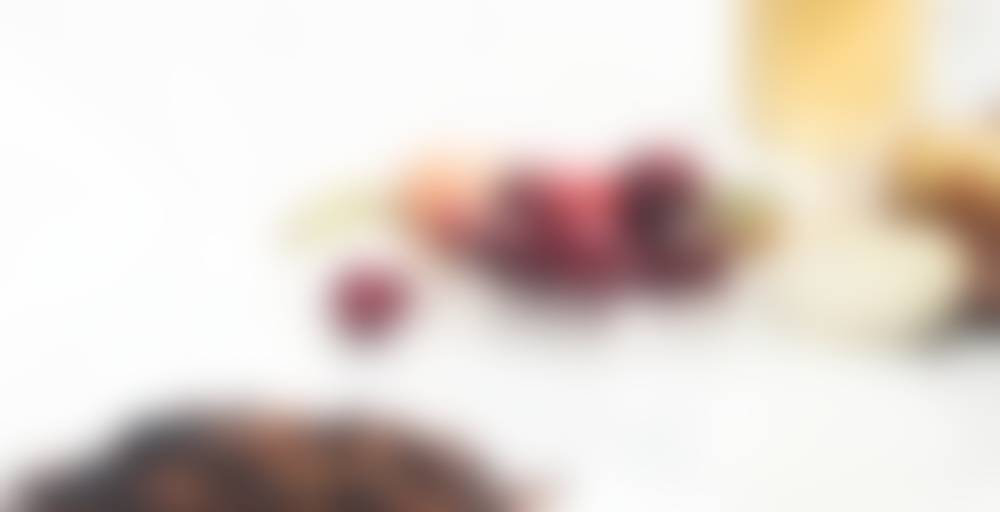 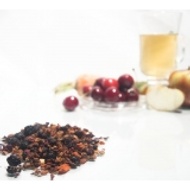 by Tiesta Tea
77
You

WOW! This tea is intoxicating to the nose and refreshing to the mouth. Kiwi’s and cherries come together to form an incredible herbal blend. We suggest this for any kiwi-lovers!

First tea from my Amoda box! I have to say, lovely presentation, and I’m pleased by 2/3 of the box contents. The remaining 1/3 I have a few issues with, but I’ll get to that sometime later.

I was really worried that this tea would be the same as Cherry Kiwi Coconut Fruit by Mahamosa, but I don’t think it is. (Whew, although I do like that one.) Second bonus here is that there’s no hibiscus. Score! So no purple hibby nightmare waiting for me beneath my infuser.

Anyways! The tea. So, 20g of this tea really isn’t all that much, which does kind of suck, because it means limited tasting opportunities. Luckily, herbals are fairly difficult to screw up. I brewed about 2 tsp of this one in 10 oz. of boiling water, and left it for a while… could have left it longer, but I wanted to head upstairs to my room. I estimate it got about 6 minutes.

Anyways, I did just grab a bite to eat, so I’d be better off tasting this with a fresher palate, but I’m so far enjoying it. It’s lightly fruity (I can’t currently distinguish fruit types, but that may be possible next time), and I can definitely taste a hint of ginger, which IMO, is done very well. Enough ginger for flavour that it’s enjoyable, but there’s no harsh bite or strange flavour. I feel like it’s definitely underleafed and/or understeeped, though. Could use more flavour.

I’ll have to try this cold-brewed, as Cavocorax did. At this point, it’s not something that would become a cupboard staple, but it’s a neat tea to have tried, since there are far too few fruity herbals that aren’t hibiscus-laden (and I do like a bit of ginger in my herbals – Teaopia’s Fruity Ginger is one of my faves!)

ooh btw I think I figured out that the Mahamosa one is ESP Emporium Cloud Catcher. But it’s cheaper from Mahamosa if you desire large amounts at once…I have some cold brewing in the fridge that I need to have soon!

Wow… yep, that picture certainly looks the same!! Thanks for the heads up! I still love it brewed up all strong and delicious. I should have some soon; I’ve barely made a dent in the packages you bought.

I used up all that I bought at their physical cart, then bought half a pound after they added it online. I hadn’t used any of it until now, I don’t know how I forgot about it.

Wow! This is so good! I just received this today in my FIRST Amoda subscription box. (And as such, I’m sorry if I am supposed to wait a few days to review it for those expecting to be surprised? I’ve never done this before.)

Anyway, as I mentioned earlier, I’m not so big on fruity teas, or I didn’t think I was, but I NEED TO RETHINK THIS IDEA. I used about half my sample to cold steep it in the fridge for a few hours, and now that I sip it I am blown away.

It’s very delicately fruity and the cherry and kiwi are balanced quite nicely. If it’s not too pricey, I think I’d like to stock up on this – either ordering from Amoda, or diret from Tiesta.

Looking back at it, maybe $15/mo for 60g of tea isn’t THAT GREAT of a deal, but if it exposes me to high quality tea (and surprise tea!) I can justify it that way. :D

Yeah, the subscription is a little steep for me but they seem to pick really interesting ones!

I’ve actually never tried a cherry tea for fear of getting a fake taste, but I love kiwi and fruity teas. Perhaps I’ll give this one a shot.

:P I didn’t really work the math out that well when I signed up. Or, when I did I factored in the ‘free’ shipping – if I ordered any of those teas from the US I’d probably pay $10 shipping anyway. I signed up for 4 months just to give it a shot. It is pretty exciting to have mystery tea arrive!

And as far as I can tell it doesn’t taste like fake cherry!

NOOOOO you spoiled it for me!!!!

Also, I figured the cost was worth it to try random new teas :)

:p Alright, next time I’ll wait a week before I say anything!! At least the other two are still secret. /0\

Ahaha, no worries. Is there hibiscus in this one? The ingredients on the Amoda site appear to indicate that there isn’t…?!

No hibiscus! (I dislike it too). Hopefully it’s different enough. I checked and these are the ingredients: Kiwi bits, cherries, apple bits, raisins, carrot bits, ginger bits.

Can you taste the ginger? I don’t recall there being ginger in the other blends, and I’m pretty sure there was coconut. Fingers crossed!

Btw, feel free to log the other teas. Maybe don’t add the bit about them being from the Amoda box, though :D I shouldn’t be on here a great deal in the next while, and probably wouldn’t have twigged at all except that you mentioned it! (Not that I care a great deal about being surprised, anyhow).

I get a bit of the ginger at the end of the sip!

And thanks for the suggestions. That’s probably work fine, or I could just wait a few days for your box to arrive!

Ok, now that I’ve received my box, I desperately want to write about my teas + commentary, haha. Do you think it would spoil it for anyone else?!

I don’t know? I tried looking up the previous Amoda teas to see if people I knew had reviewed them and didn’t see anything, but then I missed you. :P So that was a detectivefail.

I don’t know how many subscribers they actually have on Steepster, but I’d like to know what you think!

I think we might be the only two on here. Sil isn’t currently subscribed. I got the 4 months as well, and this is my first box :P This situation could have very easily been reversed! I just brewed up all three, so am probably going to write about them all shortly, haha. It’s irresistible!

That’s great! Guess I should brew one of my new ones as well!

Also, I’m happy yours showed up so soon. I’m in the same city as Amoda, so I thought you’d have to wait 2-3 days after me!

I didn’t expect to even get this box because I signed up a few days after the deadline. Man, am I happy I didn’t have to wait until April like I thought.

This one isn’t too bad! I’m always skeptical when I brew a tisane, because I’m never too sure what I’m in for with it, because usually … let’s face it … fruit tisanes like this usually mean way too much hibiscus. I’m not a big fan of the stuff, so, I tend to be hesitant when it comes time to try out a new fruit tisane.

And the flavor is really nice. The cherry does not taste like cough syrup, it has a nice, sweet, fruity taste to it. I can taste the kiwi. The overall cup is a little bit sweet and a little bit tart … with more sweet than tart and that’s quite alright by me.

Amoda did good by adding this one to March’s tea box!

ooh this one sounds tasty!

Whoops! Sat down on a break from cooking & totally forgot I put this one on… it’s herbal though, so v forgiving. And sweet and clean! Very nice.

If you forget to drink it all, it’s also nice cooled.

This is a really good fruity tisane. The cherry and kiwi flavors are distinct and not at all medicinal tasting. Tonight I drank Kiwi Cherry Bonanza hot but I bet it would be fantastic iced. It’s super fruity but I shamelessly like the fruit.

Absolutly excellent and delicious every time. It makes a great naturally sweetened iced tea. Also, this is one of the only fruity herbals that is good hot (yay for no hibiscus!)

This one is… interesting. It’s a sweet and fruity taste with the slightest hint of tartness. I’m mostly picking up on the cherry. I’m not a huge fan of this one taste-wise. I’ll have to try all of these fruity tiesta teas iced because they’re just not doing it for me as a hot drink.

Fruity and tangy, with just a hint of ginger. I think I maybe should have steeped this longer. It’s good though, and I’m guessing it’d be lovely iced.