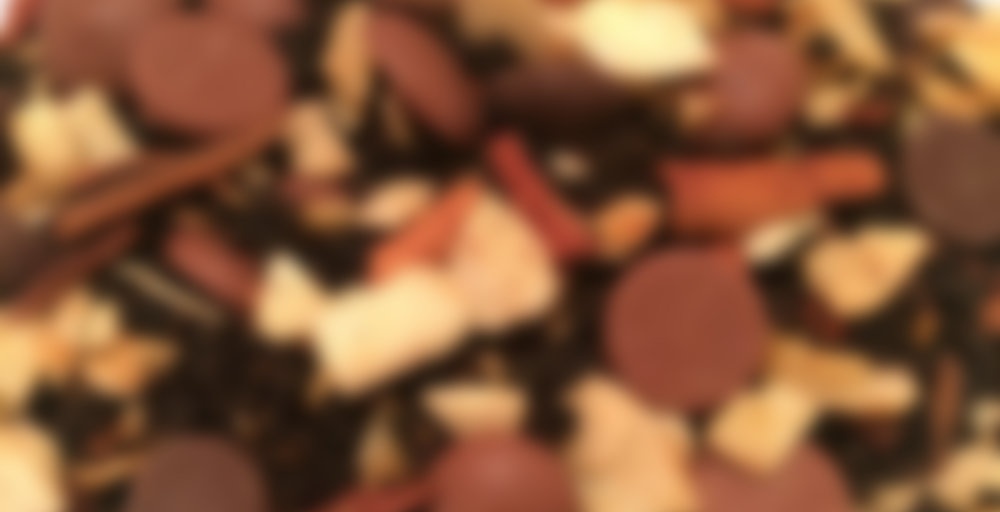 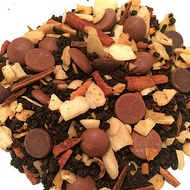 by Tickled Tea
72
You

Decadent and rich, like having a chocolate truffle in your teacup!

Tried this as a latte. It sounds strange but it kind of taste like a combination of chocolate and apple pie. Definitely a drinkable cup of tea.

I steeped this quite strong (2.5 tsp for 500mL hot water, 3 minutes). but it still tasted watered down. It was thinner than I expected, and tasted more of spices than chocolate and cocoa. Even with vanilla soy milk it isn’t as rich as I was hoping. It isn’t a bad cup, but not as good as it could have been. Cinnamon, almond, a bit of black tea. This would have made a killer chocolate milk latte.

Thank goodness it tastes watered down for you too. I thought I messed up with the amount of leaf and that’s why mine tasted weak so it’s nice to see others had the same issue

I made another iced latte and tbh I thought I really didn’t like this because it seemed watered down but I stopped for a second to think about what I was doing and the whole 24 oz mug was basically gone. So I guess I liked it enough. Also only now did I realize it is watered down because this was underleafed by 1/2.

As it is, it is still a chocolatey, nutty chai. It reminds me of DAVIDsTEA’s Stormy Night actually so if you miss that, this may be worth checking out. Cinnamon is strong but not sweet so that’s nice and the chocolate is smooth. It actually isn’t bad and I am sure if properly leafed this would have made for a pretty great iced latte. Nonetheless, it is not something I can see myself drinking all that much so I probably won’t be restocking this anytime soon.