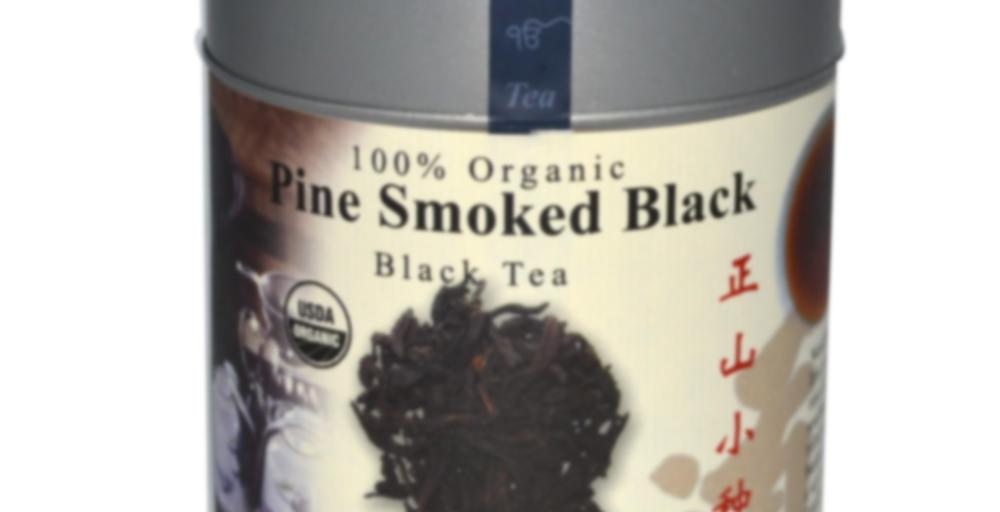 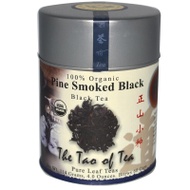 Another older one that’s lost a lot of its flavor. There’s still a decent amount of this left. At what point do I decide to throw a tea out vs. finishing it off? It feels weird throwing out tea but if it has no flavor it feels silly drinking it!

Sometimes the old stuff works OK as a base for mint or for a latte…then again sometimes you just have to let it go. May you decide wisely ;)

I never feel bad about tossing mostly flavorless tea, as I have so many other teas I could be drinking. I do generally save teas that I just don’t like to rehome, but no one wants an old bland tea! :P

I tried a different mix this morning, adding a teaspoon of cloves and a pinch or two of cinnamon bark. in addition to the usual honey dollop. This is the most I’ve enjoyed this tea in a long time! It makes a much, much better base than a stand-alone tea – I can’t believe it took me this long to figure that out! Thanks, Steepster, for some great new ideas!

This is a tea that I have been meaning to review for a number of months. I bought a one ounce sample of it back in March, but it ended up sitting at the back of one of the upper shelves of my tea cabinet until late October when I finally cracked it open. As I finished other teas, I would occasionally play around with this one. It was not until this week that I got serious about finishing the packet of this tea. I finished the last of it yesterday. After trying it both Western and gongfu style, I found that I enjoyed it both ways. Unfortunately, this tea is now either out of stock or discontinued. I’m not sure which. If I had to guess, I would say that it has been discontinued since The Tao of Tea normally leaves a listing for teas that are either out of stock or out of season on their website, but with this one, I could not find any mention of it anywhere.

Prior to the rinse, the dry tea leaves emitted strong aromas of juniper, pine, cedar, char, smoke, and cinnamon. Looking over the dry leaves, I could easily tell that this was mostly broken leaf. Initially, I was not certain about the smoke and char aromas. They were very strong. I wondered whether something synthetic may have been added (lower quality lapsang souchongs sometimes have a smoke flavoring added to them in order to make them seem smokier and cover up the aromas and flavors of lower grade tea leaves). The leaves, however, may have just been very heavily smoked. Who knows? After the rinse, the smoke, wood, and char aromas remained oppressively heavy. The cinnamon scent was a little stronger. Prior to the first infusion, this tea’s aroma was still all about the wood, smoke, and char, though the cinnamon was a touch more prevalent. In the mouth, however, things got interesting. It was not all that much like the nose. I mean I could detect very distinct flavors of smoke, pine tar, char, juniper, cedar, and cinnamon, but milder, smoother notes of cream, malt, and toast expressed themselves as being far more prevalent. I even caught a fleeting impression of leather and some kind of fruit. Subsequent infusions saw the tea remain deceptively woody, spicy, and smoky on the nose, though impressions of malt, leather, cream, and toast also began to appear. The mouth continued to display malt, cream, toast, leather, smoke, pine tar, char, cinnamon, juniper, and cedar notes, though it continued to subtly skew ever more toward the smoother flavor components. At this point, the indistinct fruitiness began to put me in mind of a combination of elderberry and dried blueberry. Mild mineral notes also began to appear on the finish. Later infusions saw the mineral character emerge more fully. The nose displayed mild smoke, wood, and spice notes beneath the mineral character, while the mouth continued to display malty, creamy flavors balanced by minerals. I could still detect a little smoke, spice, and dark fruit in the background, but these impressions were fleeting. The Western infusion produced a similarly woody, smoky, spicy nose. In the mouth, I again picked up malt, leather, cream, and toast framed against touches of char, tar, juniper, cinnamon, smoke, and cedar. I did not pick up on the subtle fruitiness I noted in the gongfu session.

I know this tea has not garnered the greatest reviews on Steepster-lapsang souchong very rarely gets much hype on here-but I enjoyed it a great deal. Though looking at the dry leaves will likely quickly confirm one’s suspicion that this is not the highest quality lapsang souchong out there, I absolutely loved the contrast between the nose and the mouth. Going into it, I was expecting a really heavy, smoky tea, but got something much more delicate and refined. That coupled with the fact that I found this tea to admirably withstand a number of different brewing methods moved me to assign it a high score. Regardless of what others may think, I really liked this tea. I could see it going over well with fans of lapsang souchong.