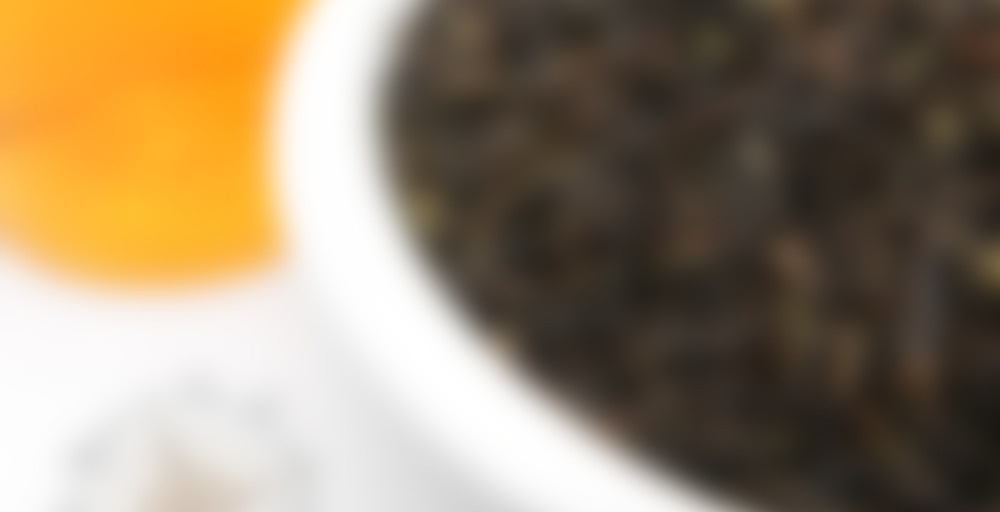 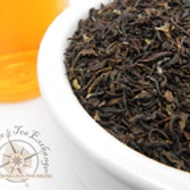 by The Spice & Tea Exchange
83
You

Superior single estate teas are selected from the Darjeeling region of India for this balanced tea. A slightly fruity and sweet character make this one of the finest cups available. Higher caffeine content.

Dear Toronto Water:
YOU SUCK!!!… all the goodness out of Darjeeling tea. You leeched out the lovely deep fruity round and delicate notes and left me with soggy flowers and mulch.
Please leave my innocent Darjeelings alone. I offer you my White teas in lieu. Deal?

Unfortunately we are all left to buy spring water…ah well…

Hmm. The water in south Calgary is…gross…and has floaty things in it. We’ve had a water dispenser/mini fridge in our kitchen since we moved in, basically, and instead of bottled water, we have a charcoal filter on top. Seems to work pretty well. Maybe you could get a small charcoal filter for inside your fridge?

we have a water filter in the fridge but use it mostly for drinking. It flows so slowly that we usually use tap water. Maybe I’ll experiment one day and try it with filtered. or distilled :)

Honestly, my daughter and I both buy Spring Water especially for the non highly flavored tea’s and another thing that helps tap water is to let it run for a minute to decrease the icky taste that I seem to find especially in the Winter. Rocky Mountain water is way better than the Silicon Valley water I used to drink (Morgan Hill,California had awful water). I should get a Brita water filter I guess to save money.

Funny, I actually quite enjoy it for drinking, and Toronto is known for having decent tap watero. I wonder if it has to do with soft/hot water… I’ll try this one with filtered water and see if it makes a difference!!

LOL But they can’t be kidnapped if they follow you home!

grin I am the Pied Piper of White Teas!

I have a Brita filter but oddly enough I never use the filtered water to make tea. I’ve heard our water comes from the Hetch Hetchy reservoir in Yosemite National Park and it’s supposed to be pretty good.

Another sample from Indigobloom. Thanks be!
I love Darjeeling and the more tea I drink, the more I love Darjeeling. I choose it, want it, yes even crave it sometimes. This is deep, full and as already stated fruity. That vintage fruit is one of the things I love about a good Darjeeling. This is definitely one of them.
This one lingers long on the tongue after the sip is gone almost begging you to take another and another…

that’s how I am with Darjeelings as well- now that I’ve gotten rid of my milk in tea fascination that is!

Many thanks to Indigobloom for a package of lovely teas to sample. I chose to drink this first as I have had a long and sordid past with Darjeelings, originally deeming them unworthy of drinking due to thier tendency to turn bitter and over extract, but found myself stunned by Darjeeling Ambootia and finding the error was mine, by lack of water temp, steep time and g. weight control. Once I realized this, I was won over heartily by Darjeelings and now find them to be a benchmark of craft and flavor complexity.

I was surprised that this one did not have an estate assigned to it; this usually meaning that the tea is a blend of 2nd and 3rd flush. The very fine cut of the leaf would also seem to support this.

Indigobloom was kind enough to have send 5g, which I place in a porcelian gawian and transfered to a traditional cuppers cup; using 200 degree water and almost pour directly from gawian to cup. 5 grams allowed for nearly 5 hearty steeps and while normally I would go the distance with aroma profiling, the package it came in also included a fragrant coconut oolong that dominated the other teas and I felt I wasn’t sure what aroma was carried over from that.

Upon first sip I thought perhaps the scent from the oolong had also gotton to the Darjeeling, but after 3 steeps I decided that the fruity flavor I was tasting was actually from the Darjeeling itself. The cup produces a dark caramel liquor, with champagne-golden accents. The flavor is overall very smooth, with a silken body and distinct lack of traditional muscatel, but rather this was replaced by a deep fruity character that combined with the body to have a taste almost like a Mckentosh apple. There was a lack of bitterness or astringency, but I was keeping the extractions very short, but was getting the hue I would expect, so I felt this lack of bitterness was a character of the tea. There was also a distinct lack of spicyness that I usually associate with most Darjeelings and while I missed it, I found the smooth fruity character to be quite pleasant.

The fine cut of leaf did allow for some particulate to end up in the cup, but the leaf was soft and fine and pleasant to nibble.

Many thanks to Indigobloom and I will be sending her and a few others some tea very, very soon.

I picked this tea up at the Spice and Tea Exchange in John’s Pass near St. Pete’s Beach in Florida. The owner of the shop explained how he prepares and blends all of the tea and spices he sells by hand using only fresh ingredients, and it really comes through in his products.
The Darjeeling is a slightly sweet and fruity loose tea, but not overwhelmingly so. As opposed to a lot of tea I have had, this one has no bitter aftertaste at all which is great. They recommend steeping for 3 to 5 minutes which I found it a bit weak; I increased the time to 6 minutes and it was perfect. A bit of sugar and milk suited my cup perfectly.
Overall, it is a great tea that I would not hesitate to recommend to others.

Dry leaves have an alluring chocolate-covered-berries aroma. They’re a roughly cut mix of leaves and some stems averaging out to tobacco-brown, but with a range of colors from black to green.

I wasn’t sure what to expect of Spice and Tea Exchange, but this brews up a quality cup of tea. It has a coffee-like richness with a fruit/sweet quality, finishing with a touch of spice. It’s pleasantly smooth on the palate. This is a versatile tea that would be great on its own, with milk, or iced.