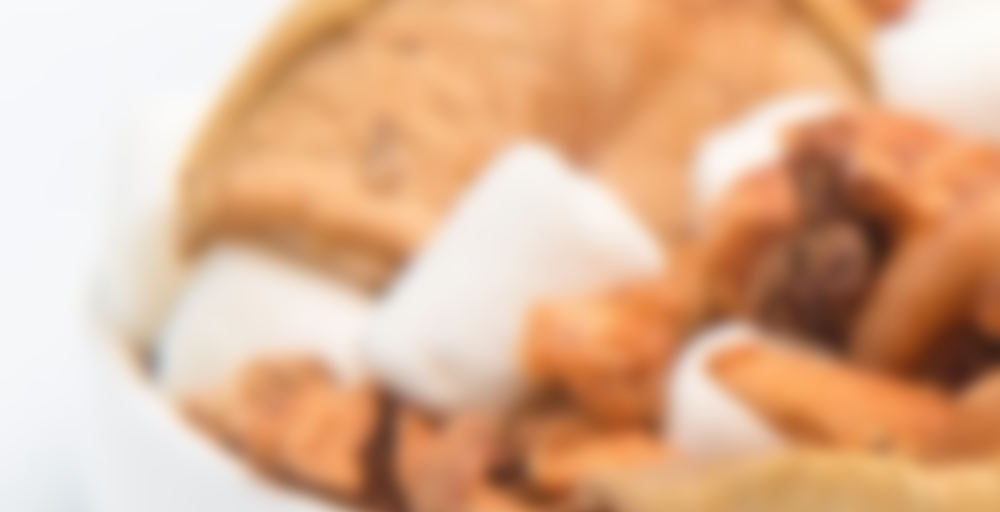 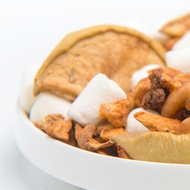 An infusion of apples, marshmallows and nuts. Relish every sip of it while comfortably seated alone or with that someone special.

This is so yummy as a latte-very creamy. I taste apple, nuts and marshmallows. It is heavenly.

Since I mentioned this yesterday, I might as well write a tasting note already. I only have like 10-15g left too so as usual, classic me has been drinking something without actually writing about it.

This is a heavy tea mostly comprising apples with some nuts thrown into there to keep things slightly interesting. It’s generously speckled with marshmallows too.

In terms of flavour, there is a caramel note that pops out alongside the apple, making this oh so appropriate for the fall. But wait, how is it fall? It just snowed the other day.

I’m sure people are sick of my DAVIDsTEA comparisons but I just can’t help it, especially when it comes to this company. This smells and tastes a lot like Movie Night without the green base. In some sips, I get a touch of chemical undertone but I’ve had much worse.

Ok, unrelated, but I have the worst luck with job applications, it seems. I had an interview for a position with Estée Lauder the other day and they really liked me and can tell they want to hire me, except I first had to complete a screening/suitability-type test yesterday. My gut is I’m going to get it especially since the manager said that if they really like someone in person but they “fail” the test, they’ve hired him/her anyway and they end up being awesome. Great, right? Except, the job location is on the other side of the city, and in a sketchy area at that. It makes me nervous thinking about having to commute (by public transportation) on such a long route every day and having to hang out in those areas, especially late at night and really early in the morning. So I’m not sure what I’d do if they were to hire me.

You could try it, and see if it worked out. You’d have a job to make ends meet while you looked for something else, and there wouldn’t be a gap in your resume. And maybe it’d turn out that you liked having that down time on public transport to read or listen to music or people-watch.

Thanks for the feedback! It’s more the sketchiness of that area that is the concern, though.

Yep, try it. Things rarely turn out the way we predict they will, so pleasant surprises could be right around the corner. And if they like you, that right there is a huge beginning.

My mom is kind of against it and thinks it isn’t worth it since she knows the area and understands why I’m so apprehensive, but part of me still feels obligated to accept if they extend an offer.

Could you do some creative transit route management? I have a similar challenge and instead of getting off at the most efficient transfer point, I chose another in a safer area. It actually ends up being less time, but a greater distance travelled.

Also, my friend always told me it is easier to find a job while you have a job so it is worth trying it out and seeing how it goes, even just for a little while.

That’s definitely great thinking, Zennenn. The problem is it’s in an area where its only connecting buses need to be caught in equally sketchy areas so there’s no way around it, unfortunately. I’m glad that strategy is working for you, though!

VariaTEA, this has dehydrated marshmallows in it, and almost the size of the Kraft mini marshmallows.

I hear that a lot from people too. That’s why I’m even willing to get some random PT seasonal retail job since it’s at least something on the resume.