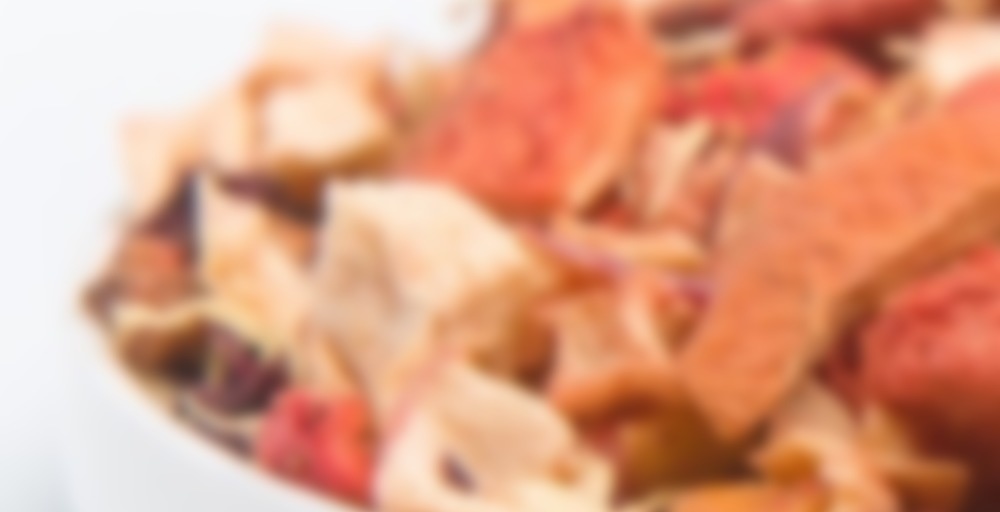 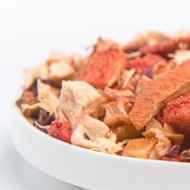 A delectable infusion of apple pieces, pear pieces, freeze-dried strawberries and hibiscus blossoms. Its fruity and sensual fragrance will make your kisser irresistible!

I tried Iced Kiss iced and it is quite lovely. A mild fruity cold drink.

Cold brewed my sample of this (which by the way, doesn’t include much, only around 5g, so not sure if I’ll bother with samples considering the price next time) and it’s quite good. The leaf smells like pear candy, and that flavour is very prominent in the cold brew. I get mostly pear candy, followed by apple, with a touch of strawberry trailing at the very end. This one is on the thinner side, but it may also be because of the ratios. I like when cold brews have that thinner mouthfeel, anyway.

This is the kind of tea that would have been ok had I blindly grabbed 50g but at the same time, I’m not entirely sad that I have no more either. I’m leaving the rest of the jug, which I only filled with like three cups worth, to my mom since she’s only allowed to have cold liquids and smooth foods like yogurt after her surgery for a while. So this order has arrived at a great time because it’s helping her feel better!

Oh yeah, I managed to get down to 32 teas before making this order so despite my cupboard nearly doubling in size, I’m still quite proud of my accomplishment. Now to go for a post-gym shower and try to get ready for bed because I have to be up before 4am for work tomorrow. Ugggghhh.

I signed up for their monthly subscription which is 10 samples for 7.45/month. Not a terrible deal and that way I can try ALL THE TEAS!!

Right now that seems like a bad plan though in light of my cupboard exploding slightly. I was under 100 for a little while…that was nice :P

Good for your sipdown! I know how it feels about getting to a # you’re really proud of and then temptation comes along ;P

Oh, that monthly subscription sounds like a great deal! It’s ok, VariaTEA, I have confidence in you that you will bounce back haha.

That temptation will forever be a challenge. But no regrets!

brewed this hot, drank it mostly cooled heh. I like this one…a little strawberry, a little apple…some pear. Light in flavour but sweet, not sour like a lot of fruit herbals. I’d pick this one up again i think even with the light flavour because it’s smooth and different than other blends. thanks variaTEA!

My tea taxi order arrived today. Yay! It is so cute and so many new teas to try (https://www.instagram.com/p/BG69U6BvJa3/?taken-by=rachel12610)!! It was hard to pick where to start so I just grabbed a tea that I though would be good iced. With a name like Iced Kiss, this stood out.

Now that I am sipping on it, I am actually enjoying it quite a bit. The flavor is very light but there is enough going on to keep it interesting. The initial flavor I got was strawberry but as I continue to drink, the pear builds. Of course the apple shows up now and then but it is really the other flavors that are standing out this time.

Adorable packaging! Never heard of them.