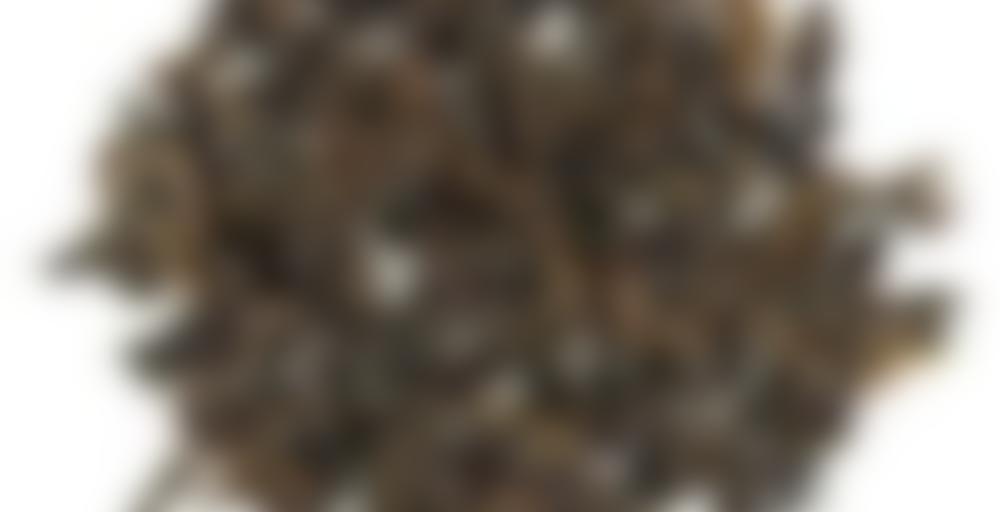 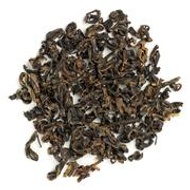 Grown in the Wuyi Mountains, an area known to yield some of China’s best oolongs, this Black Mist “Cinnamon” Oolong is a special and rare tea from a small, family-owned farm.

The tea leaves are painstakingly hand-shaped and rolled into little dragon-like shapes, then oxidized over the course of 2-3 days. As this tea is slowly worked, it deepens in color and produces a wonderful tea with notes of woodiness, cinnamon and dark honey.

I drink this on a lazy Friday after staying at work late last night. This raisin-y, darjeeling-like oolong has notes of amber and spice and sweet, slow honey. It doesn’t have quite enough kick to get me going, but that’s what I get for choosing an oolong instead of a black/pu’erh/mate tea first thing. I didn’t notice, when I picked this one, that it said “medium” caffeine. MEDIUM? WHAT DO I LOOK LIKE — A QUITTER?!

It’s so weird when a straight tea tastes like another thing. Like, how? How do pure leaves taste like cinnamon and honey? What witchcraft are they performing?

I know that Jewel Staite (the owner of Tearunners) tends to be in shows with fantasy/sci-fi elements, so maybe she had some kind of magic hookup? MAYBE STARGATE WAS A DOCUMENTARY?

As the tea cools (maybe I got distracted by this review?), the piquant cinnamon flavor becomes even more pronounced. That’s pretty awesome. I don’t know the science (or even the appropriate spells). If anyone has a lead on that, please let me know.