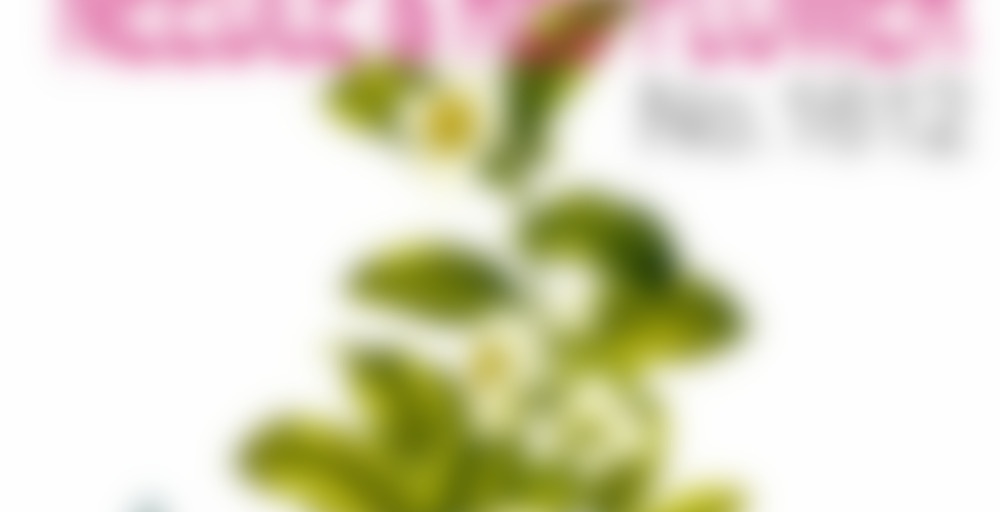 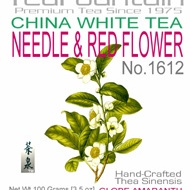 The tippy ‘Silver Needles’ of this tea are picked only a few days a year. The gentle ‘steaming and drying’ process in the open air allows the White Tea to create its sweet and fresh aroma and soft taste.

The Silver Needles are tied together in the shape of a button and hold a red Amaranth flower in the center. During the infusion the button will open and expose the red flower. This ‘Entertainment Tea’ is prized for its special flavor.
Only small amounts of the tips are harvested and made available to the market.

The infusion is clear and pale. Serve as a healthy, cleansing and refreshing all-day tea or as an ‘Entertainment Tea’ at dinner parties.

Disregard steep time, the flower stayed in the pot. Pouring a cup out at around 7 revealed a pale golden yellow liquor that had a very light flavor. Absolutely no grassy or vegetal taste, only a light floral essence with a hint of honey-like natural sweetness. Maybe a whisper of melon, perhaps cantaloupe.

A bit later around 15 -20 minutes into the pot, the second cup tasted much like the first, but if anything somehow less flavorful. It still retains its honey-sweetness, but has lost some of the flowery bouquet. Odd, for having steeped about an extra 10 minutes.

3rd cup @ about 10 minutes longer of a steep time. Tastes about the same, as #2, but with just a tad bit of chalky astringency on the back of my tongue. Interesting how this doesn’t get really get stronger over time.

Again, 10 minutes later. Still honey-sweet, but now it has a light vegetal flavor of a good green tea, and the astringency has vanished. #5 is quite a different cup than the previous ones.

6th and final cup, 10 minutes later. Quite grassy and green now, almost a little too much. Not much sweetness left. Still decent.

Hehe and in case anyone is wondering if I’m running from pot to cup to little boys room, I’m using a small pot and a 2 oz cup.