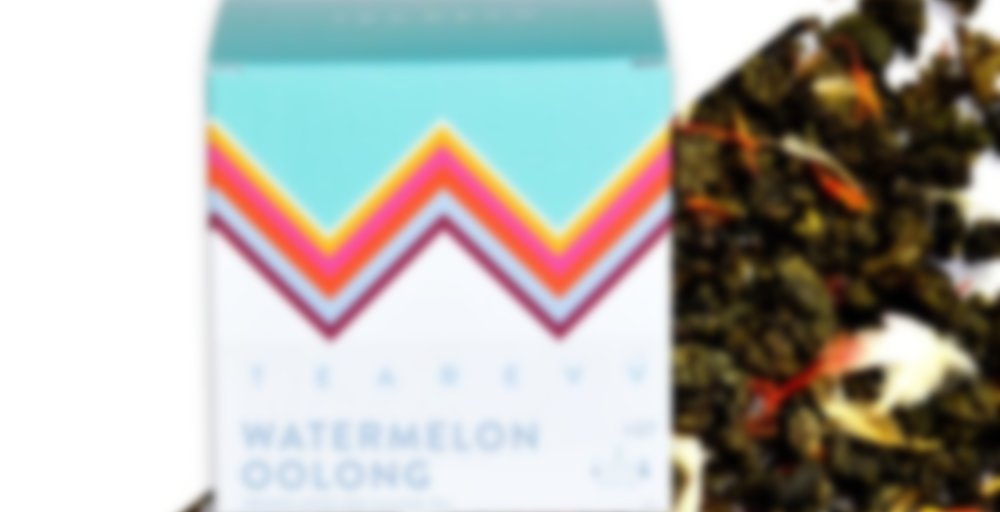 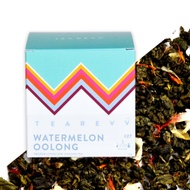 Watermelon oolong. A personal favorite of ours. If fruit ninja were a tea this would be it. Juicy sweet flavours are blended with a fresh light Oolong, Papaya pieces, beautiful plum and safflower petals. 65g box.
Ingredients
Oolong tea, Papaya pieces, Plum and Safflower petals, Natural flavours.

The fragrance is pure watermelon Jolly Rancher. That’s probably not good for tea, but I can’t help it, I do love those things and the mere scent makes my mouth water. My whole kitchen smelled like it after I brewed some. It’s probably a good thing that the fragrance is much stronger than the flavor, but I can’t help but feel like there’s something missing. It just underwhelms. Did you ever try to melt hard candy in water as a kid, figuring it would give the water some great flavor? And it would smell like the candy, but it just tasted kind of like slightly different water? That’s what this tea makes me think of. It’s tea that someone dissolved a Jolly Rancher in, and it just makes me kind of sad that it doesn’t taste that way, too. It does have a sweetness to it, just not as much as I want with a tea that smells like this.