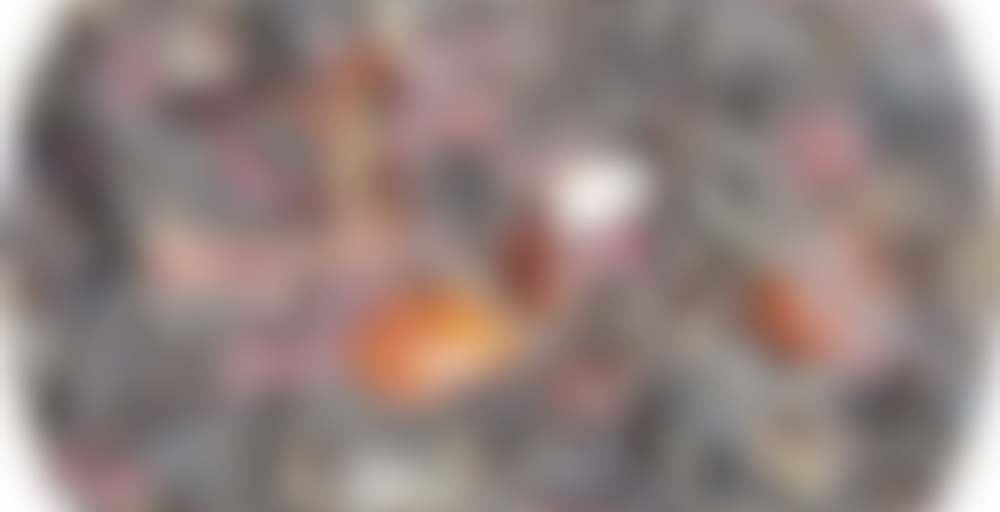 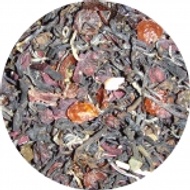 by Tea District
64
You

purchased from the Green Salmon, Yachats OR

This is the other oolong from my Tea District order. I think I chose it before I realized how much stuff it really has in it; it’s not just plum and oolong, but all kinds of other things including some crazy berries I’ve never heard of, hibiscus, rosehips, black tea(!) and osthmanthus flowers. It’s a dark oolong, and the leaves are long-ish and twisted, but not super long. I can see the smaller pieces of black tea fairly easily in the steeped leaves. The dry tea smells fruity and berry-ish, but with some other hard-to-place aroma; it’s almost medicinal, like berry tums? Which doesn’t sound very pleasant, I admit.

When steeped, the color of the liquor is a medium reddish-amber, and it smells a bit like pot smoke. Seriously. I wasn’t really expecting to feel like I’m at a rock concert in the city when smelling this tea. I’m not a fan of the aroma of weed, so it really doesn’t make me want to try it. I doesn’t taste like it smells, which is probably one of my first experiences with that; often people talk about pu-erhs smelling awful and tasting fine, and I wondered how it could be, but here’s an example (though not a pu-erh). I wouldn’t say this tastes quite “fine” though; the pot aroma does leak into the taste, which otherwise is very, very tart (hibiscus-y) and somewhat plummy, with a bit of a smoky aftertaste. I even like hibiscus but I don’t see why its necessary in this tea. Maybe if you didn’t mind the smell this tea could be enjoyable. Overall, I feel like why would you take an osthmanthus oolong (ostenstibly), then throw all this stuff on top of it? A couple of plums, maybe, would be fun, but it all seems extraneous.

A tl;dr side note: Tea District says this is their own blend (which is what they say with all of their teas), and they really go out of their way to mention it in the description of this tea. They make it seem like the blend was completely designed in house by their tea blender. However, this tea minus the black tea is identical to teas of the same name from Rishi and Arbor Teas, and similar to others with less complete descriptions. I mean, how many people could really think, “I know, this plum tea needs schizandra berries!”?? I could believe they sell the blend wholesale to other companies (though it’s not exactly their blend that appears elsewhere) but not to a huge company like Rishi. And I really doubt the small amount of black tea does much for this blend.

I understand that every tea company has to make teas seem like their own if they want people to order from them and not just some other company that offers the same tea, but I don’t like it, I feel like I’m being deceived. If you didn’t blend that tea, tell me who did. It’s up to you to distinguish yourself by your customer service, your packaging, other offerings, whatever. I’ll still order from Tea District because their Lavender Earl Grey does seem to be unique and I love it, and I’ve had good experiences with their teas and the company otherwise, plus they constantly offer groupons. Maybe I’m being unreasonable, but I like to know where my tea actually came from!

I’ve noticed that once before about plum teas smelling weedy! but I thought I was just imagining it… or had a bad batch

I’m glad I’m not the only one! I guess plum teas probably aren’t for me. :P

Thanks to brandy3392 for sending me a sample of this. I can’t say I could taste very much plum flavor. It was there, but only just. It mostly smelled and tasted like a typical oolong, which isn’t bad, but I was really hoping for a more detectable plum flavor. Oh well.