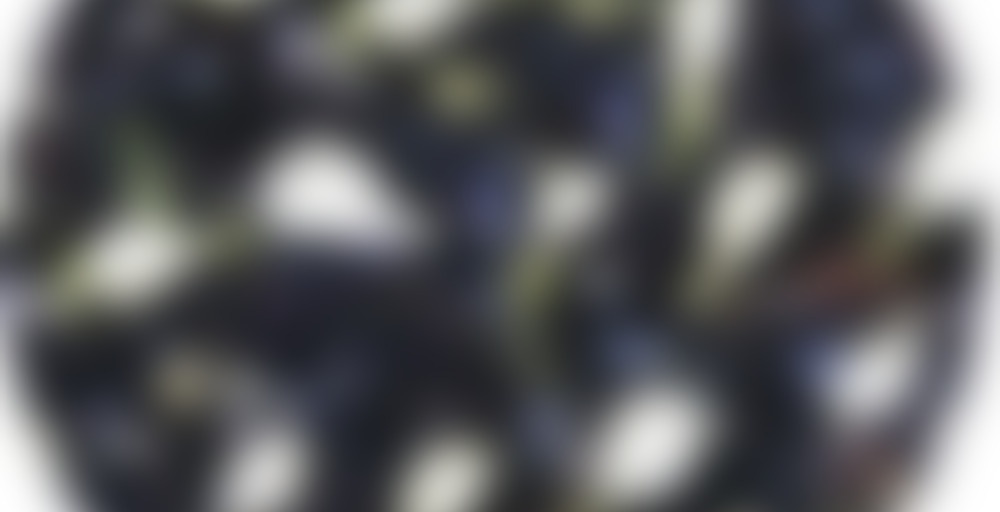 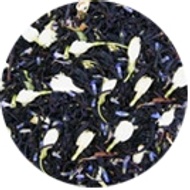 by Tea District
61
You

Lavender is perhaps the perfect complement to the sweet citrus and full-bodied flavor of Earl Grey. Plus with this one you’ll get a light aroma of jasmine!

The handle of the steeping basket of my Kati cup just broke off! Boo! Getting that thing out of the cup now requires a knife and hot fingers. :P

I really loved the sample I got of this tea before; the lavender and the Earl Grey were in a good balance, and the addition of the jasmine really rounded the whole thing out. I ran out a while ago but it was always on my list, so I ordered 2oz of it with my last Tea District order.

Upon opening the package I was a little concerned. This didn’t really smell like the tea I had before! The dry leaf smells very very lavendery, in a very herbaceous way, but there’s also a lot of other things going on in there that I can’t quite place (but don’t really smell like just bergamot and jasmine!). The brewed tea is similar: lavender, yes, but also almost spicy?

Um, what?? This is horrible!! WTF is this?? This is totally not the delicious Lavender EG I had before. It’s bitter and kind of like a spicy lavender, but overall just terrible to me. Like they mixed in a chai base instead of an Earl Grey. There is no hint of bergamot whatsoever. What on earth happened?!

ETA: I have sent this package of Lavender Earl Grey back to Tea District for replacement by another tea. They claim that there could be no error as far as the blend goes, so I’m going to have to remove my previously high rating of this tea.

Boiling 4 min, 0 sec
Yours I Like This
7 likes
3 comments
Edit

Contacted Tea District about this. They claim it couldn’t be an error, but all the same they have a guarantee and they said they would take the tea back and send me a different tea if I wanted. Guess I’ll be getting 2oz of the Magnolia Oolong instead!

I wholeheartedly agree with your penultimate paragraph. This tea was dreadful. It tasted more like licorice than bergamot or lavender. I could hardly get it down. I knew something was wrong when I took a whiff of the dry leaf. I’ll have to take them up on their guarantee because this most definitely was not a pleasure to drink. Thumbs down on this one.

I was so disappointed because the sample I got of this tea was delicious. I don’t know what happened! But yes, this was horrible in the current blend. They are good about their return policy, although I don’t know how they can claim there is nothing wrong with this blend.

I just ordered this from the Tea District, using up a groupon, and based on recommendations from Earl Grey fans. Lavender has always been a favorite of mine – usually as a fragrance but more recently as a tea!

This pairing seems to be popular – lavender with bergamot/Earl Grey – and with good reason. I’m not usually an EG fan, but this is the gateway tea that is easing me into EG waters.

Enough babbling, let’s talk tea. This is one of the more tastier versions of this pairing, but that could be due to steeping. I was at work, called away from my desk, you know how it goes. (I won’t rate it this time; I’ll pay better attention and put tea before my work (ha!) next time. There is something very warming and comforting about pairing lavender and citrus, almost like relaxing on a summer’s evening.

I am currently in a Quest to Find a Tasty Earl Grey: http://keenteathyme.blogspot.com/2011/04/quest-for-earl-grey.html

Got any other suggestions?

I’ll be following your quest with interest, because I too have been looking for my favorite EG. Although I love traditional EGs, I like all the different permutations as well.

Did I send you Metro’s Earl Grey Cream? That has been one of my top sellers.
Per the spelling, The British Earl IS “Grey” and Gray is a color.US. or Grey is a colour. British.
The Best Earl Grey tea however is a "Greyt’ quest. I have several yet to try. But Steven Smith’s Earl Grey, which I tasted at his booth at the food show, is right up there, In my opinion.

It is not canonical, but my favorite earl grey is Lady Grey. Many companies do versions (bergamot, with other citrus particularly orange) many much fancier (Kusmi makes Anastasia for example) but for my money the best I have tried yet is plain old Twinings original Lady Grey. Have you tried yet?

@ColumbiaKate – yep, that’s actually my next tea to try today. Thanks for the input on the spelling debacle. I always thought it was “Grey” for the same reasons…
@cteresa – Lady Grey is quite nice! A friend of mine who loves EG recommended I try it and I liked it. I’ve only had it once though. I liked the name “Lady Grey” because it reminded me of one of my favorite ghost stories! :)

I’m also a non-fan of EG but I’ve found that a rather strange ordinary enough brand, NUMI, has this “Aged Earl Grey” with aged bergamot… and I delight in it. The aroma knocks me out, and drinking it is actually a pleasure instead of a polite thing I tolerate when somewhere they are serving whatever random “fabulous” grey they think I’ll find irresistable :) Funny thing about lavender, which I’m allergic to in terms of the flowers being airborne (but can consume in creme brulee—my favorite use for it—or other foodstuff), I LOVE places that take a few fresh buds and put them on top of packed fresh ground espresso just before brewing. Makes a kick butt cup o’ joe (when the espresso is good, which is rare by my snootier-on-coffee-than-tea standards… and most consider me snooty on tea except for “candy teas” that are not real “tea” persay :D)