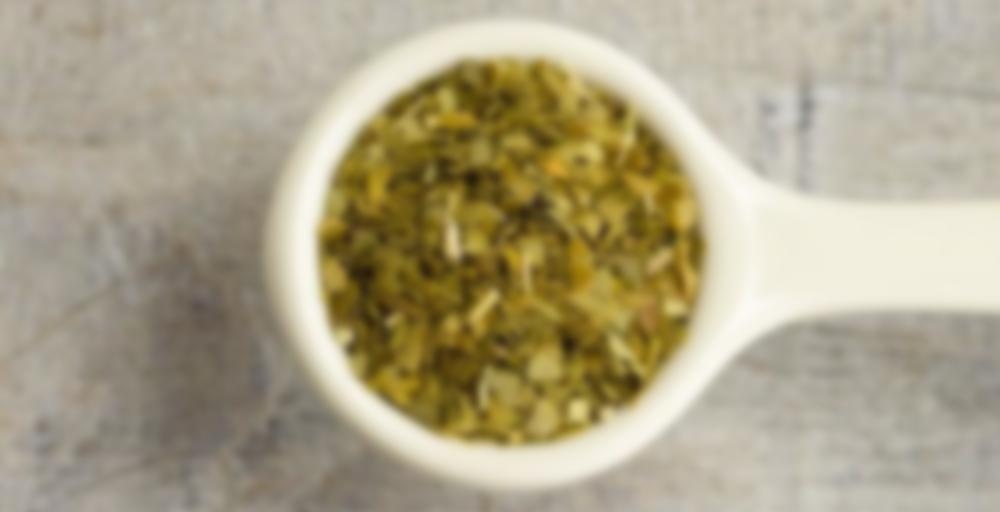 YUM! This is one of the three different teas/tisanes that I purchased when I visited Tea Chai Té a couple of weeks ago. I don’t usually order yerba maté, so I thought I’d step outside of my comfort zone a little and try something I wouldn’t normally purchase, and when I saw Vanilla Macadamia Nut … well, that’s all I needed, really!

There are really too few macadamia nut flavored teas/tisanes out there. Tasting this makes me wonder why. This is really incredible. The vanilla tones are smooth and creamy and sweet, and the taste of the macadamia nut sort of sneaks up on you, starting as a rather subtle flavor and developing with each sip. By mid-cup, it’s delicious macadamia nuttiness!

That sounds delicious! I have always been a fan of vanilla.

I was very intrigued by a macadamia nut tea. Combined with the vanilla, I was hoping for a white chocolate macadamia nut cookie vibe, and hot was actually pretty close! A very nice, creamy Yerba mate blend that wasn’t overwhelming.

I really enjoy this one too!

The smell is very vanilla! Like the vanilla coffee is sometimes scented with.

Hmm, I feel like I’m tasting the vanilla and then the mate, but not together. Or something grassy. There’s a very slight note of macadamia, but I wish it had a little more of that.

It’s not bad, but after smelling it, I’m a bit disappointed by the taste.

Autumn Harvest! Going nutty again today, though this is my only macademia nut tea (honestly, I don’t think I’ve even seen any other macademia nut teas!) and it’s on a rather unique base — yerba mate (another rarity, as yerba mate blends in general are rather rare). The smell is interesting to me, because I’ve had plain yerba mate and it tasted just like gunpowder green tea to me — vegetal and like tobacco smoke — but this smells just like a nutty coffee with a bit of vanilla creamer from the dry leaf. It’s soooooo appealing! I usually only get roasted mate because I don’t care for that tobacco smoky taste, but this doesn’t even have a hint of that from the aroma.

Steeped up the tea is lightly golden, and the tea tastes very similar to the aroma. It isn’t a strong coffee flavor by any means (nothing like roasted barley) but I’m getting it. It’s a bit vegetal too, a bit like dry hay, but I’m not getting that smoky tobacco taste that turned me off so much from plain, unroasted mate before. The flavoring of vanilla and macademia nut oils is wonderful! It’s not overwhelming, but it really does seem to bring out that sweet, nutty coffee feel, and it’s so natural, too. The nut is very forward on the sip, and the vanilla just adds a sweetness that sort of lingers at the end, and the two flavors compliment each other well.

This is probably the best unroasted yerba mate I’ve ever had. Will definitely be keeping this one around!

Whoa, I have never smelled a tea that smells so much like coffee!!! It a little weird to be honest. For the record, I don’t know anything about yerba mate. The taste is really light and toasty. The buttery macadamia nut is nicely complemented by the mellow vanilla flavor. Also, it kicked out my headache, so yay.