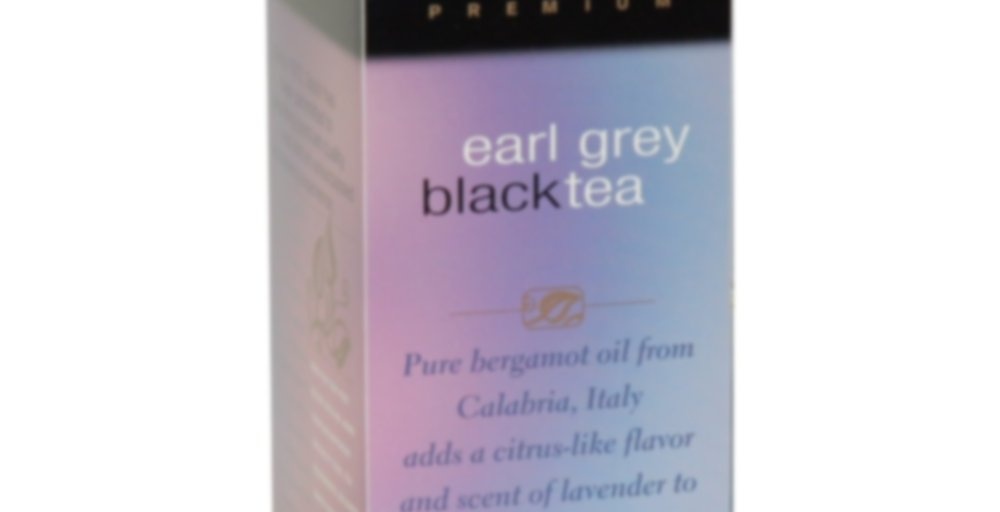 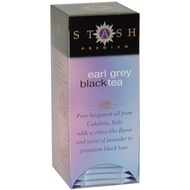 by Stash Tea Company
67
You

with 71 Ratings Rate this tea Rate This Tea

A Stash Tea best seller and long-time customer favorite! Earl Grey is black tea scented with bergamot, an oil extracted from a pear-shaped Mediterranean citrus about the size of an orange. Earl Grey brews up a beautiful amber cup with a distinctive flavor and lightly fragrant aroma.
Earl Grey is a versatile tea, at its best in the afternoon or after dinner. Delicious and flavorful plain, it may also be served with sugar and milk. Plus, it makes a wonderful, refreshing iced tea.
The tea leaves in Earl Grey are usually a blend of Chinese black or Indian Darjeeling teas. Stash uses superior grades of Ceylon black tea from Sri Lanka and black teas from China for our Earl Grey. We strive for a distinctive tea flavor that is not overwhelmed by the pungent citrus, and we use only 100% pure bergamot oil, not a mixture.
Story has it that in 1830 Englishman Charles Earl Grey (the second Earl Grey, 1764-1845) was on a diplomatic mission to China, when a mandarin presented him with the recipe for making this distinctive tea. Now it is the most famous scented tea in the Western world.

Backlog: Yesterday morning, my hubby took me and my daughter and her best friend out for breakfast and the place we visited had a selection of Stash Teas. I didn’t really have high hopes for them at first when I asked them what kind of tea they had, and they could only name one of them (Earl Grey) and I asked them what brand it was and she answered “I have no idea, I’ve never really noticed the brand.” Then my hubby groaned and said “Tea snob” in a not so hushed tone. But at least it wasn’t Lipton Earl Grey, so that was a step in the right direction.

This isn’t a bad Earl Grey (for a bad Earl Grey, try the aforementioned Lipton’s) but it isn’t great either. It kind of makes me sad in a way, because this was one of Steven Smith’s first tea companies, but, of course, they could have changed much since he left. I just had higher hopes for the tea than what it was able to deliver, but it wasn’t terrible. The black tea flavor was pleasant enough although it wasn’t particularly a strong or bold black base, and the bergamot was at a moderate level – I could taste the bergamot, but, it wasn’t the best bergamot I ever tasted, either. I’d rate this as average.

That is classic, I didn’t notice the label on mine either. In fact there is a characteristic acolate taste with any of their flavorings or perhaps it’s the leaf they use, either way the scorchy toast flavor lingers in the mouth allowing one to hug oneself and remember back to the time when teas taste good and the teapot isn’t still in the cupboard.

Stash is usually not terrible. I don’t think I’ve ever had a tea bag from Stash that I didn’t like, and I’ve tried plenty! Dry, this one smells nice…kind of like lemon myrtle. The flavor isn’t bad, but it isn’t delicious. The black base is decent. But it’s almost like they mixed some actual bergamot with some of that fakey bergamot that I dare say reminds me of bug spray. I think I’ve had the worst of the bergamot teas before, so that one makes this one better.

Kuba Kuba with Emily before we went to see the beautifully awful Bing Crosby movie.

and I also had a cup of this, with stevia added, just for variety sake.
After breakfast, I went to starbucks, which is in the same strip mall. I had my 16 oz awesome stainless steel travel cup with me, because at least I can get a decent Chai from there! And I did.

The only Earl Grey I will drink lately! Really wish Stash would start distributing on a larger scale on the east coast- it’s so hit or miss and drives me crazy…but it is really good bagged tea!

This one is good too! Although primarily I am in love with Tazo Earl Grey.

Two teabags for about 4-6 minutes, a half a mug of water, and fill the rest with milk. It isn’t my favorite tea so far but I have apparently been on a kick because it is now all gone.

Backlogging: Purchased this while away for a week, but it just caused me to miss my beloved Upton Earl Grey Vanilla. What I miss is the actual black tea part (weird for me to say, but it’s true!). While the bergamot is noticeable, it’s weak overall. Not bad, just “ok”.

had a cup with honey this morning. i think honey really does bring out the bergamot flavor, as opposed to sugar. yay! found another interesting way to drink my tea =]

I got a tea recently which is blended on an Earl Grey base. I’ll to try and remember to give it a little bit of honey the next time I have it. Thanks for the tip! :)

I have this one too and like it. Need to give the honey a try!

This is a decent Earl grey, but it’s not as strong as I would have hoped. The bergamot is not too heavy or bitter, and it’s good. It’s lemony and a little sweet in scent, though the tea itself isn’t sweet without sugar. The black tea in it is a little unremarkable as well, but I like it. I’ve been pleasantly surprised by Stash several times now. Their fruity black teas have all been yummy.

The back of the packet recommended a 3-5 minute steep time. Next time, I’ll go for the full five minutes for a stronger flavor. Not sure what else to say about this one… it’s pretty standard.

Ehh…So I’m traveling for work and all that’s here is a local grocery store with the likes of Lipton, Tetley, and a few Stash selections. I was feeling bergamot, and though it’s a bit generic, the bergamot is actually a bit more present in a citrusy way than I’m used to. This bagged Stash stuff isn’t so bad in a pinch. Now so long as I don’t get cancer from nuking my styrofoam-ish cup of water to boiling, it’ll be a total WIN!