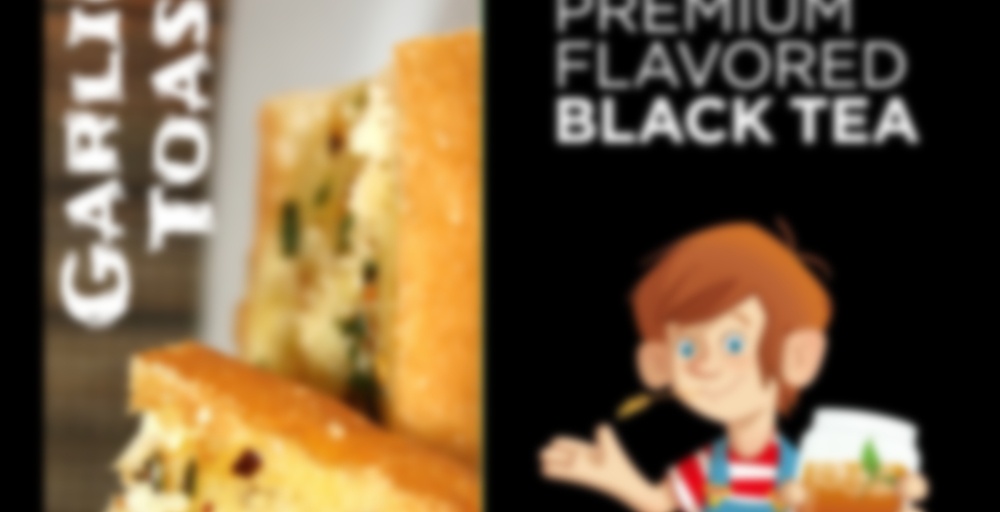 by Southern Boy Teas
63
You

Er, yeah, we went there. On our recent trip to the ASD tradeshow in Las Vegas, we met some folks who were from the “Garlic Capital of the World”. They challenged us to make a tea with garlic in it, and here it is. It’s our premium organic Iyerpadi black tea with organic garlic, bread and butter flavors. If you like garlic, you’re going to have to try this one. It made the whole office smell like a pizzeria or something.

I left this one until last because it’s just too weird, and I do honestly wonder what I was thinking when I bought it…however many years ago that was. I was prepared to be surprised, though, since I felt the same way about Maple Bacon, and I actually quite liked that one.

Not the same here, unfortunately. When I opened the pouch, it exuded the strongest dried garlic scent I think I’ve ever experienced, which made me a little nervous about exactly how much garlic might be in the blend. I was hoping for subtle! Once brewed, it is more muted in scent terms, although it was still pungent enough to completely stink out my fridge in the few hours it sat in there.

To taste, it’s…interesting. It’s on the usual SBT black base, so on the sweet side and pretty malty. It’s very smooth and buttery, with a mouthfeel that’s almost a little too oily for my tastes. Then there’s the garlic. It’s not super strong, but it makes for a distinctly odd pairing with the sweet tea base. It captures several aspects of garlic bread, but I can’t say I’m drinking it and enjoying it. Tolerating, at best.

The problem I have with this is that the base is just too sweet, and that’s too much of a contrast with the otherwise savoury flavour profile. I drank about half a glass of this one and then dumped the rest. It just really wasn’t for me, but at least I tried it! In hindsight, probably not one of the better SBT flavour ideas…

But I like it. Although I have to be honest, when I was preparing it last night, I wasn’t so sure that I’d like it. When I opened the pouch – oh my goodness – it was GARLIC. It smelled like I just opened the oven and inside was a halved loaf of French Bread that had been slathered with garlic butter and toasted until it was golden brown. So, as I was making the tea all I could think of was: This is so weird. This is not an odor I ever imagined smelling as I was making iced tea.

OK, that wasn’t the only thought I was having. My other thought was: I’m going to have to run a “cleaning cycle” on my Breville after I finish making this because I don’t want any residual odors/essences to latch themselves onto my next cup of tea.

OK … anyway, that was last night. Today, I’m drinking a glass of Garlic Toast flavored iced tea. And, yes, it’s weird, but it’s also … good. Believe it or not. I like the savory element of the garlic. I like that zesty garlic flavor. It highlights the black tea in a different way where I am exploring more of the sweet elements of the black tea because of how well they contrast with the sharp heat of the garlic.

And the garlic is not a heavy or overwhelming flavor. It is THERE and not hiding behind the tea at all, but there is more tea taste to this than garlic. I am drinking garlic flavored tea … not tea drowning in garlic essence.

Weird. Yes. But weird in a very interesting, unusual, and ultimately, tasty way.

Oh, my…what’ll they think of next?