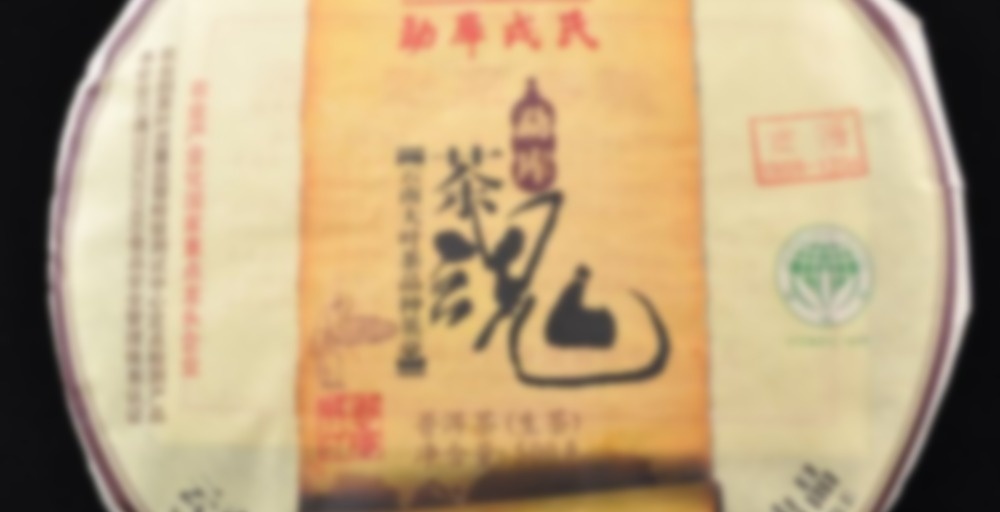 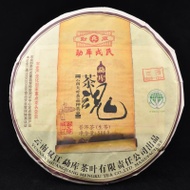 2012 Mengku “Spirit of Tea” Premium Raw 500g
This is one of the highest grade tea cakes that has ever been produced by the Mengku Rongshi tea factory and is a limited quantity production. It is entirely wild arbor tea which has been hand processed and stone-pressed. Mengku Rongshi tea factory is well-known for its de-centralized processing “huts” that allow the tea to be quickly processed in small batches on the tea mountain. The time it takes to bring the fresh leaves to town from remote areas is too long leading to excessive wilting. Certified Organic by OTRDC China.

This is for the 2013 version, which doesn’t appear to have an entry. Sweet and mellow as mentioned, almost grainlike flavors. Not very grassy. There’s a little huigan, but it’s not that pronounced. The main reason I’m rating this as high as I am is the qi. For an hour after consuming it, I was very dizzy and euphoric and found all manner of decidedly unfunny things funny. I was still shaking after two hours. This is far and away the strongest qi I have encountered in my puerh journey thus far. (Though I do have a nice HLH Cha Wang sample sitting unopened for next week…)
The main downsides I can see are the lack of bitterness/staying power and that the qi doesn’t lend itself well to relaxing or to contemplating much of anything. Drinking it in excess also gives me a rather nasty headache.
I flash brewed this tea using boiling or very near boiling water, 5g of leaf, and White2Tea’s standard ruyao gaiwan. I got somewhere on the order of 15 steepings before it began to lose strength.

Descriptions of this tea indicate that it is one of the highest grade teas produced by the Shuangjiang Mengku Tea Co. The hand processing and stone compression result in moderate compression of the cake and make it very easy to pick off whole leaves. The leaves look lovely – for a factory produced puerh, they are very large and whole rather than bits, pieces, and stems. The smell of the dry leaf is clean and fresh. I rinsed twice and steeped the leaves three times but I’m not ready to describe the tea in detail for I really don’t think I’ve worked with this one enough. The cups were sweet and mellow but lacked the flavor profile I was expecting. Thus, to be continued…….

Shuangjiang Mengku earned my respect several years ago, some of their offerings quality are just beautiful to the point where I’ve looked at the leaves and feel back that they are done and on the way to the trash. When I buy a house they will continue with purpose in a compost mound. :D

I am a fan of most S.Mengku teas I’ve tried but the leaves in this one grabbed my attention more than others. By the way, I send many of my used leaves back to the soil in my yard.

It’s interesting that the flavour of the tea never met your expectations and you never took detailed notes because of this. I had a similar dilemma yesterday. I would like to know how much of this tea you bought – is it a sample or is it more?

tea123 – I have high hopes for this one. It is still quite young and I tried it quickly after it arrived. Time and good storage should help it come into its own. S.Mengku’s “spirit” series cakes came recommended by someone I trust. For that reason, I purchased a cake.