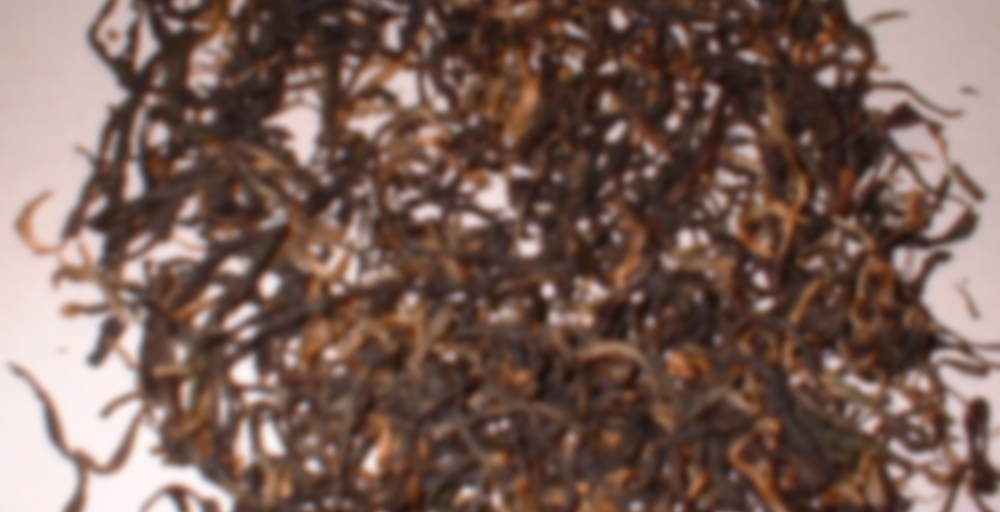 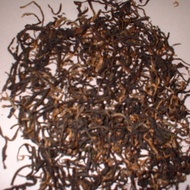 by plymouth tea
73
You

Fresh from the Shounin County in Fujian Province,China we are offering a very special grade of Golden Monkey. Produced in limited quantities, it is a high grown tea that is manufactured by hand/orthodox methods.
Leaf appearance is much like an oolong:long,large, and twisted. It produces a malty,full bodied brew—yet it has a sweet and aromatic finish, not unlike a super grade oolong
The bush is a special varietal that is not available outside the region, so we consider it a rare tea.
Due to it’s oolong like leaf it can take up to a 5 min steep.

Wanted to post something but didn’t want to spend forever dissecting it so I grabbed something tasty but somewhat one-dimensional… Okay, maybe it’s two-dimensional if care is taken but I brewed this at twice the concentration I ought to have. I’ll consider posting a second note tonight if I decide to brew again at a more appropriate strength.

At this strength the discernible characteristics are somewhat shortlisted. Shorter brewing times with high concentration doesn’t really help this one too much… I like it better ’round 2g/100mL at the same times I used here. Still, it never becomes too dynamic – just comforting and easy drinking with varying degrees of intensity (mild overall in all aspects).

Tasty, but far from the “King” of anything. Tanyang/Tanyangcun is just to the south of Shouning county’s administrative border, under the auspices of Fu’an. But if there’s one thing I’ve leaned about terroir and city/county borders by living in wine country, it is better to look at mountain ranges and relative proximity to bodies of water than where county lines are drawn. This tea tastes very little like the classical “Panyang” or “Tanyang” red teas… Or either of the other two famous MinBei HongChas (Zhenghe/Changde and Bai Lin/Pak Lam), though I’m certain this has far more to do with leaf size than locale. It tastes very much like a mild red tea tossed together with a very mild dark oolong. Sort of in-between a very bud-heavy Bai Lin and one of the TTES reds like the #18 Ruby. I’ll leave it at that.
Inexpensive for what it is. Tasty but not great… It makes a fantastic iced tea in summer similar to Bai Hao Oolong but a bit more brisk. Picked this up last winter but still have around 150g left – really hasn’t changed all that noticeably.