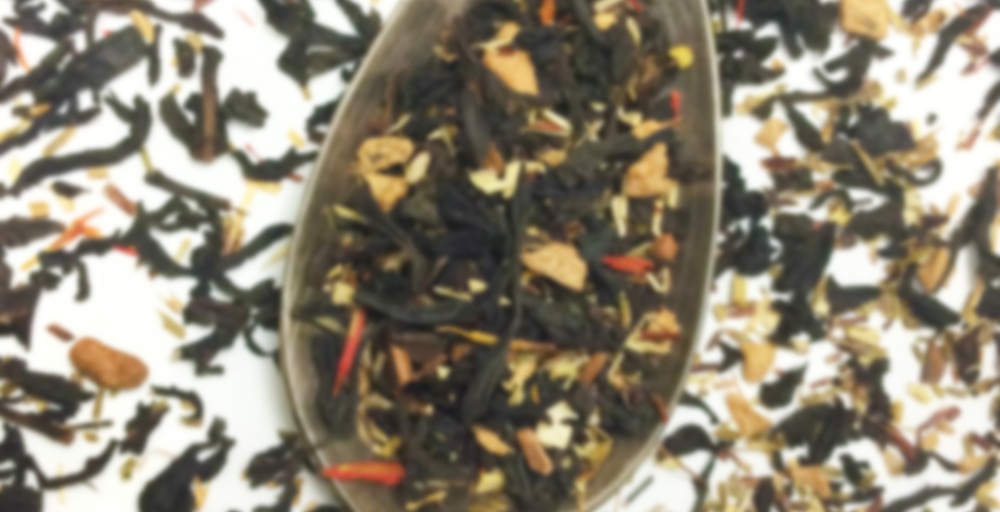 by Plum Deluxe
74
You

If you haven’t had a smoky tea then you’re missing out on a unique experience! We’ve combined a smoked black tea with hints of walnut, chocolate, and vanilla. Sometimes smoked teas can be quite forward – we’ve taken a more balanced approach (but this tea is still smoky!). Consider quality time by the fire sharing good stories as the perfect activity or mindset when sipping this tea.

Tiny free sample that came with my advent order. I didn’t notice that this included lapsang, so I was very surprised at the scent, but it makes sense with the name of the tea. The strongest flavor is the lapsang, which is not a flavor I love generally, but it works well here. I’m having this with milk, and it tastes pretty cohesively desserty. I’d totally have this one again. It has just the right balance between smoke and other flavors.

I had a small sample of this one. Decided to give it a chance because it was advertised as smokey. I am no longer a big fan of chai in general because to me a lot of times the taste reminds me of colored pencils (weird, I know, but true). This is a good one, though. The pepper is strong and lightly tickles the back of the throat. Most of the spice relies on that rather than some of the other chai type spices. I didn’t sense smokiness that much, but when I first started sipping it does remind you of fires and ashes (but in a good way). This one is unique as described. Peppery, spicey, and reminds me of fireplaces outside on a brisk, chilled night. Will buy a full order later. It’s not something I would drink daily, but good for certain moods.

Nigella sativa tastes and smells EXACTLY like new pencils to me.

I’m glad someone else brought that up. Most chai reminds me of colored pencils anymore, it’s so odd

I got this as a free sample with the advent calendar that I ordered for my sister. It came yesterday (at last) but I was too tired to drive over to Minnesota to give it to her last night.

This tea was nice. I didn’t LOVE it, but I enjoyed the flavor a lot more as it cooled. The cinnamon was a bit drying on my tongue. I don’t think I would order any more of this one, but if a friend served it I would have no trouble drinking the cup.

This is the free sample that came with my advent order. Figured since it’s such a small package and I fear losing it I may as well just drink it up this morning. I actually weighed the tea (surprisingly, I actually weigh most of my tea rather than using imperial “teaspoons”), and it weighs 1.95g — I usually use 2.5g for a 12 oz/350ml cup of tea (up to 3g if I’m trying to use up a bit of leaf and it’s a tea that doesn’t tend to go super bitter on me). Using my favorite leaf-to-ratio calculator, OCTea [ https://octea.ndim.space/#/ ], dropping it to 8 oz/250ml seemed a safe choice. So hopefully the cuppa will balance out correctly! 205F water, 3 minute steep.

The package just said “black tea” but after brewing and smelling that distinct piney smoked aroma, they must have used Lapsang Souchong. I tend to have issues with that tea and avoid it as it is a migraine trigger; occassionally if it is used with a subtle hand with enough other flavors I’m okay (I’ve had some 52Teas blends that worked for me!) so we’ll see… It is a strong enough aroma I’m having a hard time making out any other aromas in the cup, which usually isn’t a good sign for me (it really does have to be subtle, if my head thinks there is smoke in the air, it flips the migraine switch…)

Honestly, I don’t mind the flavor; the lapsang is coming on the most strongly, but I’m getting a strong pine flavor that I really enjoy and the smoke isn’t coming off as a burnt or charred flavor like I get in some teas. But it is still such a strong flavor I’m having a hard time tasting anything else in the cup. I assume that the rooibos (though I can’t taste it) is at least cutting the intensity of the lapsang a bit which is probably why I’m able to tolerate this, and I am getting a little hint of the spices left on my tongue after the sip. But that vanila/walnut/chocolate flavor the tea is supposed to have? That is just impossible to taste against pine smoke. At least for me.

Pleasant, toned back enough that I am not inhaling smoke and going to get a headache, but not a flavor I’d care to have in my cupboard.

I can imagine drinking this tea somewhere in mountain hut after some long hike. Seems interesting for me :)

Seems an odd choice for a free sample, given smoked teas are so polarizing…

I kind of see what they were going for here, but yeah… I feel like lapsang should just be drunk plain because the smokiness will overpower everything else. I have to keep it away from all my other blends in my cabinet because it will make them all taste like smoke just from sitting near them!

I’ve had a few flavored blends where it worked… I think the key is it was used extremely sparingly so the ratio of it compared to all the other ingredients was so minimal that it added a bit of smokiness but the other tea leaf/ingredients still carried the flavor. I’m assuming the rooibos must have held the flavoring here? Even though there was a higher amount of rooibos to lapsang (from what I could tell in this small sample) it was not nearly enough of a ratio difference for the lapsang to not completely whallop out any flavoring that might have been in the other leaf.