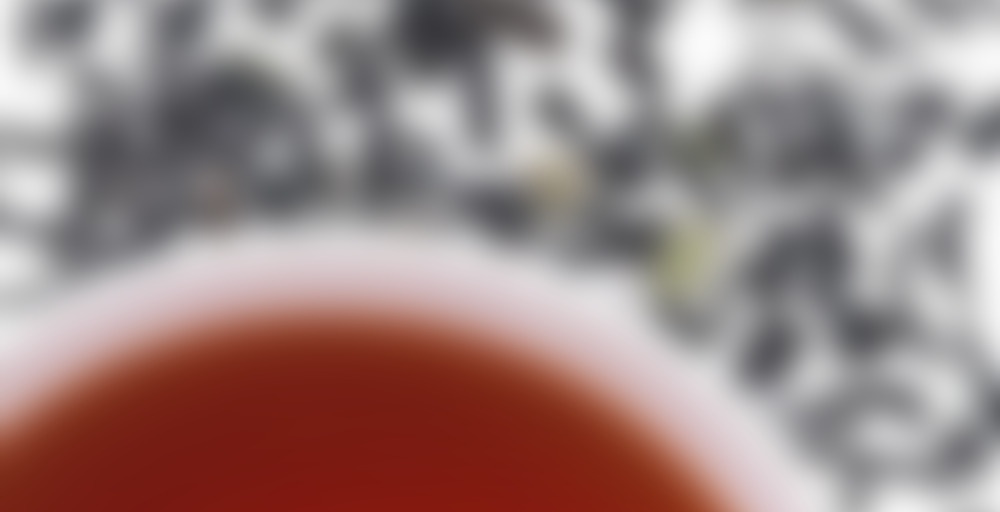 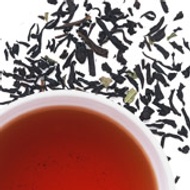 Indian teas flavored with the essence of black currants. Sweet and fruity.

This blend of black teas flavored with black currant is many people’s first introduction to Peet’s teas. The flavor is sweet and fruity, without any of the artificial notes that are commonplace with flavored teas. Black Currant makes a refreshing iced tea as well as hot.

The Rosehips months of Whining (aka Summer) continues on, with me cast as the lead whiner.
Gosh its hot. I hate it when I wake up and find that its just already boiling. That means nothing will be pleasant today, I’ll feel wrung out and sticky, and my beloved tea will seem almost too hot to contemplate.
Grr.
Reaching for the lighter flavors today, by way of adjustment, but it only works so much. Yes, its a light and almost juicy tea, but it still makes my feel a little too warm. Grr.

Did you hear Peet’s is discontinuing their tea line? They’re bringing in the MIghty Leaf!

For reals, man. Summer needs to be stopped. Ugh.

Happy Easter! I had a cup of this delicious tea today. Perfectly delicious straight up, the currant flavor is enhanced with a drop of honey. The sweet, almost floral flavors of black currant mingle with the nearly citrus flavor of the tea itself, which also has a faint flavor of malty toastiness. Sip by sip, I savored this tea as the steam enveloped my face, fogging my glasses.

Happy Easter! Sounds like this was the perfect cup to celebrate with. :)

I’m having a hard time rating this tea. I made a big batch of it iced. I originally thought it was blackberry, not black currant and that it tasted like blackberry leaf, not blackberry.

That said, I’m perplexed. I originally didn’t love it, so I did what any respectable girl would do and mixed in some lemonade. That made it better.

Then, I tried it again. Still not black currant, but the flavor improved after sitting in my fridge for a while.

The jury is still out on this one. It’s just odd.

The tea snobbery session started at Peet’s, where my bestie and I each picked a tea, chose a third to split, and then decided to try this in the store, since we got a free cup with our purchase.

Yum! The first thing I noticed was that if you blow on the steam, it sticks to the surface of the tea, because I’m a child. I was a little afraid the tea would be sticky, but nope. It was pretty delicious and not at all sticky. It smells great, very berryish.

The currant gives it a nice, jammy flavor. The tea is strong enough to taste, but doesn’t horn in on the currant’s show at all, just gives it a nice base to work off of. It’s very sweet, as promised — no extra sweetener is needed — but it did taste a tiiiiny bit artificial toward the end of the cup, just the last sip or two. Not the greatest end.

Even so, it was pretty good and I was kind of wishing we’d gotten some of that, too, as we left. (And we ended up splitting all three teas because we decided we wanted to try them all.)

Black Currant – a good friend after a lil too much Friday night fun.