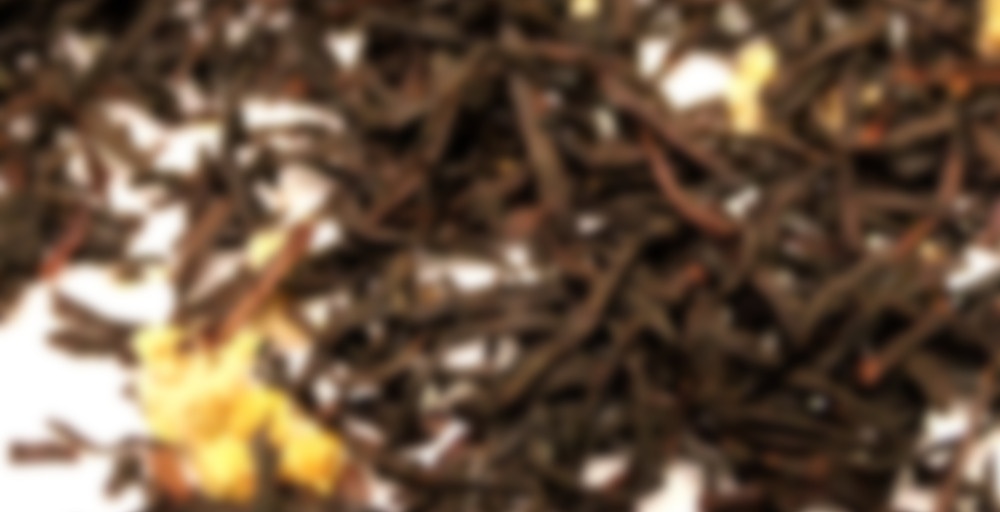 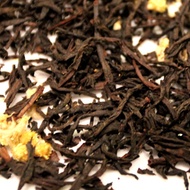 by Palais des Thes
78
You

Rediscover the classic fragrances of tea with our lemon tea!

Discover a tea scented with a unique fragrance taken directly from nature: lemon. This tea associates the zesty fragrances of sun-ripened lemons with the round aromas of a black tea, Orange Pekoe, from Sri Lanka. A fresh and zingy blend!

This is tasty, but not what a lot of people would think it would taste like. It is lemon, but more of a sweet lemon than sour lemon. With that, the tea is mellow and errs on sweet, and I think if you added sugar it would have a lemon candy aspect to it. I actually really like it, and I usually prefer fruit flavors to be strong, but strong lemon sometimes tastes artificial.

This is one of the Palais des Thés teas that I purchased when Rue La La had them for sale (at about half price!). It was part of the Indulgences sampler. The tea itself is a blend of generic black tea leaves and beautiful pale yellow helichrysum flowers. Dry scent is lemony and sweet and reminds me of lemon drops! :D

Once steeped, the aroma is a mix of black tea and lemon candy. Hm, this is a perfectly pleasant lemon black tea! The tea is strong enough to hold its own, but not too strong or at all bitter. It doesn’t really have any distinguishing characteristics, just a generic “black tea” flavor. The lemon is mild, but it’s somewhat sweet and more of a dessert lemon (sort of like Butiki’s Lemon French Macaron). Overall, this is yummy! And I bet it would be fantastic with a bit of sweetening.

Well, I fixed the Pledge/Rind problem! On a hunch, I added milk to a thermos of this I was drinking in the morning before work, and it totally erased and grossness and just left a very smooth creamy vanilla lemon treat! Like a lemon Campino, loosely. Or I guess what I’m getting at is that even though it was soft and creamy, it wasn’t confectionery.

Happy I made this one work for me for the last cup; but not one I’ll be buying. I just don’t like lemon with a black base, really…

Do lemon campinos exist?? I think I’ve only ever had… peach, orange, strawberry.

Now you’ve got me questioning/doubting… I was sure the did. Searches Yes they do!

:o I haven’t had Campinos in ages, so that might be why. I may have to locate some more though…

I do agree with the marketing text on Palais des Thés Le Citron: it’s a classic flavor for sure. In fact, it smacks somewhat of the grocery store “classic” Bigelow Lemon Lift! The concept is very similar, and the quality of this blend might be better, but I do hold fond memories of Lemon Lift from years ago—before loose tea started to become readily available, and long before the advent of “silken sachets”!

I won’t buy this blend again, but it’s nice to have a 1 ounce tin, which I’ll surely finish up. Each time I brew a cup, yet more Lemon Lift memories bubble up. The other “classic” from Bigelow of which I consumed quite a lot back in the day was Constant Comment. Both were “do not add cream or sugar” teas for me, unlike the vast majority of grocery store blends. (To say nothing of the ghastly “Orange Pekoe” filter bag fiascoes, many of which clearly contained lint swept off the floor after all of the serious tea buyers had left the room…)

I suppose that if I did a side-by-side test today, now that I fashion myself something of a tea sophisticate, I’d find that my memories are more positive than the reality…

This was the fourth and (sadly) last of the fancy half-off sale teas that I purchased from Dean & Deluca last weekend. Being a Southern iced tea with lemon drinker for many years, I was anxious to see if this French hot version would reach the same high level of enjoyment for me.

When I opened the classy tall metal container (which was packaged in a somewhat elegant and sturdy outer box), a powerful scent of lemon instantly filled the air. The lemon aroma also smelled like the real deal, and not comprised of artificial components.

Mixed in with the black leaves were little yellow flowers that looked almost like miniature dandelions. I steeped the mixture for five minutes at 205 degrees as recommended on the outer box. The brewed color was dark amber. The odor was like tea. I couldn’t detect any of the lemon scent in the finished product.

My first few sips contained strictly black tea flavors. The ingredients say that orange pekoe is also in the mix, but I wasn’t able to discern it. I rolled the tea around in my mouth a few times to try to squeeze some lemon flavor from the liquid. This technique was unsuccessful, but after a few more sips, I noticed some lemon residue in the aftertaste. There also was a slightly sweet and tangy quality that probably resulted from the combination of the flavors.

This tea became more lemony for me as I reached the half-empty (or was it half-full?) mark of my cup. The wisp of lemon was with me from that point forward.

Here’s how I summed up the experience:

This was a friendly tea. I would not trade my Southern iced tea with lemon for it, but I will drink it periodically until the container is finished. After all, the price was right. I would also not hesitate to serve it to friends. You might want to give it a try if you are looking for a black tea with quiet lemon accents.