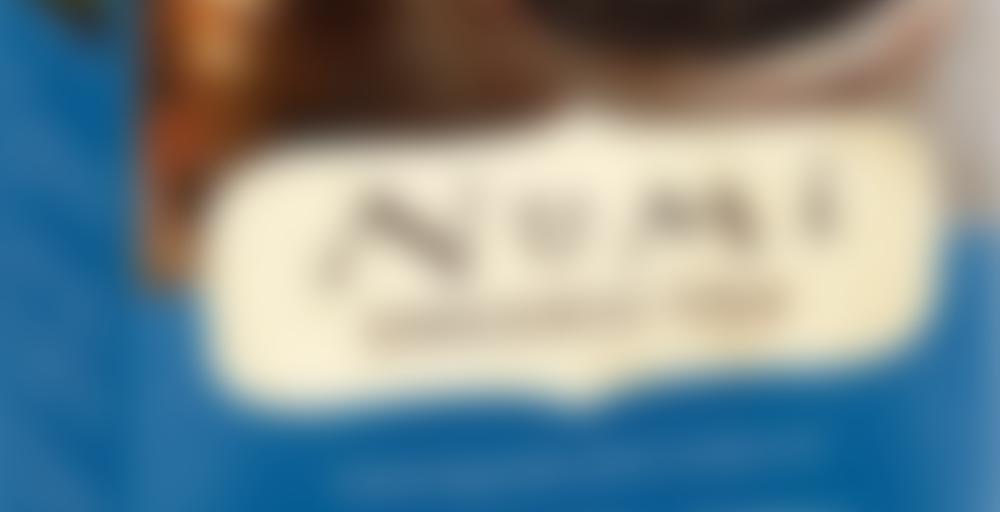 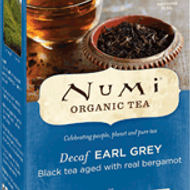 by Numi Organic Tea
80
You

Real Italian bergamot is aged with organic decaffeinated black tea so the tea naturally absorbs the orange scent. This classic tea has a rich, smooth robust flavor with refined citrus tones and can now be enjoyed in the evenings! The CO2 decaf process is chemical free and retains more flavor and health properties.

I like this tea a lot. I tried it two ways; first black (very good), then with a little soy milk to misto it up like a London Fog. I found it a little weak (but still tasty) when I added the splash of soy milk, so I think I should have steeped it longer for that. Will try it again with a longer steep time than recommended (it says five minutes, but if you’re adding anything it wouldn’t be a bad idea to steep it a minute longer, maybe 6 minutes.)

I haven’t tried Twinings’ Decaf Earl Grey but that’s the one I would like to compare this to and add an update with my impressions of each. Overall, I really like this tea, and plan to experiment with it a little further.

Numi in general, I’ve found, is an excellent brand. I’ve never been disappointed by anything they’ve offered.

UPDATE: I’ve read from a blog (http://breweddaily.com/2009/01/homemade-london-fog-tea-latte/) that Earl Grey can get bitter if oversteeped – and that the best bet is to use two tea bags instead.

Judging by all externals, Mighty Leaf Earl Grey Decaf should have trounced the competition, this Numi Decaf Earl Grey, in tonight’s steep-off chez sherapop. The dried tea smelled better, there seemed to be much more of it, and in leaves not fannings and dust. Moreover, the liquor was slightly darker, reddish amber rather than dark orange.

It just goes to show, once again: you can’t judge a book by its cover or a tea by its trappings. This filterbag decaffeinated Earl Grey tastes better to me. I prefer the less intense bergamot and the black tea base, which may be Assam. I am not entirely sure, but Numi indicates that the regular (not decaffeinated) Earl Grey is aged Assam. They also apparently age the bergamot with the tea, and perhaps that is why I like this one better.

When I added cream to the two glasses, I found that the Numi had more of a slate brown veering grey color to it, while the Mighty Leaf was more of a burnt sienna shade.

In the end, Numi Decaf Earl Grey wins the steep off. I recall not having liked the Mighty Leaf Earl Grey (not decaf) very much, so it may all come down to the base tea and the degree of bergamotization. If that’s not a word, it should be!

These steep-offs are very helpful!

I almost grabbed both yesterday but I’m kind of glad I didn’t. Haha. I’ll be sure to grab the Numi for the earl grey lovers in my life. Thanks!

You’re welcome, Amaryllis. Please remember that these are matters of taste more than anything else!:-)