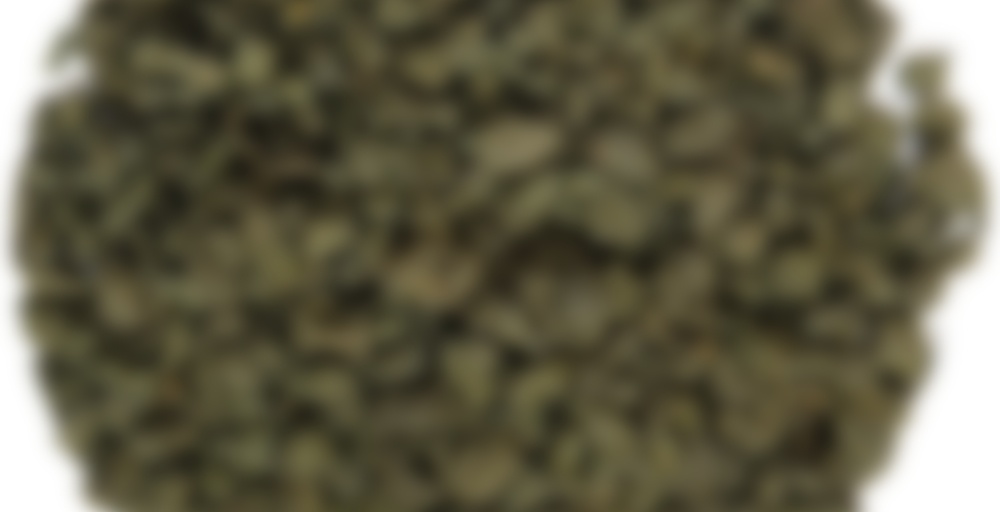 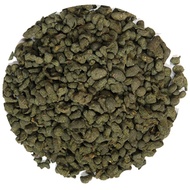 by Nothing But Tea
64
You

This tea has proved so popular it has now become a permanent fixture in our range. The rolled leaves are coated with powdered ginseng, which produces a wonderful smooth and balanced cup.

Brewing Advice: One teaspoon per mug. Add hot but not boiling water (80 deg C). Steep for one and a half to two minutes. Suitable for Multiple Infusions

Once upon a time I had a ginseng oolong from Chaplon. They said that it had a licorice-y aftertaste which was what pulled me in. And it did! It was quite nice, actually. But it must not have sold too well, because the last time I visited Chaplon’s website, the same ginseng oolong was now being sold as ginseng fertilizer!!! Underneath it said ‘ginseng oolong’ in smaller font. I looked really hard at the pictures, and I read the description. I am positive that it’s the same one. Fertilizer.

I wish I was making this up, Steepsterites. Srsly.

This one from Nothing But Tea, however, was included in my oolong sampler pack from them, and it looks like I remember the Chaplon one looked. I believe that may actually be the reason that it didn’t swell very well. This tea has the most bizarre looking leaves ever. They don’t even look live leaves. They’re all rolled up and covered in ginseng powder, so that what you actually get are little tiny pellets with a smooth surface. They look like pebbles. I can imagine that this was not entirely pleasing to the conservative danish eye.

The aroma is rather difficult to decipher. It’s a sort of mix between cocoa, butter and something like fresh wood. Like if you break a twig off a tree and smell it. It’s not really one note over any of the others but it doesn’t feel like an equal mix of the three either. I don’t know what ginseng is supposed to smell like, but I expect it’s probably ginseng I can smell.

Tastewise, it’s pretty watery. I winged the brewing of it and it definitely tastes like I did something or other wrong. My immediate guess would be not enough leaf combined with not long enough steep. As it cools a bit, flavours start coming out more and it gains an almost pu-erh-y flavour. Dark and earthy. And yes, there it is. The vaguely licorice-y note at the back of the throat on the swallow.

I’ll have to remember to only make half the pot with the half sample I have left, because it definitely tastes like it could have taken a huge benefit from being stronger here and it’s actually not very difficult to imagine what it might have been like if brewed better than this.

Is it better or worse than the fertilizer from Chaplon? I can’t say. It’s been four years since I had that, so I can’t really compare there. But either way if I were to get more or this, I would definitely go for Nothing But Tea’s. Mainly because even though it is the same product I absolutely refuse to brew up and drink a tea that has been sold as fertilizer. (Also Chaplon’s is only sold in 800g batches…) I don’t know, though, whether or not this is something I want to buy. It’s good, but it’s not brilliant. I’ll have to think about whether or not it’s good enough.

The first infusion I made of this was very weak – the ginseng powder coating didn’t dissolve enough to let the leaves unfurl much. I tend to do short steeps of a small volume of oolong, but for this tea I think a much longer steep is required just to give the ginseng time to dissolve.

Because the infusion was so weak, the oolong flavour couldn’t really shine through, which was quite disappointing, but I was pleasantly surprised by the aftertaste (Angrboda calls it licorice-y and I think this is an accurate description).

The second infusion was much better, having a really nice orange-brown colour and smelling sweet with an odd woody note that I can’t quite place. The taste is slightly earthy, and the licorice aftertaste is more subdued with this infusion, but it balances out the slight astringency of the oolong nicely. I ended up with lots of bits of ginseng at the bottom of my teacup though, so the last few sips were a bit powdery.

I bought this as a sample, and I’m not sure that I would buy more. It’s not bad, but it’s not the level of awesome that makes me want more. The difficulty in getting the first infusion right isn’t helping either: perhaps if it was oolong with separate ginseng pellets, rather than oolong coated in ginseng, it would be easier to get the flavour balance right.

There’s a delicate taste of ginseng, but it’s only just there and I really prefer Oolong Tea Shop’s ginseng oolong. This is practically flavourless and the leaves aren’t even unfurling at all. I won’t be buying a larger pack and I’m dubious about trying the fancy ginseng oolong now.