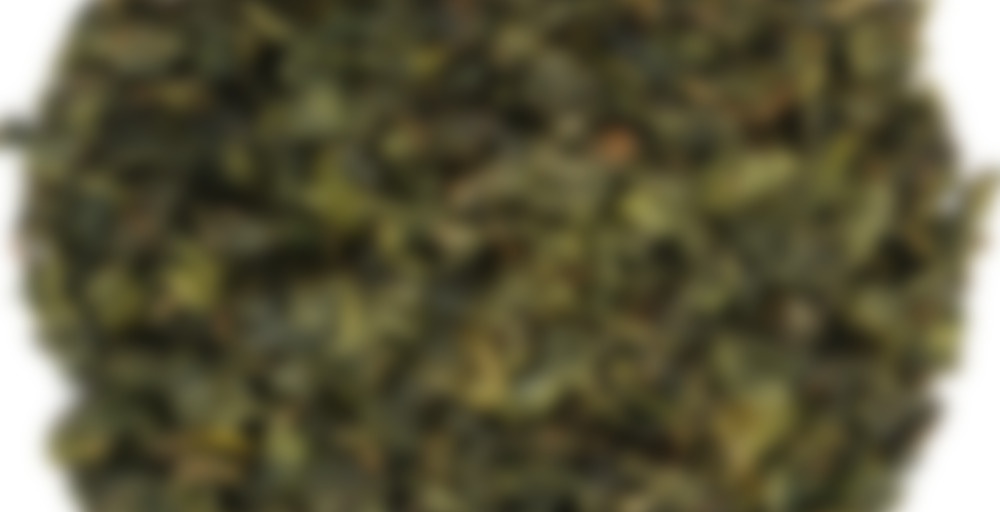 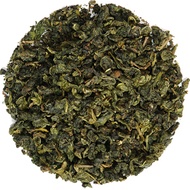 This may have a rather odd name, but it is right up at the top of the Formosa oolongs. Delicate leaves are gently rolled to give a light green infusion with a fruity naturally sweet taste, also known as Jade oolong.

Brewing Advice: One level teaspoons per mug. Add fresh hot, but not boiling water (80 deg C), and leave to steep for two to four minutes. Suitable for multiple infusions.

Storm in a Teacup 79

I miss you, Steepsterites. I’m just finding it really difficult to keep up with the following list these days. Most of the time it seems like an enormous undertaking and I give up before I get started. But it’s not just you, it’s most things. I’m feeling old and tired these days and not really up for anything at all. Just your average hermit-moods, that’s all. No biggie.

I wanted an oolong, and since I didn’t have any specific preference as to type or flavour, I took a random untried Nothing But Tea sample. I think I’ve had this particular type before, because the name seems awfully familiar and I knew that it was a green end one. I just don’t know what I thought of it.

Previously with these samples I’ve used half for my small pot and my ‘regular’ steeping time and it’s given me some pretty good results. I’m impatient to get rid of some of all these samples though so I can get out of Lockdown and have the collection a little more under control, so I decided to just use the whole thing, as per my newer steeping pattern, and shorten the time instead.

The aroma is a little floral and quite butter-y. There is a hint of newly cut grass in there. Maybe a little hay too, but mostly what I get here is a sencha-ish butter aroma.

It’s pretty much the same with the flavour. I feel a bit like I might as well be drinking some green tea, one with a fairly good asparagus note. There isn’t really a lot of oolong-y-ness going on. It tastes very very green. And it’s making me contemplate that difference between green end oolongs and green teas. There isn’t really all that great a difference, is there? It’s so subtle.

Smooth. Very smooth. Almost velvet-y and it feels thick and viscous on the tongue.

There went that conclusion. You totally thought I was rounding it off there, didn’t you? So did I, to be honest.

But I really want to touch on this aftertaste, because it kind of ruins the refreshing-ness of the initial flavour for me. It’s sort of sour and clinging to the edges of the tongue a little like the taste of milk that’s gone just slightly off.

If you can ignore it, it’s a very nice tea. For me, I’ll have to say that it’s a very nice tea that has to be docked a few points for unsatisfactory finish. If it hadn’t been for that after taste I would definitely have liked it better, and possibly lined it up for a purchase.

I might change my mind about a purchase. But right now I don’t really feel like it. I’ve already got the TGY and I think that’s a superior tea. Not counting the lemon oolong on account of it being flavoured, I don’t really need more than one oolong this green.

Yeah so I misread the tea as Formosa Ding Dong and now it’s stuck in my head as that.

I did that too at first

I really like this. I’m on my third steeping from the same leaves, and all cups so far have tasted good. It has a slightly malty taste which reminds me of some milk oolong I tried from a different company.