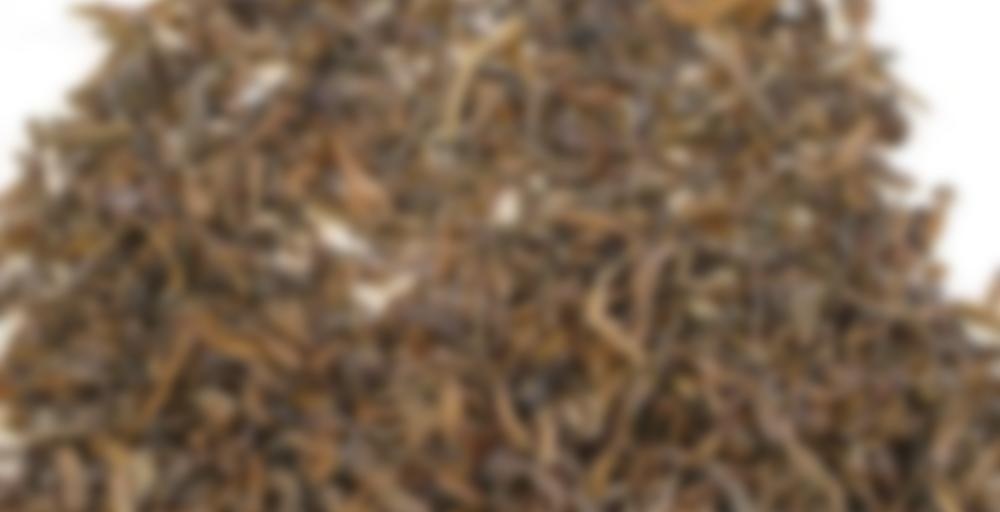 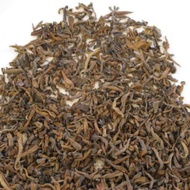 by Mandala Tea
79
You

We are proud to present to you yet another pu’er tea we sourced while in China in 2008! This is an exceptional ripe tea…so much so, that several of our customers are praying we never run out and tend to hoard it.

Picked young in the spring of 2005, this hand-processed ripe tea is rich and thick in body with a slightly toasty aroma. you’ll find hints of caramel and sugar left behind in the cup. We love how this tea sweetens up in the latter infusions.

While most ripe teas are pile processed, this one-of-a-kind tea is ripened in very small hand-crafted batches over a period of 120 days. One of the finest we’ve ever encountered, we bought all that we could and have it expertly stored as we do all our pu’er teas!

Enjoy this one while we have it. It won’t be around forever.

We recommend very short infusion times to begin with. This leaf is power-packed and trust us, you won’t want to miss out on the flavors that come out in the early, short infusions.

I decided to review this one again because I was a pu’er rookie when I tried it the first time and I am a bit more prepared this time around…and I am going to spend much longer with it. I stopped at 2 minutes the last time.

1st Steep- 30 seconds
Starts out on just the right note. Has a very thick mouthfeel with a nice sweetness to it. Tastes like almonds. I think it was right the first time around when I compared the taste to Amaretti cookies because there is kind of a doughyness.

2nd Steep- 45 seconds
Not as doughy. Still sweet. Less almond though. A touch of fruit.

3rd Steep- 1 minute
Cherries with amaretto. Probably one of the best combinations in the world. I love this tea even more than the first time.

4th Steep- 1.30 seconds
Still cherries and amaretto but the almond is kind of fading. There is a creamy vanilla note on the finish.

11th Steep-15 minutes
The flavor seems to be fading so I thought I’d blast it with one extra long steep. It tastes like cinnamon bark. Spicy this time.

I don’t quite know what it is with Golden Gong Ting. This experience was so different from my first time around. This one was more versatile. Doesn’t quite beat my Special Dark but it’s pretty darn close.

Wow. I might sound crazy but I’ve just had a full-blown religious tea experience. I started out drinking it casually watching Dr. Who honestly having no intention of picking apart the flavors but this tea commanded my full attention. It pulled me into a completely new space. I paused the tv, closed my eyes, and just spent about 15 minutes sipping the cup with my eyes closed making taste associations because boy, the flavors and images this tea presented to me were endless. I got everything from almond cookies, to dirt, to cranberries, and beyond.
I had visions in my mind of everything from sandy beaches to mountains and lush pastures.
And the moment I even just started smelling the wet leaf I felt a real, tangible rush of euphoria and exhilaration.

Honestly, I cannot fully explain just how significant and ethereal this experience was. It was a mental quest through life and all its sensory experiences. This is what great tea is all about, it is almost beyond this world. This tea has taught me to better appreciate tea and to surrender my senses to it fully when I consume it, because after experiences like these, I truly believe that in some way that is currently unknown to me, tea is a divine plant. Call me crazy if you wish… This tea rocked my world, thank you Azzrian, thank you Mandala and thank you to whoever is responsible for the production of this exquisute tea.

I know the feeling! You sound like you had a good dose of L-theanine to the brain which can feel great and produce euphoria. I’m asking my doctor about the effects with my anti seizure meds for migraine because I get a strong tea high. It’s supposed to be a healthy thing for you. Enjoy.

I love teas that take you to a mountain top!

This is excellent, Kyle! I am so happy that you enjoy this gong ting. When I first tasted it in 2006, I bought every bit of it that I could from my main connection in Kunming. It is a special tea, no doubt. I am sad to see our stock of this tea dwindling. My partner, Sarah, is wanting to hoard the rest of it for us and stop selling it, but we will watch the stock and keep offering it for a little while. Great review. This tea definitely transports!!!

I admit it. I’m at home alone, drinking 3 overlapping teas. I got home from the gig, put on the water, prepared 3 small teapots, & went at it. I was also cooking dinner, which I could have done at Tony’s house. He’s probably wondering if I’m ever coming over tonight, & I am, in a few minutes, but I wanted to get a few teas in my system first.

I don’t care for this one. It has a background flavor of cherry cough medicine. It is a sample that I got from the Here’s Hoping TTB, & I suspect that it’s a sample that has been sitting around for awhile.
“But it’s Puerh,” you’ll say, & that is true. But it’s been sitting in a plastic baggie for awhile, buried in the HHTTB with an insane array of flavored teas, & I suspect that it absorbed something during it’s travels, even if they were short.

I rinsed it. I rinsed it again. blech. I ran a few steepings, took a sip of each, & then poured them out because that taste is still there, ruining what I am certain is a wonderful Shu. I’ll have to request a sample from Garret with my next order, so that I can enjoy the untainted version, because I’m pretty sure it’s a lot better than this!

Hello, my dear! This one should have ZERO cherry flavors to it. And.. it was one of the most popular ripe teas we had for years. I am sad to say that the very last of it sold just a few weeks ago. One of my true favorite gong tings ever. Dang… I wish you would have gotten to taste it untainted. It is amazing how many scents will bleed right out of plastic bags and contaminate other teas :( Sounds like this is mos def the case with your sample. Dang!!

I was disappointed, but I know you have lots & lots of other delicious teas for me to drink, so that is my consulation. :)

Had you tried the Special Dark? It was processed in the same extremely small-batch fermentation method. We were only abel to acquire a small amount, but it is great stuff. And not a hint of cherry cough syrup :)

Yay!!! Just getting the blend together for the Noble Mark 2013, too!

I’m sipping on this one over the course of the morning to give it a full run through of as many steepings as possible. Gracebtlb sent this my way and i’ve been looking forward to trying it.

First couple steeps have been earthy with a hint of almond.

Edit: as this progresses the tea is becoming slightly sweet. I’m not getting the cherry flavours that grace mentioned but i am really enjoying this.

Imagine the best Golden Needle black tea you’ve had, but fermented. Since this is a budset tea it is much sweeter than your normal Pu’er. The hue is a deep yellow-gold color that is rich in pu’er goodness. Very different from what most usually associate in their mind as a classic Pu…but don’t let that dismay you, this is very good!

Notes to come. First, I want to try this one again.