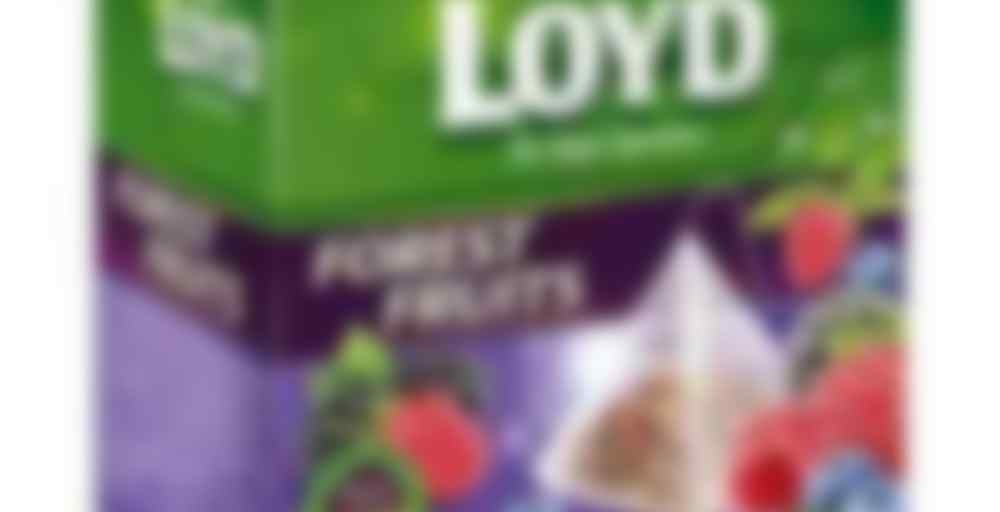 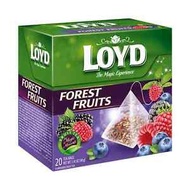 I don´t expect much at all. I think they used pyramid sachet just because it is cool now. It rather looks they use same mix even for classical tea bags.

I woke up quite early today; and as there was a storm in night everything was wet. Including grass! So I took my scythe and started to mow the grass. After one hour I returned back home and had tooth for fruit tea. Weird.

Well; opened the box and it is strongly aromatic. Put it into hot water and all room is filled with forest fruit aroma. I do not think it is natural. Otherwise I prepared it as written. 5 minutes steep of boiling water.

Liquor turned into raspberry red and so does smell after raspberries and blackberries. The liquor is clear though. Aroma is quite nice, but artificial.

Taste is watery and very tart, with little notes of blackberries. Raspberry only as raspberry seeds. I can not recommend this tea. Well what I have expected?

now my retort to that would be that if the industry can shape you into that thought process then they can go back to stuffing low grade tea into triangles and the consumer will think it’s a higher grade. so my mantra is loose leaf and if i want it in a bag i’ll bag it myself.

of course that’s not always possible since some teas will just come prepared in a bag and thats the only way you can get it. meh.

I have this one — it’s labeled Raspberry/Blackberry here, but it is the same stuff. I didn’t care for it hot, either, but it’s OK for an iced tea if you steep it strong in the fridge.

You mow grass with a scythe?!

haptiK – yep, usually it is like you wrote. Using triangle (pyramid) sachet for better teas. You don´t have to make it so dusty. But No, this one was dusty even in pyramid one.

gmathis – yep, for iced tea it can be okay I think. Maybe I will try it.

Kittenna – yup. I do. We don’t have a mower which is also not very good opinion when it is rather like an orchard. More over, it looks bit like meadow – much better for enviroment and mowing with scythe is way more ecofriendly too. And relaxing!

Are Loyd brand teas readily available where you are, Martin? They have a cranberry/ginger with manuka honey that is delicious!

They are quite available there, but I am trying to avoid them because in independent tests they found out lots of pesticides and other awful stuff in.