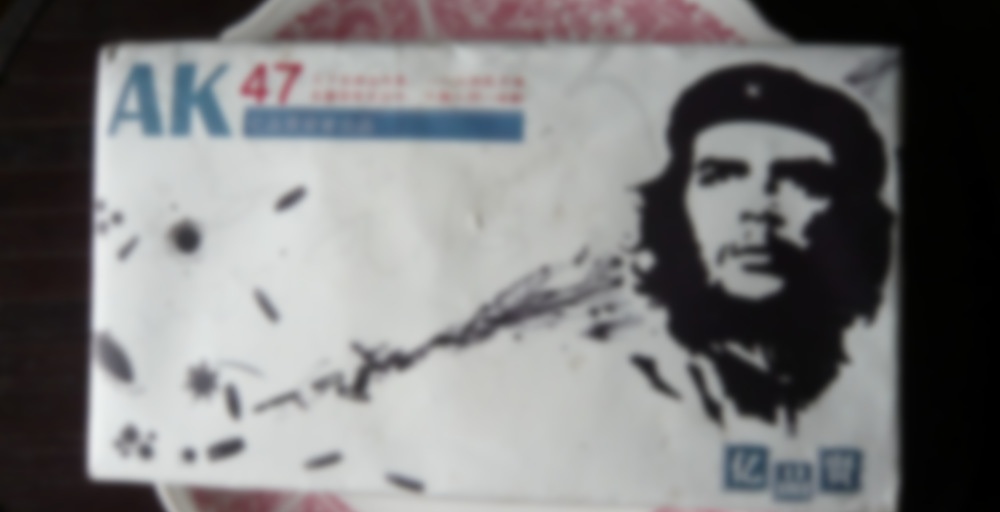 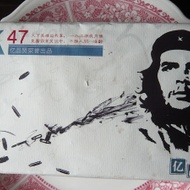 by Life In Teacup
76
You

This tea is NOT our regular product. The $1 charge of this tea will only cover part of the sample processing and handling costs. We will not be able to afford selling this tea at $1 for 20g as a regular product, and it’s not a practical size (the whole brick is 1kg) for us to carry it as a regular product. Therefore, as a limited edition sample, we can only sell this sample to people who are placing an order, and include this sample into the order. This sample will not be sold separately. This tea is limited to 1 sample for each order. And buyers are welcome to take this sample again when placing another order in future.

The limited edition sample will be available while supply lasts. The purpose is to provide new and seasoned tea drinkers some experience of inexpensive shu with solid quality.

I had eye surgery a few days ago, so now I’m sitting around wearing sunglasses, basically doing nothing, except sipping tea & listening to podcasts, while I wait for the swelling to go down. In order to read, I have the words on the screen expanded to a ridiculous size, but other than reading a few tea reviews, I’m mostly sitting around with my eyes closed.

So, I swear I wrote a review about this tea a few years ago, but it is nowhere to be found, so I guess not. This tea was a $1 sample that Life in Teacup was selling a few years ago, and of course, with a pic of Che on the wrapper, who could resist, right? I didn’t buy a whole cake, just the sample, but somewhere I’m sure someone has that wrapper framed and mounted. Just because it’s cool looking :)

I’m steeping in pairs, as I often do, so one round is actually 2 steeps, but sipped separately.
The first round is mildly sweet, with a creamy sensation, and faint undertones of molasses, toasted barley, and well composted pine needles. Nothing fancy, but pleasant enough.
Round two adds a little bolder coffee-like depth, and a thicker resinous quality.
Round three less sweet, more savory, kind of like a chewy barely sweetened (black strap molasses) whole grain bread.
Next round same, with a slightly grassy aftertaste…make that sweet grass…
The next 2 steeps are 90 seconds, and 2 minutes. Nothing new, still drinkable, but fading.
I might go a few more rounds @ 3,4,and 5 min, but I need to take a break for lunch because too much tea on an empty stomach = not so good for me.
However, all in all, this is a pleasant little shu. Nothing complex or particularly nuanced, but there aren’t any off flavors too it, & @ 15G for $1, I’m not complaining.

Hope you have a speedy recovery. Enjoy your rest.

Swollen eye! What does the other person look like? :-) Well wishes that you’ll be reading regular font soon!

you guys are awesome :)

This is an inexpensive shou that Life in Teacup is selling at $1/15 g. sample in order to introduce pu’erh to the public. Toward that end, the name is appropriate and kind of cool and made me interested in trying it.

The tea itself is…not that exciting. It’s similar to other inexpensive shous I’ve tried that are advertised as “easy to drink” teas for new pu’erh drinkers. It smells and tastes overwhelmingly like hay, making me feel like I’m on a hayride or in a horse barn. This doesn’t appeal to me. I think whenever I get through the pu’erh samples I currently have on hand, I’ll go for slightly better quality than I have so far. Increasing each steep by 15 seconds, you get tons of hay tea infusions, which is… Bleh. The complexity I’m told pu’erh brings to the tea world is conspicuously absent. I guess it’s true that it’s easy to drink in the sense that it’s mild and doesn’t have any particularly offensive flavors. Just not exciting.

Don’t get me wrong. I appreciate the sample from Life in Teacup. They’re a cool company to order samples from. I think I just bought this one sample for $1.00 and and paid shipping, and they shipped me 3 oolong tea samples (which were really what I wanted in the order). I would not recommend or buy this. I’m thinking my strategy of starting out on communist tea is a bit misguided — next time I shop for pu’erh, I’ll go for middle-range prices and higher quality.

I don’t know that I’d say I recommend it per se. It’s certainly worth the dollar charge that got me all the other free samples. I wouldn’t advocate buying more than the sample size though.

Before anyone says it, the “communist tea” thing was a joke.

I’ll keep these in mind.

Hey, there is snow! Yay! I love the snow, it is not a lot, but this winter has just been lousy in the snow department, clearly I should take that one guy who is selling blocks of snow up on his offer. Or not because really, that is kinda dumb. I once had a friend in Australia who wanted me to mail him snow and Oreos, I still find that immensely funny. This was back in the day when saying to your school friends that you have friends from all over the world thanks to the internet got you laughed at, or at the very least not believed, also funny to me! I love the internet, it has allowed shy little ol’ me to talk to tons of people while still being in my comfort zone, go social media!

Continuing Dark Tea week, this one is a quirky Shou (or Shu, ah, dialect) from Life in Teacup, specifically Guevera Shu. Reading Ginkgo’s (the proprietor of Life in Teacup) blog about this tea I was able to learn that he got this massive block of Shu from Taobao because he thought the wrapper was cool, and lets be honest, it is pretty neat. With a large image of Che Guevera, bullet holes and casings and the name AK-47 in bold letters, this puerh is totally metal. Gleaning a bit more info from the blog, the tea is supposedly from Bulang Mountain and an abandoned tea plantation (there seem to be a lot of those that get poached for puerh) and made from larger leaves, in theory this will be a good educational Shu, a way to introduce people to the fine art of ripe puerh without dealing with those really rank ones. So, how does this one smell, that is the important question! Pretty good actually, it is rich and earthy with the expected notes of loam (erring on the side of pine forest loam this time) clean soil, and some mineral notes as well. As a fun little surprise the finishing note is molasses, giving a bit of sweetness at the end.

Time to heat up the way back machine, because this was before the elephant pot was in my collection! Don’t get me wrong, I still love brewing puerh in my gaiwan(s) but using my pot just feels good, plus it helps make it super seasoned, really it is getting so dark! Anyway, rinsing and brewing time, the leaves are really earthy and pretty incredibly sweet, lots of pine sap, wet wood, molasses, and a bit like molasses cookies, which is a little odd but it smells really good. The liquid is sweet loam and molasses, there is also a tiny, tiny hint of camphor giving the warm liquid a tiny bit of a cooling effect.

Woo! This is a delightfully smooth tea on the first steep, no bite at all, just slightly sweet loamy goodness that has a slightly thick mouthfeel. There are also notes of molasses and a touch of cooling, it is neat it starts off warming and then goes to cooling. It is nothing like sheng puerh’s cooling that fills up your mouth, nose, and all the way into the lungs, it is more like taking a breath on a slightly warm day after drinking something warm.

Next up is steep two, the aroma is creamy sweet, blending molasses and pine sap, forest loam and clean soil. Not sure why pine sap comes off as creamy, but to me and my nose, we see creamy (well that went rather synesthesia-ish) The second steep starts off fairly earthy and loamy, there is a total lack of sweet, almost to the point of being savory and like mushroom soil. This changes pretty rapidly to sweet molasses and pine needles, but it does have a more dry affect this time instead of being smooth. It also has a warming, relaxing feeling that imparts a heaviness.

So, the aroma of the third steep has a new player, the notes of molasses, pine sap, and forest loam are still present, but there is also a note of malt at the finish. The taste for the third steep is very similar, the notes are much the same, starting out loamy and earthy, no savory this time, just rich earthiness. After that we get sweet molasses and pine needles. There is no mouth drying, just smooth earthiness that makes my feel very warm and relaxed. This really would be a good introductory Shu, so I certainly agree there!

For blog and photos (Cthulhu helped me with this one) http://ramblingbutterflythoughts.blogspot.com/2015/02/life-in-teacup-guevera-shu-tea-review.html