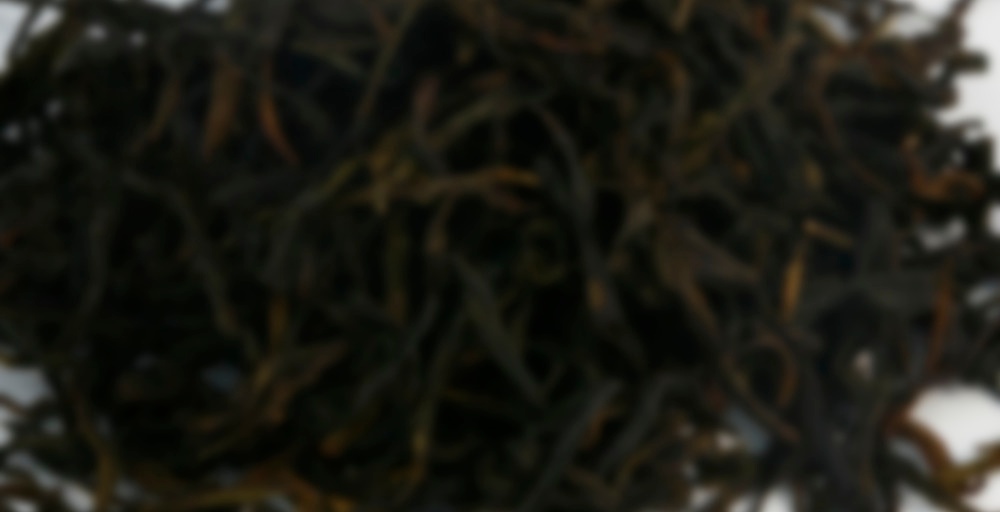 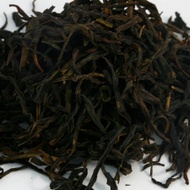 Our Osmanthus Fragrance Dancong is an award-winning Fenghuang Dancong ( Phoenix ) tea in China. It is a dark oolong tea. This tea is famous for its natural Osmanthus Dancong aroma. Known as a Tribute Tea in Chinese tradition, this tea was reserved for Emperors or High officials. The processed leaves of the tea are slightly twisted, long and reddish in color. The brewed tea is a pleasant brown orange. This tea is valued for its durable infusion and long lasting pleasant aftertaste.

This was my afternoon tea (no confusion here – this is oolong).

Thanks yyz for sending a sample of this my way.

I like oolong, I like dark oolong, I normally like dancong – this one isn’t dark enough. I don’t think this is oxidized as much as the “dark” oolongs that I normally enjoy. This seems more like a medium oolong. For my tastes this is too green for me. It still has quite a bit of the floral notes of a green oolong, and that just doesn’t work for me.
This is probably a really high quality tea, but it’s not to my tastes. :((

I think your description of why you don’t like this one is exactly why I like Dancong so much but NOT darker oolongs, heh.

LOL then this would probably work for you. We all have different tastes, and I agree if someone says why they don’t like it that might be exactly why it is the tea for you. :))

I have to preface this by saying this is the first Dancong I’ve ever had, but this tea is now on my adore list. I’m not sure if this is just me discovering I love Dancongs or if this tea is really spectacular in it’s genre, regardless I really like it.

It reminds me strongly of a scotch based liquor that my cousin brought back from Scotland. It has these lovely floral notes which I described to myself as lily of the valley touched with gardenia but that may be Magnolia in afterthought balanced by a beautiful apricot cream flavour and whiskey grain alcohol notes including that warm tingling notes that neat scotch always gives me.

Secondary flavours include sandalwood, toasted nut, cotton flower and incense smoke so far. This tea is still going strong after 11 steeps ( though it is more apricot cream right now.

The original leaves were quite dark and smelled slightly of peach, but now they are an olive green with a more floral scent. The first steep at 1 min smelled like cooked peach, woody tones(sandalwood, a hint of stewed rhubarb, honey, cereal, and cream notes. The tea was a pale sepia type tone. The flavour was quite intense at 1 minute. I’ll use a shorter steeping time next time.

Looking to further steeps of this tea tonight and can easily see myself restocking this one. Does anyone have any recommendations for other Dancongs?

I love Dancongs! I’ll be stocking Mi Lan Xiang (honey orchid fragrance) soon :) Message me for more info on that – I have some at the moment I would set you up with a special order of!

This sounds like an amazing tea. Is it true that the Osmanthus frangrance is a natural occurrence in the Dancong tea? It’s not due to a close proximity to an Osmanthus shrub, is it?

Some of the osmanthus dancongs out there are scented ( ie cured with osmanthus flowers etc), but there are varietals in which the fragrance is produced naturally by the tea itself and can be coaxed and highlighted in the finished tea by proper handling and harvesting. The information provided for this tea is that it is a natural occurrence within the leaf. I’m not sure if it was grown near osmanthus, but dancongs are famous for being able to mimic certain flavours.