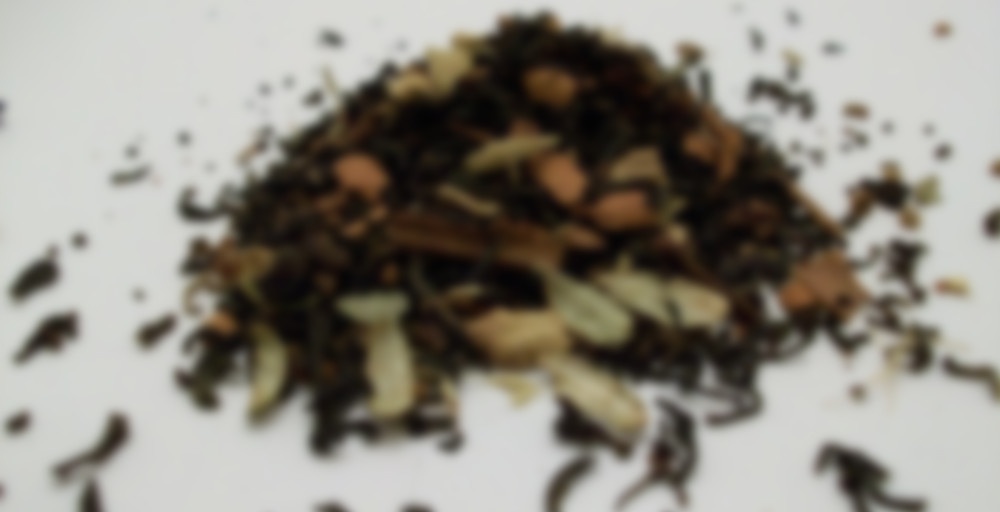 by Just Add Honey
80
You

rich and warming black tea is mixed with freshly hand-ground whole spices – cinnamon, cloves, cardamom, and ginger. brew strong, adding plenty of milk and sugar for a deliciously warming cup to perk up your afternoon. blended for milk.

About two weeks ago, I left my job of 4 years to find something better. During my week and a half of being unemployed, I did some research on Atlanta-based tea. Sure enough, I found Just Add Honey, with their small brick and mortar store at the edge of downtown. While they weren’t hiring, I got to visit and meet the owner, a kind lady by the name of Brandi. There were a couple teas I wanted up on the wall in jars, but being in between jobs, I just got a sample of chai. (And made sure she had a copy of my resume, haha.)

Let me tell you, this tea packs a punch! It does not disappoint on the spice aspect. When I sniffed it in the glass jar, I was surprised at how clovey it was. Most blends of chai I’ve tasted were a little shy with the clove, or even left it out completely, but not this one. It also has a nice, balanced taste of cinnamon, ginger, and cardamom. Star anise is listed in the ingredients, but I can’t really taste that aspect.

As far as the vanilla goes, it’s interesting. Not a coconutty or French vanilla. It’s a buttercreamy, dessert-like vanilla. Combined with the spices, it comes out to something that tastes like… dare I say it… pumpkin spice. It was definitely a good choice for fall. I might have to go back for more pretty soon. The contrast between the warm spice and the chilly air will be nice!

good luck with the job hunt!

Thanks! I’m already working again. :) My friend was quitting her second job and I took over for her, haha.

congrats on the new job. That’s so nice too to discover new nice tea shops locally