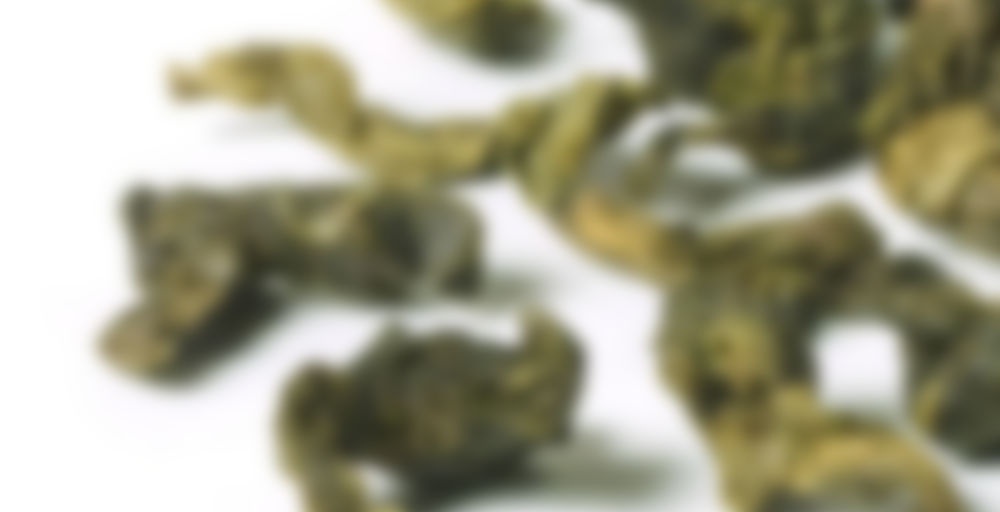 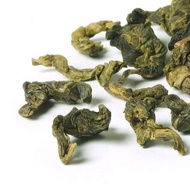 A new addition to our Taiwanese range for 2011, Jin Xuan oolong is mellow and creamy, with a biscuity sweetness and cool palate cleansing finish.

Very nice! I was pleasantly surprised with this Jin Xuan. I had not had a milk oolong such as this one before, but I was familiar with tieguanyin, which this tea resembles. So I was kind of expecting something similar from this tea, but instead I received a much more interesting experience.

The dry leaves were rolled up nice and tight with nice healthy green colorations and a fair bit of attached stem. They smelled of dried fruits and cream with floral and organic undertones, and there was just a tiny hint of a toasty aroma. Very pleasing. While the leaves were quite clean and free of small pieces and loose stems, the colors were inconsistent. They ranged from a dark army green to a bright grassy yellow-green. This was a pretty broad spectrum, so I was a bit nervous at first to the quality.

However, once wet, the leaves expanded tenfold and proved to be very nicely manufactured. Consisting of very large, lightly bruised, and completely whole leaves with large bits of stem connecting up to three or four, they gave off a lovely pear-like, biscuity, and subtly piny scent that calmed the mind. Yet, on closer inspection, I discovered a fair number of the leaves were of extremely poor quality, appearing ragged, broken, and munched on. A huge turnoff for me, but oh well, at least the flavor wasn’t affected.

In essence, I can describe the flavor of this tea as a medium between tieguanyin and gyokuro. It is sweet, floral, and very green with essences of stone-fruits and roasted veggies with a small kick of vegetal astringency. But yet, there is a textural element in this liquor that isn’t present in either of those teas: it is most definitely milky. The mouthfeel is buttery smooth, thick, and lustrous. It also has a biscuit-like aroma and taste, but the latter is more subtle. One thing I really love is the evolution of flavor throughout a sip. The taste rises and expands, becoming more complex and leaving a lingering finish and a refreshing aftertaste. I only have one small gripe: most of the unique flavors of this tea dissipate after the fourth or fifth steep when steeping gong fu. Towards the end of it’s life, it tastes just like the last steeps of a tieguanyin. While this isn’t bad by any means, it’s just not as interesting to me.