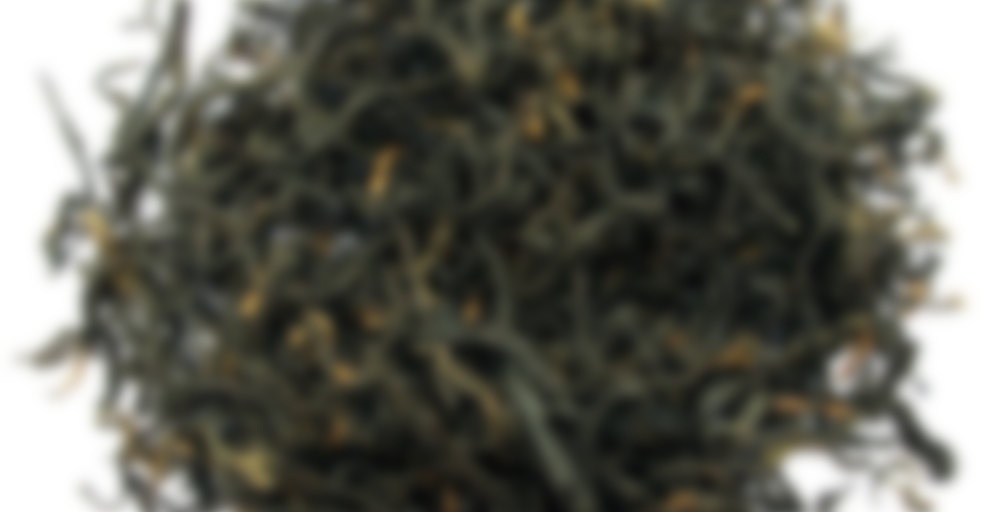 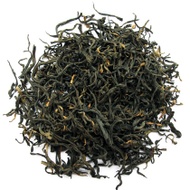 This is the second time I have written this note due to technical difficulties. :(

I got the Ying De Hong Cha as part of the red tea sampler from Jing Tea Shop.

The dry leaves are very earthy and chocolatey smelling. This was steeped in my infuser mug for around 90 seconds, which yielded a lovely dark red clear infusion.

There’s a lot of nice things going on with this tea. I was sipping on it plain, and it has malty and chocolatey notes but with a surprising amount of depth. The finish is very smooth and sweet with a touch of fruity element, perhaps cherry or plum. I could see having this as an after dinner tea, perhaps with some cookies. It also is making a terrific afternoon tea for me though!

I tried adding some soymilk and this really brought out the creaminess, so that it almost feels like I’m drinking a caramel & chocolate latte. In contrast to the Ceylon I had this morning, this is really rich and soothing.

I got a second steep out of it, which was lighter. This steep had more caramel and fruit notes with less chocolate and malt but it was still delicious!

Definitely a keeper in my opinion and I’d buy the full size with no problem!

This really WAS delicious!

You had me at chocolatey and plum.

I was down to the last 5 grams of this sample pack and I hadn’t brewed this with short steeps yet, so I did that. This one turned out to be a super resteeper, so I’ll try and keep the tasting notes simple.

Steeps 1-4: I was a bit surprised at how consistent these initial steeps were. The leaves give up a lot of flavour even within the first 30 seconds. It builds up to some very bold flavours at the 4th steep. The flavour was familiar black tea, with bold peppery caramel, and a touch of floral notes.

Steeps 5-8: As pretty typical of this steeping method, starting at the 5 steep I start to lose a bit of flavour. But if it didn’t taste so good I would stop. Anyway, it wasn’t until the 8th steep that I started to even notice the original flavour of my water, but the tea liquor is still a darker orange colour.

Steeps 9-14: I felt that so long as the tea liquor colour was dark enough, and the flavour enticing that I would keep resteeping. With each steep, I began to notice the original water flavour more and more. However the tea flavour was prevalent up until the 12th steep, with the 13th and 14th having a nice hint of flavour. The last cup was still a light orange, and still more flavourful than some other black teas I’ve resteeped just 4 times. ;)

Currently my cupboard is crowded with tea, but still I am very tempted to buy more Ying De Hong Cha. I bought this in a black tea sample pack to further my experience with these sort of teas. When I buy samples, I usually like to try a lot of teas and then only select a few to buy in larger quantities. This particular tea has definitely charmed me and I will buy more when my tea cupboard shrinks a bit.

At the moment I have three favorite teas from jing tea shop, and Ying de Hong Cha is one of them. (I’m not going to count Yunnan Gold, since it hasn’t been available for some time). I ordered it again, because I didn’t want to get too low. It reminds me of the Dan Cong red tea, with milder notes of a fruity flavor and honey. As it is considerably cheaper than the Dan Cong, it is an excellent everyday tea for me.

In the past, I have had short-lived favorites and what I love at one time, I don’t much care for later on. But my jing teas have stayed completely consistent for me, or, if anything, I love them even more after months of drinking them. I still try to use up other teas, but these are the ones I want.