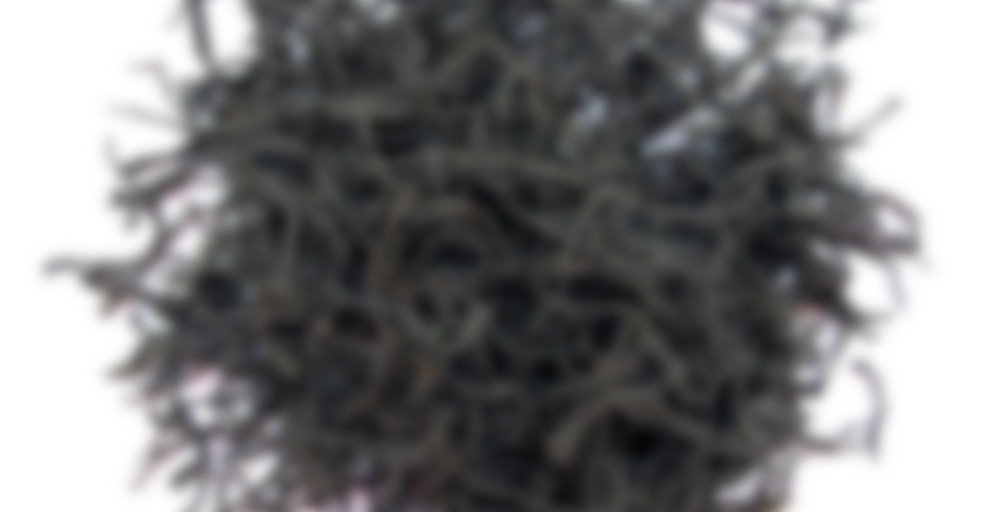 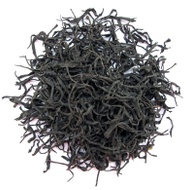 Liquor : The liquor holds a rich reddish color with excellent clarity. The smooth texture is thick and oily.

Taste : The thick liquor has a complex taste; nutty, chocolaty, mild spicy with lovely honey flavor all along. A delicate floral flavor appears on the backafter swallowing the tea.

3/4 of the red tea sampler from jing tea shop. I wanted something this morning I could drink without additions.

The leaves are very dark, thin and wiry. I put a pinch in my glass teapot and then steeped for 3 minutes. The tea liquor is a medium orangish-brown. The aroma of the tea is cocoa, while the flavor itself has a rich nuttiness which reminds me of walnuts, and a touch of honey. Others have commented on the citrus, and I am also picking up an orange peel type of flavor here and also a touch of spice. It reminds me ever so slightly of a fine cognac.

The tea is rich and smooth with almost no astringency and certainly no bitterness. A slight sweetness in the aftertaste. Since I’ve had a few dan cong oolongs recently I’m trying to see what the resemblance might be, but am not picking up on a lot of parallels right now.

A lovely and delightful treat, for the morning time or anytime. It almost seems like you could make a decadent dessert out of this one. Perhaps it would be good as a pudding or as an ice cream.

i must try this tea :D

thank you so much for pointing me in the right direction :)

i shall try this someday

This is a follow up to my last tasting note. Today I’m doing multiple short steeps in a gaiwan. These Dan Cong Red Tea leaves are quite long, so I expect them to be great for resteeping.

Tasting the initial steep, there is a strong zesty flavour, along with spice, “tea” flavour. The drinking sensation is kind of like biting into juicy melon, very clean and mouth watering.

The second to fourth steeps were very nice, with a bit of astringency, and stronger tea flavour that reminds me of tamarind candies.

Fifth through the eighth steeps were consistent, with not much of the flavour fading with each resteep.

At the ninth steep I began to taste the original water flavour, but it otherwise retains enough flavour to be enjoyable. I continued resteeping and stopping at the twelfth, it had a hint of flavour but it was becoming too weak.

Now that I’ve tried both methods, I prefer the shorter steeps. It’s a very consistent flavour up until about number eight. My only dislike with this tea, is that it’s very astringent. It makes my mouth feel quite dry, so after this tasting note I’ll be having plenty of water. ;)
This is still my favourite black tea from the Jing Tea Shop samples, but I’m not sure if I would purchase a big bag of it. It’s the sort of tea I’d want to drink on rare occasions as a treat. At the very least I am happy to have tried it once, since I never really see this sort of tea online often. And as a bonus, this is a terrific resteeper just like Teavivre’s Yunnan Dian Hong Golden Tip, which I also got up to 12 steeps with.

I want to update my previous note, as this tea has surpassed every other tea in my estimation. It just gets better and better. And I did want to say that, personally, I don’t get any astringency. I am usually quite sensitive to it and dislike it almost as much as smokiness. This is not a cheap tea, but I just made another order, I crave it and I was worried about the low quantity in my cannister.

Revisited. This tea is delicious. in my previous note i used 4g, this time 5g. thats my ratio nowdays 5g for 100ml. as previously mentioned its citrusy, longan, grapes and raw nuts. Still love it. i would restock at some point
http://instagram.com/p/xkTybEhwr7/