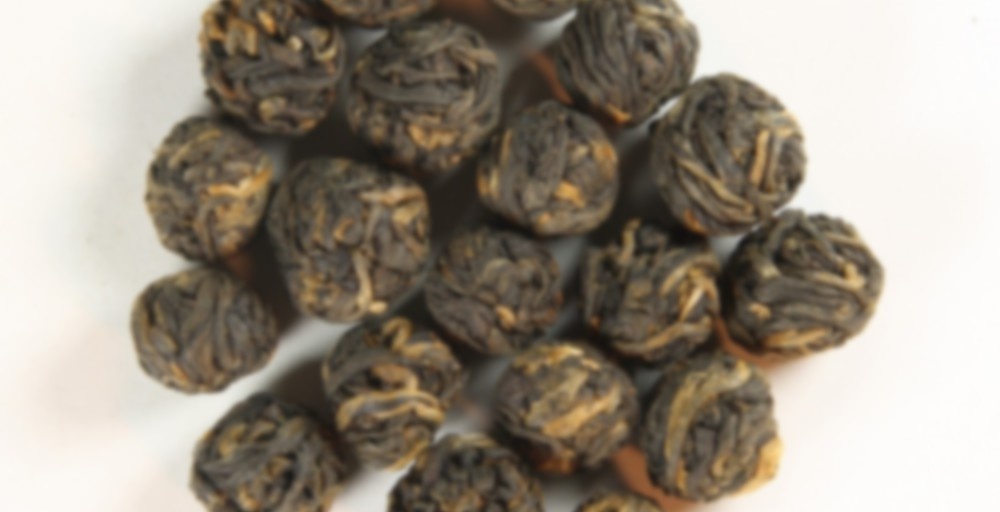 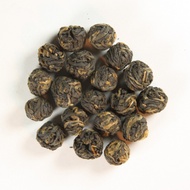 by Happy Lucky's Tea House
81
You

Leaves and buds are expertly rolled into a large pearl shape. The flavor is smooth, with a touch of cocoa earthiness, and natural sweetness, particularly as the brew cools. The beautiful pearls unfurl during the brew, revealing the great level of care used in their production. Great for multiple infusions.

Scotland!
http://flic.kr/p/dxCxWC
Wah? It’s St. Andrews Day, (Patron Saint of Scotland) and if you’re a Scot like me you’re supposed to be wearing plaid all day (which I’ve been doing!).

Last night was a Japanese Green Tea class at Happy Lucky’s taught by capable Joe. It was great! However….the amount of Green Tea I drank at 8PM kept me up until 1AM!
One of the tea’s we drank was a method of brewing Gyokuro called Shinobi-cha. (Putting the tea leaves over ice to extract the pure amino acids and flavor) Delicious and potent! http://youtu.be/4UEZcq1qVtw

So, I was up late and had to wake up early for the Blessing of the Tartan’s (Plaids) at St. Spyridon’s.
Of course, I was decked out in my Johnstone plaid and had my mothers Cameron plaid for my granddaughter to wear. I also had Earl Grey shortbread, oatmeal cookies and all my tea fixings for after the service to celebrate!

When you step into a Greek Orthodox Church, it’s supposed to say to you ‘Heaven and Earth are not separated’.
Look around…there are pictures of hero’s like Elijah, John the Baptist and Angels like Gabriel.

After the Blessing was over, I made Black Pearl Tea for all that wanted to have some.
It seemed right to have real, brewed tea today. I’ve been purchasing these pearls from Happy Luckys since the discovery that they taste just like the favorite brand I used to buy directly from China.

One lady sat down for some tea and told me how she was served tea in England at the British Embassy by Mr. Twinings himself!
Then, Fr. Evan came over and had some tea straight up before heading off to a meeting.
(I’m out to convert my Church to real deal tea one person at a time!)
My granddaughter and I had ours with cream and Butiki’s raw sugar crystals.

This was a luscious, rich and malty, cocoa tea without astringency.
Such a perfect tea with scones, shortbread and pasties.
Yes, someone made pasties (small pies) with potato, peas and mushroom broth.
Sipping tea, I was able to share some of the old family stories from Scotland, which is what a Grandmother is supposed to do.

You may think this is all a bit corny. I make no apologies because I am corny and becoming more so!

Good tea though with good company on a grand occasion!

Yay plaid! I’m wearing my favorite plaid flannel shirt today too! It sounds like you had a great day today!

Brewing it over ice is a really interesting idea, I wonder if it would work with some others types of tea?

That sounds like such a fun class. Wish I lived in Colorado and could go :(

Drinking this sample from Bonnie makes me wish that I could move back to Colorado. I lived there was a kid and I would be excited to have a tea house around the corner from me, although I am sure there are some in NJ. (Any recs would be awesome) I seem to like a nice strong black tea when I wake up. To be honest, I am not the friendliest person in the morning. NOT a morning person.

I organized my tea stash last night and I’ve come to the conclusion that I need to go through all of my samples, I have way too many. This one called out to me because it comes packaged in the cutest little pearls of tea. Bonnie’s instructions were to use 4 or 5 of them for one 8 oz glass of tea. I dutifully followed her instructions…and boy am I glad that I did!

A beautiful dark brown liquor with a little sugar and milk. Delicious! Has a hint of cocoa but is nice and smooth. Easy to drink and probably get addicted to. I would definitely buy this :)

I wanted to compare these with Teavivre’s black pearls, and I think I prefer Teavivre’s. These pearls have 2 good steeps in them and then I find it quite weak. I find myself just wanting more with these. Good enough, but could be better.