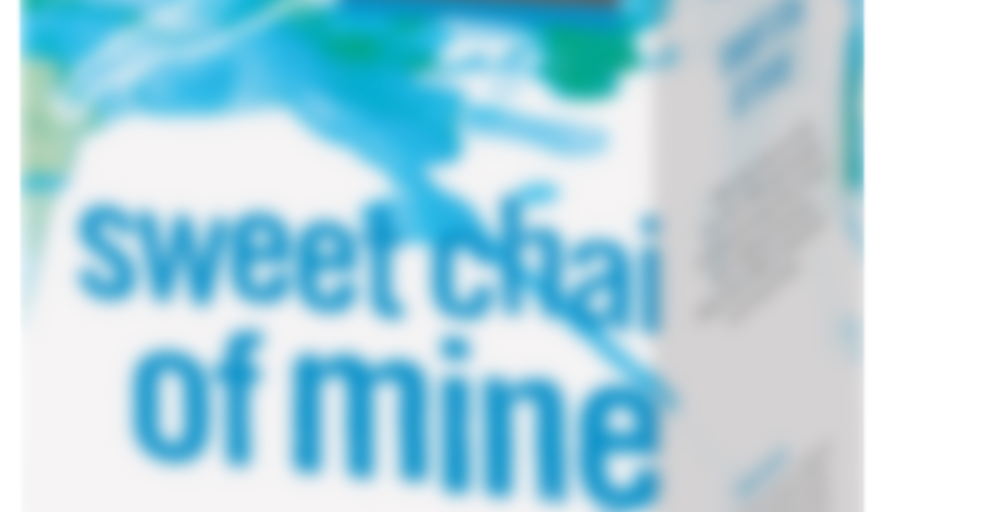 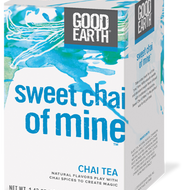 Sweet Chai Of Mine

by Good Earth
79
You

Take a step back for a little “you” time. With smooth vanilla and decadent maple flavor infused with traditional chai spices, Sweet Chai of Mine™ is the perfect way to do just that.

Sweet Chai Of Mine Pregnancy Tea

My current favorite supermarket chai, wonderful with a bit of milk. And the teabag smells like cookies to me right out of the wrapper.

Tea of the day with my oldest son. His laptop is dead. I blame Windows 10 and its stupid insistence of auto updates that you can’t disable. My youngest son says it has corrupted the boot drive, whatever that is.

Anyway, so tea – I am not a chai person. Keep that in mind. This is a bagged tea that can sometimes be found at the local grocer. It smells very medicinal when opening the envelope. Once steeping begins the aroma turns more traditional. The taste surprises me. It is far lighter than expected. I like that. It has the traditional chai spices in moderation and a touch of vanilla. The licorice root and stevia do add some sweetness, but for chai I think it should be sweeter. I added a little sweetener (half packet). This livens up the mug and brings out the maple flavor. It also brings out the black pepper and ginger in the form of a light bite with a little heat. So then I added a splash of milk. It mutes the chai spices a little and lifts the maple. For chai this isn’t bad.

I’ve had a touchpad quit working on my Dell since a recent update.

My youngest is our resident IT guy. He tried for 2 or 3 hours. He even tried to piggy back the hard drive into another laptop and using Ubuntu tried to crack into it. He finally gave up. Can’t boot. Can’t restore. Can’t uninstall. Tread with caution if you are stuck with 10. Suddenly my Win8 looks pretty good.

Just 8 here and frankly I don’t like it much. No intention of pursuing 10!

Historically I never update an MS OS until service pack 2 gets released, although with Win10 and it’s auto-updates that will be hard to gauge. I guess if the collective moaning of the afflicted users dies down to a murmur then perhaps it will be time.

gmathis – I hated 8 when I first got it. I downloaded a free program my IT kid recommended called classic shell. Now when I turn on my laptop it has a real desktop with icons and a start button. Woot! for old school. If I wanted it to look and work like a smart phone I would have bought one.

Wow, I’m surprised to be the first to review this tea! I picked it up on a whim when I was visiting the inlaws in Ohio. I liked the packaging and the thought of self-sweetening chai, even though it involved stevia leaf. That stuff is a little off-putting to me. I don’t like how it lingers in my mouth, sweetening the very air.

What I absolutely love about this tea is its aroma. It’s mouth-watering. It smells like butterscotch or butter rum and vanilla, with a hint of cinnamon and clove. It’s absolutely heavenly. Like a decadent ice cream dessert. The flavor isn’t entirely as strong, but it doesn’t disappoint. Very butterscotchy for a chai! It’s not heavy on other traditional chai spices like ginger or cardamom, but there’s a nice note of vanilla.

Now, about the self-sweetening aspect. It really is naturally sweet, but the sweetness sort of comes along in the finish. I guess I’m not tasting the stevia until the exhale. It’s not a bad thing, it’s just a sensation I’m not used to. I might be tempted to add just a little more sweetener, but I like my chai on the sweeter side, so that might just be me.

You make this sound really decadent :-)