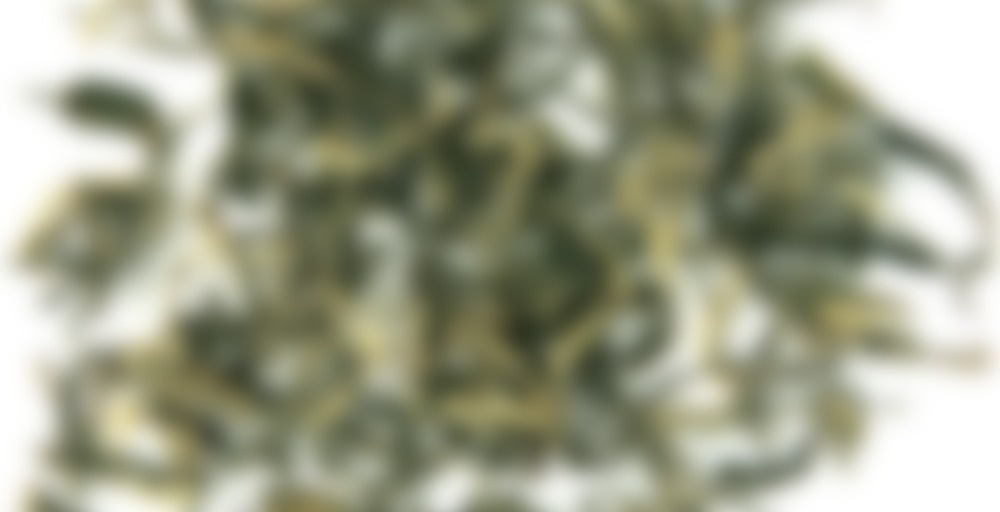 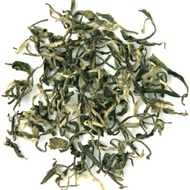 by Glenburn Tea - Direct
83
You

The ultimate “whole leaf” tea, with the leaf intact and unbroken right through to the infusion, this lightly oxidized Oolong tea has a bright reddish appearance once brewed. This specialty tea is made in very small batches towards the close of the season, using only our most experienced tea pickers. It is manufactured with extreme care in a process similar to a White Tea that preserves all its health giving properties. The cup is full bodied, yet mellow and round and so is light on the palate with a beautiful floral bouquet.

You can read the review from LiberTEAS for the 2010 harvest here: http://steepster.com/teas/kteas/21571-glenburn-autumn-oolong-darjeeling

This one was harvested November 17, 2011 and eek ghads is it good.
I nabbed a sample at the San Francisco International Tea Festival a few months ago and then got a bit more in a slightly more comprehensive sample pack that was sent to me as part of them trying to nab me as a wholesale account and then I bought a half pound with the new crop Moonshine, First Flush, and Khongea Assam Leaf Tea. Shoulda sprung for a couple pounds, as I can foresee myself blasting through this and I’m likely gonna push this on the owners at FGC (cafe I work at and select teas for – see bio) in the hopes of us maybe offering this next year… If I can persuade them that it doesn’t need to be organic certified so long as they are treating the environment and workers well and with sustainable practices (our stance on the coffee we sell). Mmmmm, yeah I want to sell this one bad.

The larger packs seem to have quite a bit more dry fragrance maintained compared to the sample packs. You could chock this up to larger volume of leaves giving off more but even after metering into my gaiwan it’s far more fragrant. Perhaps there was less interchange from container to container in the larger bags compared to samplers? Dunno, but the samplers were righteous as well. That said, there’s pretty much a singular, very dominant dry fragrance of dried apricot. Very sweet, and distinct with the smell of the dried juice, flesh, and skin – just like sticking my face into a bin of slightly moist dried apricots at the grocery store minus some of the background smells that tend to come with it. When parsed out, there are a bit of light florals to the fragrance but they are hard to pick out. These pop out in the infusion later, where they separate nicely.

I used 4g in a heavy glazed ceramic gaiwan with 125mL water at 85C for every infusion.

Aroma off the lid is citrusy (more in infusion) while the wet leaves give off the smell of carnation, marmalade, and grape skin. Presented with the wet leaves it would be easy to guess Darjeeling while I wouldn’t necessarily be able to place it from the brewed tea itself. In the fifth infusion more of a mustiness comes to the wet leaves, drawing a distinct similarity to a second flush Darjeeling and the sixth infusion becomes a tad more muted but more dull florals are obvious (star jasmine, magnolia, tulip, lily… makes me think of alstroemeria though they have barely any fragrance until they start falling apart).

1) 2min
Lighter-moderate body and intensity with a very pleasant faint acidity. Pomelo peel citrus and magnolia are very obvious and work beautifully together. Tastes a whole lot like a Phoenix Oolong but without the peach-pit tang, nuttiness or astringency. It’s like the aromatic components of a Dancong’s earlier infusions have been displaced onto the later, mellowed brews after the aggressive characteristics have fallen away. Crisp and slightly mouthwatering – about the same as a snow pea. Refreshing. I’m tempted to say this would be great iced but it may be too light… Maybe just refrigerated. Would not stand up to food and it’s the kind of tea that would raise the level of spiciness of a food [EDIT: Confirmed this in a second brew session with dinner. Even a little spice from a bit of chilies in orange chicken is brought out when trying to drink this tea next to it].

2) 2min
Very similar to first infusion. A bit more marmalade in aroma from gaiwan lid and Pomelo liquor aroma a bit greater in “volume” in the cup. Otherwise like first.

3) 2min
Like first but this time it’s the magnolia flower aroma that’s come forward in liquor aroma. The gaiwan lid and smell from the empty cup has shifted from marmalade to the Pomelo peel aroma.

4) 2min
Lighter overall in expression but still has surprising fidelity to the previous infusions. Expected this to have slackened to this level in third infusion and this one to be the intensity of something like Bai Hao Yin Zhen. Instead, this has the relative intensity of a 15 second fourth infusion on a Dancong minus any aggressiveness it may have.

5) 4min
Woah, suddenly like Yi Wu Sheng Puer but without the astringency. Bud-heavy examples are like this, but I typically get that more in Qing Bings and Mao Cha. Heavier body and ever-so-slightly darker color makes this the same color as a second flush Darjeeling (clear orange with slight lean towards yellow… Cadmium Yellow with a touch of Cad. Red and mixed down in linseed). This has gotten even tastier and it’s nice having the extra body. Next time around I may push for a three minute start from the get-go to see if I can get closer to this faster, even if it may compromise the longevity. Star Jasmine florals in the aroma and in the nose. There’s a light metallic taste similar to that of touching a stainless steel bouillon spoon to the front-center of the tongue. Crisp and kinda sweet but not as distinct as copper. Hint of river rock when taken as a draught (which is a little hard to not do – this disappeared very fast).

6) 5min
Yum. Holy hell this is good. Take the taste of a good first flush Darjeeling, mute down the intensity, and go half way between that and a mellowed Yi Wu Mao Cha or Sheng Cha. I want more but my cup is empty and my stomach is sloshing. Wonderful balance of faint crisp acidity, light cottony astringency that just hangs out at the front-center area of the tongue, light raw green bean sweetness, moderate body, and lingering floral-sweet nose. Pomelo peel is still there but with a bit of almond flower and a lot of chewed up raw almonds mixed in. Carnation and tulip do a faint interchange dance in the background while honeysuckle and Spirulina pop back and forth as light sweet accents. Lingering crisp aftertaste.

Every infusion I’ve had has been great. Really, really tasty and exceptionally easy to brew. The consistency of the first four infusions at this concentration level is still surprising to me, even in retrospect. At lower concentration and longer steep time there’s a bit more variation and character is a bit closer to a Bai Hao Oolong but I prefer this approach with its light citrus and floral tendencies over the grape/muscat, apricot, and wheat toast expressions and heavier body that come about under the Glenburn recommendations (still has a nice bit of citrus). But you can totally skew it that way for personal preference. This is a versatile tea that can give several different faces and taste like different tea types ranging from a more Darjeeling-esque profile to a Bai Hao Oolong, to a Phoenix Oolong, to a Mao Cha or White Tea. You really have to push this if you want off-flavors (oddly, it’s easier to produce these by going very light in concentration and time with 85-90C, which accents some of the algae notes… which you may like).

Yummy yumyum I’m telling all my friends and will be buying several more pounds.

Great discriptive words! Made me recall the advantage of where you live and the exposure to scent and favors in Northern California which has enriched my own appreciation of tea.

I loved the Autumn Oolong. Like most Darjeeling teas it had a lighter flavor, it was still very full bodied and felt very smooth on the tongue. The tea had incredible sweet fruity notes, mixed with a light floral note. One of the best Oolongs I have ever had.