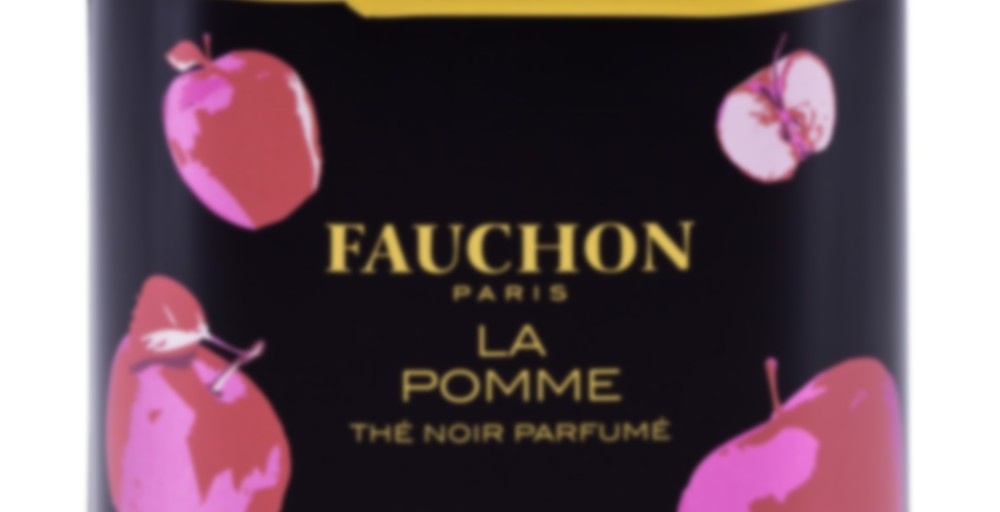 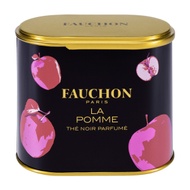 The Aromatise a la pomme

This was a weird one. With leaves as fine as powder and brewed in the iced tea press, this was definitely a black tea first, with some apple flavor as opposed to an apple flavored black tea. Check out my full review here: http://sororiteasisters.com/2017/06/03/apple-tea-from-fauchon/

Second Fauchon try of the day. This one is a CTC based blend, which surprised me initially. It also had a rather odd scent about it…maybe slightly perfumey? I used 1 tsp of leaf for my cup, which fortunately behaved well in my filter. It’s very fine, but not so fine that it gets through the holes. It brews up quickly and very dark, so I added a splash of milk to round things out. I wasn’t going to do that originally, because apple and milk don’t really fit together in my head, but it wasn’t really an option not to.

To taste, I’m very pleasantly surprised. The initial sip is sweet, almost candy-like, and then there’s the fresh, slight sharpness of the apple. The base tea is a little astringent, although a shorter brew time might go some way towards fixing that. It’s not too heavy in terms of flavour, though, so the “apple” aspect shines through.

What I’m reminded of most, drinking this, is one of those red-glazed candy apples you get at the fairground. There’s a lovely syrupy sweetness to begin with, then apple, then base tea, and it’s deceptively delicious! I took a risk when I bought these, because they’re 100g tins, but I’ll have no problem finishing this one off, that’s for sure!

Black tea flavored with crystallized red apple. Fannings tea, made from small broken tea leaves (fannings) from Ceylon and flavored with apple, will surprise you with its precise balance between its strong character and smooth taste.
Origin: Sri Lanka