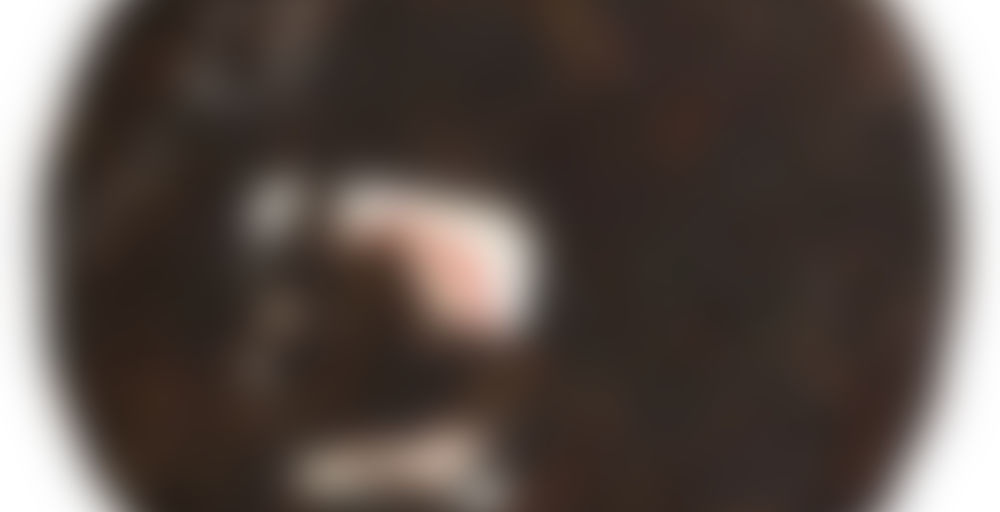 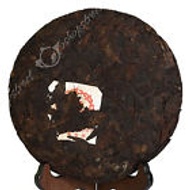 This was a highly interesting tea. If Cha Qi can be described as the effect a tea has on you, this one had a strong effect on me. I would not use the word tea drunk however. The first thing I noticed about this tea was that it has not cleared completely as far as fermentation flavor goes, although there was none of the extreme nastiness that some find with fermentation. You would think a 1990s tea would have totally cleared. The tea started off thick and sweet. during the third steep it developed a bitterness that persisted into the fourth steep. By the fifth steep a sweet flavor again emerged, different from the original one. It developed a fruity sweetness. There was also at times a faint but discernible sour note. This was fleeting and never for more than an instant. The leaves on this tea were huge, it is as the description states big leaf tea. As for the claim of age and ancient tree who can be certain.I tend to doubt the claim of ancient tree but then I am naturally skeptical about such claims for inexpensive teas. I am not unhappy for having bought it, I will say that. I would probably be upset if I had spent a lot of money but it was at least an experience. Much of the tea I drink does not qualify for that. There were many flavors to this tea although it is often hard for me to describe the specific notes. Some might describe the early notes as chocolate but I don’t quite think that sums it up. The later notes were quite fruity although I have failed to pin down a specific.