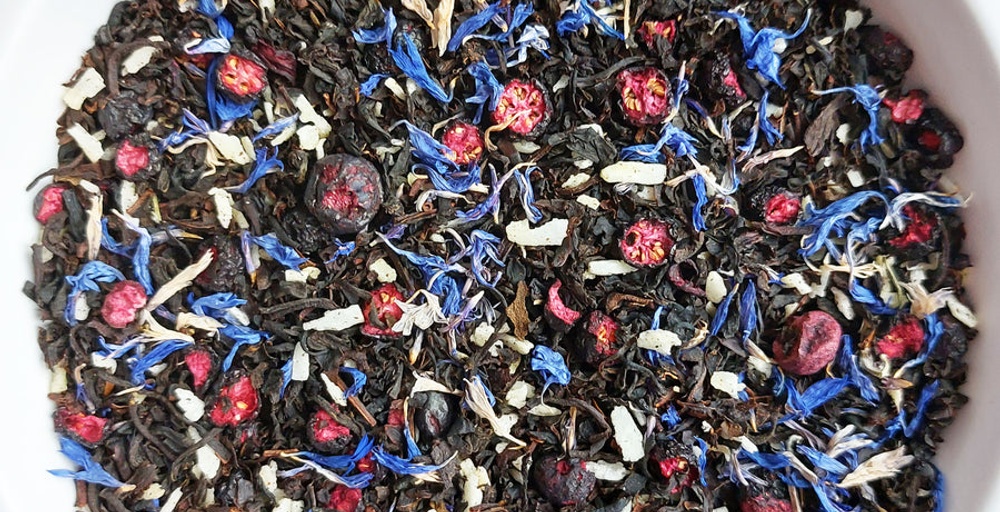 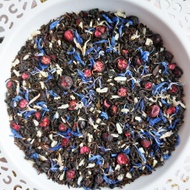 by Dessert by Deb
69
You

What does a dashing Earl bring to an afternoon tea picnic? Why, a blueberry parfait, of course! With a touch of creamy coconut, and the heady, fragrant, mouthwatering scent and flavour of bright bergamot, this black tea blend is a blueberry Earl Grey delight. Tart, sweet, and fruity, Earl’s fluffy parfait will be a star at your next teatime spread!

It’s been interesting reading some of the recent tasting notes for this and Deb’s other EG blends because it’s pretttyyyy apparent to me that I’m in the minority for actually really enjoying the more “raw and earthy” notes that are present in this tea blend. Now, mind you, I don’t usually like bergamot that much and on top of that I really like more resinous/pine or earthy flavours in tea. So, the lighter touch of bergamot and the earthiness is something that verrrryyy specifically appeals to my own preferences. That said, I could maybe do without the hibiscus in this blend. But the trio of blueberry, currant, and elderberry is pretty perfect in my mind!

55
Not Recommended
Cameron B.
3321 tasting notes

I don’t know why I ordered this one.

It was stupid of me, really, because I’ve never liked a single one of Deb’s Earl Grey blends. At first I thought it was the lavender, but they don’t all have lavender in them. So I guess it’s either the bergamot or the base tea, but something tastes super earthy, like I’m licking potting soil. And combined with the candylike blueberry flavoring here, it’s very weird. Adding oat milk doesn’t help either, then it’s creamy blueberry dirt.

Sigh. It’s my own fault for ordering this tea, I guess I was just too intrigued by the bergamot & blueberry combo, since I don’t think I’ve had it before. Oh well, into the swap box it goes…

It really kills me that I seem to hate Deb’s earl grey flavouring. This tea literally tasted like dirt. Blueberry/wildberry dirt. Hers are the only EGs where I have had this impression pretty much every single time; I’ve loved (or at least liked) nearly every other EG I’ve had, including every single 52teas blend. I feel like the rest of the tea is pretty good, and without that EG flavouring I’d love it, so it’s very frustrating to me. Like with Cream Soda Float, it seems to mostly/only be me with this problem :(

I finished the cup, and mourned my tastebuds for their inability to enjoy this flavouring.

No, I too have a problem with Deb’s bergamot… from maybe the one bergamot tea I have tried by Dessert by Deb.

I also find her Earl Greys to taste like dirt. At first I thought it was the lavender, but I think it’s the Earl Grey base.