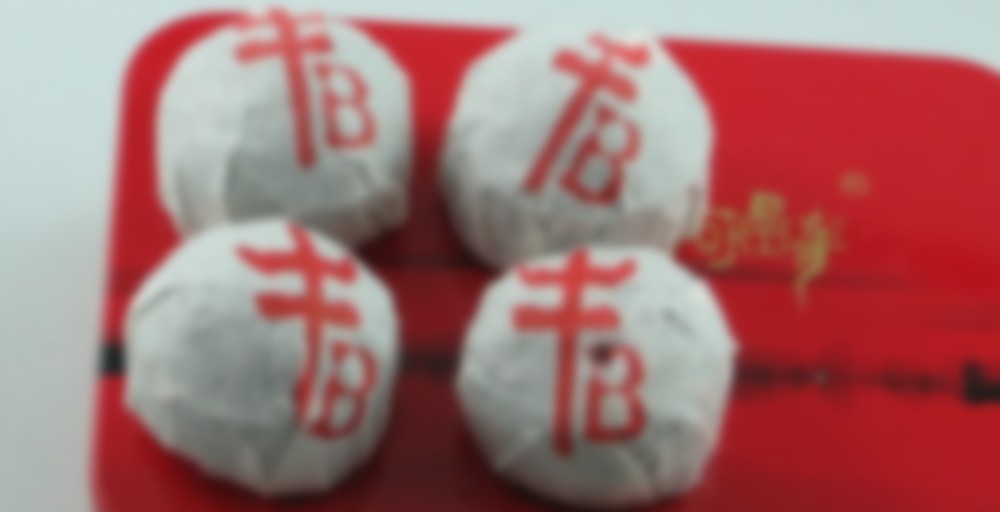 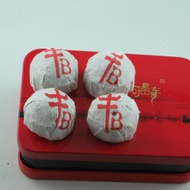 by Daoist Meditation
56
You

Ok, so cow cunt is advisedly a rude name, but that is what the tea really is called.
In Chinese, the term “Niu Bi,” which literally translates to “cow’s cunt,” is a term meaning really awesome, cool, badass, or unbelievable. This tea is grown by the Hani ethnicity at Ailao mountain in Yunnan. It is from a 1000 meter high tea garden with hundreds of years of history. The tea itself is strong tasting with a big bright perfume, lots of cat piss, and a very round, robust taste. It is also immensely sweet as it has been aged in wet and dry storage (Shanghai and Canada) for four years.
this tea is from a farming operation where the trees have been allowed to go feral for several years. This tea comes in small and convenient “tuo cha” format, and you can either directly brew one tuo, or break it in half and use it twice. This particular tea has much more body than most pu’er, so it is also ideal to age.
Whether you age it or drink it now, Cow Cunt Pu’er tea is a great addition to your collection.

Perfume:
Niu Bi Pu’er is extremely aromatic and has a brilliant floral perfume with some elements of “Cat piss,” and mild astringent gumminess that stays in the mouth and offsets the big sweetness of this tea in a very comfortable way.
Sweetness:
This tea is super sweet in the back and fills up the saliva with natural sugars that also coat the roof of the mouth and back of the tongue and throat. This tea has stronger Hui Gan (return sweetness) than it does in the front of the mouth, so watch out for the awesome aftertaste.
Aftertaste:
Niu Bi Pu’er packs some wicked aftertaste that lasts for a long time. It is floral, deep, smooth, astringent, and sexy. A very complex tea that is much deeper than most pu’er available from mainstream factories.
Mouth feel:
This tea is also all about mouth feel. The level of mouth feel both in the front and the back of the taste is wicked and lasts for a long time. Lots of sweetness in the mouth feel, and a bit of numbing on the tongue and roof of the mouth.
Astringency:
Niu Bi tea is quite astringent, but in a very nice way. It has a long lasting deep astringent taste, somewhat like that of a pineapple. The astringency is a back taste, but because this tea is so layered and nuanced, it first really well with the other flavours and sweetness. this tea is an easy drinker.
Nuance:
the most unique aspect of niu bi pu’er is how many layers of taste it has. Taste upon taste, and lots of hidden notes which only become obvious in the aftertaste.

Mini tuocha. No aroma on dry leaf, rinse, or brew. Initial brew has a soft texture, without any great flavor. There’s a Runtz like wax-sweetness. I’m only one cup deep, and I already have a strong body reaction. Elevated heart rate, and a mounting headache. Finish is a weird, citric acidity. Throat feel is rough, and somewhat painful.

I was given this tea as a gift, and decided to give it a try. Honestly, this is one of the gorssest teas that I’ve encountered over the past year and a half. The leaves we’re a mess and there was a lot of dirt. It tasted like farm, bird poop, and leather. After 6 steeps of this tea, I had to throw it out.

Well, I felt daring today. I was pretty ill yesterday, and still feeling the effects from whatever plague consumed my insides; however, I have been craving tea all the same. So, I decided prior to this session that there are several tea samples that could be excellent, or not.

While processing which tea was to be had, I had pondered whether this tea could improve, unimproved, or make my current state of being remain the same. And if it was going to make me feel more wretched than I have been/currently am, then I might as well go for it.

Now, I’ll be honest, I had zero expectations that this tea could be any good at all. I had given it two rinses before I became daring enough to drink any of the liquor. I noted that the wet leaf had slightly smoky, sweet, “meaty,” a bit of pine, and what could be floral notes. The first sip was a big mouthful of smoked-turkey with a touch of Dial soap. Weird, right? So weird that I had to drink another cup (also weird). And let me just say this much: I did that 3-4 times (alright, you’re outta your mind, ya weirdo) before coming to the conclusion that after steep No. 5 (7 if you count the two rinses) that it becomes an extremely astringent subpar Bulang-esq tea. So, with that said, I’m glad I was given the opportunity to try it, but for the price, it’s not worth it—of course it’s worth it if you’re longing to try a comically intriguing named pu-erh then I say, “Go for it—“ unless there’s a sale or a friend is kind enough to share their stash with you….then go for it.

I bought this tea when Chayo Tea had a sale a couple weeks back. I couldn’t pass it up – even though it’s almost certainly overpriced at $3/5.5g mini-tuo. The dry leaf smells heavily of barnyard – and all its associated scents: straw, hay, manure. After a rinse, the aroma was very strong – I got tobacco, floral, herbal, and true to the tasting notes on the tea’s site, a touch of “cat piss.” After smelling that, I got a little nervous about tasting this tea.

On the first two steeps, the tuo wasn’t really opened up all the way, so I was getting lighter steeps. There was still quite a bit going on – floral, honey, and pinesap notes with a barnyard finish. Not a lot of body to the tea at this point.

In the next three steeps, the tuo opened up all the way. I started to get a touch of tobacco flavor on the front of the sip, along with the same honey and pinesap notes – not particularly sweet – and the floral flavor was mostly gone. The tea also started to pick up a bit of astringency which sat in the corners of my mouth. It had a sticky mouthfeel, helped in part by that astringency. The finish did have a weird note to it that could be described as cat piss…I don’t know what’s more disturbing: that I got that flavor from a tea or that I didn’t hate it.

The astringency died down most of the way over the next couple steeps (except when I accidentally oversteeped it once), but i was still getting a sticky, sappy tea.

Around steep 10, the flavor started to die down some. The tea first got a little bit gentler and less funky, with a bit of a creamy mouthfeel. After that, the flavor dropped off a little bit more suddenly, and was most of the way gone by steep 12. The last couple steeps were mostly flavorless, reminding me that this is a mini-tuo with leaves as chopped up as is standard for this form of pressing. There was an odd and mostly unpleasant finish to those last couple steeps – almost platicky or rubbery.

There wasn’t a whole lot of info as to this tea’s origin or age on Chayo Tea’s website. I think it’s overpriced for what it is, at $35 for 12 mini-tuos before any sales or discounts. It’s really not particularly high quality material, being pretty chopped up and all that. I will say that I do not regret buying it though – it’s interesting and a rather uniquely flavored tea as far as my experience is concerned. Absolutely not something you would want as a daily drinker, but tasty enough and something that’s kind of fun to experience. I suspect I will keep some of my remaining 11 and toss the rest randomly into any upcoming tea swaps I make. I would guess this tea is maybe a few years old. Doesn’t have the astringency of a fresher tea – maybe 2010-2012. Not sure of course as its not listed. Also – don’t google “Cow Cunt Puerh” trust me. Again, this gets a decent rating not for how good it is, but for how interesting it is. The flavor was complex and a little bit tough to figure out.

Another one to add to the list of great chinese tea names, & cats piss is another great tea flavour

That is a truly glorious name.

Yea, apparently it’s a phrase that basically means the same thing as “The Bee’s Knees” but literally translates to “Cow Cunt” :P I dunno how often the Cat Piss flavor tag would be used on Steepster…

its the new big thing, i’m already in communication with some cat owners about patenting a range of cats piss products.

Man I just wanna know how that flavor got into a tea. Like, “oh that tree? You don’t want tea from there. Mittens loves that tree. I mean…you can have it if you want it”

And then they sold it for a buncha money to “geniuses” like me.