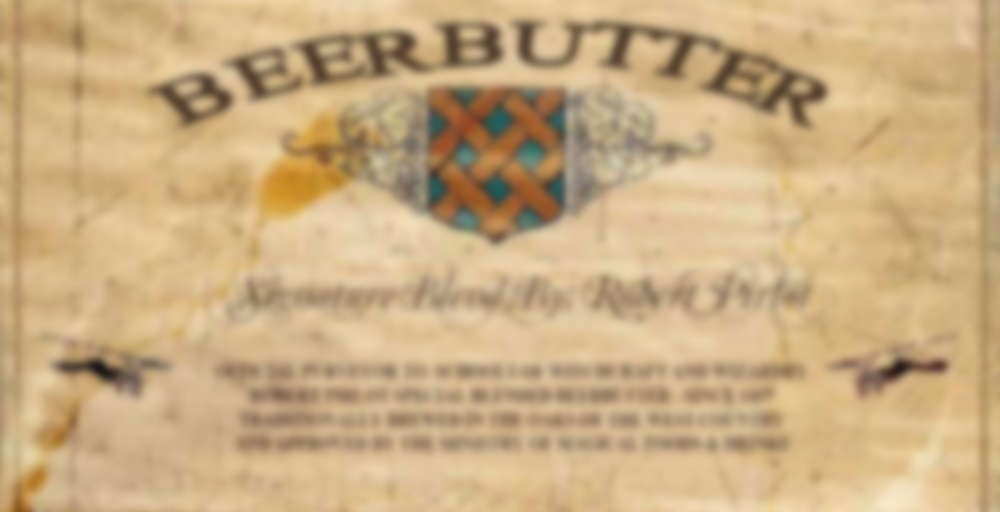 So I’ve wanted to try this for a while now. I kept putting it in Adagio carts but never pulling the trigger.

So finally I have it.

Naturally, I added a couple splenda’s to this. It’s supposed to be butterbeer, after all! Sadly, it tastes almost exactly like the Adagio butterscotch tea. Like, spot on for that other blend. I almost want to brew up both side by side and compare. And it’s weird because the butterscotch tea is just that – butterscotch tea. This one is caramel, cream, and vanilla tea. But then I suppose that’s more or less the flavor profile breakdown of butterscotch, isn’t it?

Now, don’t get me wrong. This is tasty. I almost want to try it as a latte. But for as hyped up as this was in my mind, for it to be this one-note is a bit of a letdown. If I wanted straight butterscotch tea, I’d buy that instead.

The tin is stylish though.

Brewed this up as part of my “introduction to tea” for a friend of mine.

It’s surprisingly malty with a gentle sweetness at the end of each sip that lingers. It gets a bit tannic after a few sips, but nothing unmanageable.

Obviously, given its inspiration, I had to make this up as a latte. There are no other options! I used 2 tsp of leaf, gave it 4 minutes in 300ml boiling water, and then added 1/2 tsp of vanilla essence and 1/2 tsp of honey. I topped it up with 100ml milk. Based on other “butterbeer” teas, I think I was expecting a root beer kind of vibe, but this one’s a little different. The main flavours I can pick out are vanilla and caramel, which are obviously helped along a little by my additions. The milk enhances the creaminess also. It’s a fairly straightforward tea, but delicious. There’s a nice balance between base and flavourings, and both aspects (vanilla and caramel) are distinct rather than just a sweet mush. It was kind of buttery, although some of that might be suggestion. Either way, it lives up to its inspiration and I’m happy with it. I’d make it as a latte again. And again, and again…

It smells so caramely sweet that I don’t drink it very often. I’m not sure if it is actually sweet or just seems that way because of the scent. When brewed it taste like strong burnt caramel in the good kind of way but still seems way to sweet for me most days. I’ve found the perfect way to help me finish the ounce I have left, 1/2tsp of this added to 1tsp of black tea. I love it this way perfect amount of creamy burnt caramel to my black tea of choice.

This is my “dashboard inspired” tea. Roswell was drinking this yesterday and it reminded me that I’m not drinking my custom Adagio teas.

This one is pretty good. It’s caramel, and vanilla as stated – I’m also getting some chestnut that’s not really listed, so I’m not sure why I’m getting that.
I’m not sure I will ever order these again, but they are fun, the tins are cute, and this tea isn’t bad…

Definitely. I didn’t love most of my Star Wars teas, but the tins are worth it. :P

I’m kind of tempted by the Hobbit-themed one just because the art is so cute and bright! :P

LOL I have so much tea in my house that I can’t start buying more because the tins are cute – and Adagio shipping is still pretty expensive to Canada. Basically what I’m saying is that I’m trying hard not to be tempted.

Yeah, I’m definitely not going to buy any now! The only purchases I foresee are Butiki and TeaVivre (both sales). And then I really need to go on hiatus! :P

Oh, and maybe Verdant, if I end up liking the Minnesota Blend that Sarsonator is so generously letting me sample!

My problem is that I end up buying “unforeseen” orders. I end up buying stuff right before a sale or right after a sale. I’m really bad at “I NEED It NOW” – and don’t touch it for 3 months… I really need to get better at this. I’ve been saying that I’m on hiatus for 6 months now. LOL look how well that’s working out for me.
Wishing you all the best in trying to curb your order, only buying onsale – if this works out for you, I’ll hit you up for lessons. :))

I’m more like you dex…I want it now…and then there’s a sale, and I get more…sigh.

This was my very first Adagio tea!

I wasn’t overly impressed with it. It tasted somewhat bitter with a sour aftertaste. I definitely got the caramel/vanilla flavors but there was also a weird chemical taste that I picked up on. This tea only loosely implies “butter beer”, I actually preferred the 52Teas version. I’d added milk to this in the hopes of making it creamier. It did not work.

IMO this one was missing some root beer flavor or something.

To be honest, I’ve had the real deal, i mean as real as a fictional beverage can be – the Butter Beer from The Wizarding World of Harry Potter at Universal Studios Orlando.

And that stuff was AWESOME. So no imitations will ever compare!

This to me is not Butterbeer. That doesn’t mean it is bad but it definitely is not the tasty deliciousness that is Butterbeer either. Instead, this tastes like an almond cookie to me. I don’t know why as there is no nuts in this but that is what I am getting. It is a little buttery, a little nutty, and not all that sweet, hence the almond cookie. Not bad but definitely not what I was hoping for either. Oh well, c’est la vie. Nonetheless, I want to thank the awesome Nattie for the opportunity to try this out.

another from yesterday and the lovely dexter This one was pretty close to teas a creamy caramel, vanilla cup though sadly that isn’t butterbeer to me, AND since i’ve recently had both tea G’s cream tea and caramel tea, this one feel short. It was still a nice enough cup to drink, but i’d reach for Tea G’s first :)