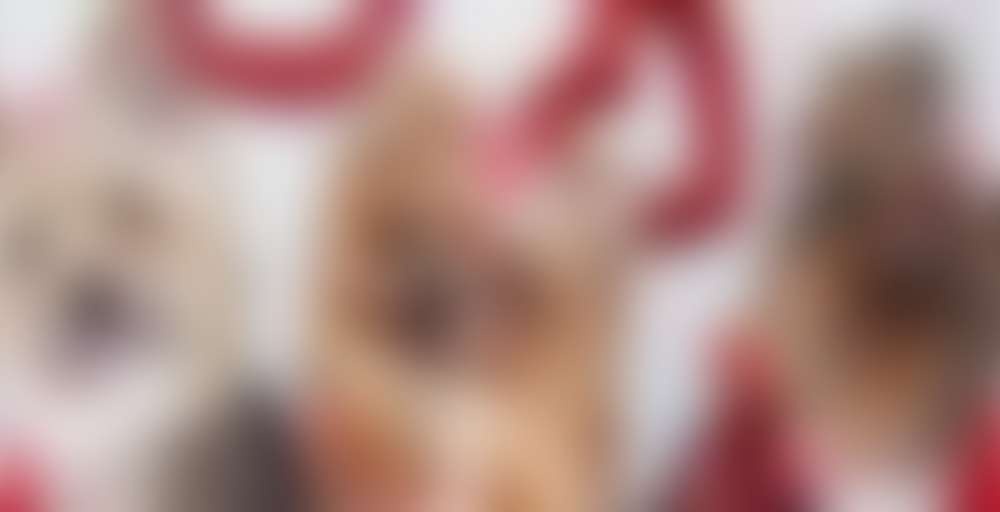 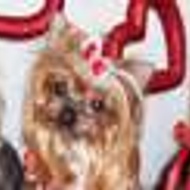 Three little Sweethearts blend three sweet flavors to tempt you! Go ahead and enjoy…the sugar is only present if you decide to add it. Maggie, Gigi & Chloe promise not to tell! Enjoy with a little cream for a richer flavor.
Story

I decided to bring this blend back in 2011 with a little change in the percentages. Enjoy this Valentine Blend with your special one all year round or treat yourself to a sweet treat without the guilt.

Just a Trio of Tulsi

Today, I’ve decided, is decupboarding day. Let’s see how many I can get through.

This one is one I got from some kind soul once, the identity of whom I’ve forgotten because I’ve got so much gift tea from so many people lying around and no reliable system for remembering where it all came from. I’ll devise something of the sort, but there are a few things that need to come in order first. It’s all part of getting the tea corner sorted out. The tins are still all kicking around on the table in an only slightly organised pile. Not for lack of trying, though, but by the time we finally picked some shelves for that corner, they were not in stock. (We also bought a shelf for the bathroom but can’t put it up yet because we got a middle bracket instead of two end brackets. Typical!) After the shelves have been sorted out, I have some ideas for a gift remembering system which may or may not work out.

Anyway, the first time I had this it seems I wasn’t really all that impressed. That fits badly with how I ended up drinking quite a lot of it in a short time until the sample was nearly gone. Having waited a good while, I’m polishing it off now. I don’t know, I think it was something to do with how perhaps the flavour itself wasn’t really what I was looking for, but I liked the idea of it so much that I just kept trying.

It’s a pretty good tea to drink, really, just not one that makes you sit down and want to try and pick the flavour profile apart. It works best as a whole without too much thought activity. Probably not super-suitable for a first tea of the day tea either, but I can’t really say as I care. :) I imagine it’s probably a pretty good tea to have while reading a good book. I’ll go test that theory out I think.

(I love wednesdays. Have I mentioned lately that I love wednesdays? I feel for all you poor souls out there that have to be at work today and I’m not jealous at all. Aaaaah wednesday. The Weekend Minor.)

Good morning? au contraire, good evening my dear. Best wishes on the organization system, for the time being I have taken to hiding miscellaneous tins and cakes in my closet, under my bed, and any other spare nook that I can find and pretending they don’t exist. That not only makes my known collection much easier to manage but it makes everyday like a scavenger hunt and I get excited when I find teas I didn’t know existed.

Hey it’s only 8.40 am where I am. :p
Ha, scavenger hunt! :D My boyfriend was complaining about the lack of organisation of the tins and how he couldn’t find any thing. I estimate there must be around forty tins or so, not counting, of course, the sample basket which is off limits for him (gift teas and samples, should be logged so he can have it, but not without me). I think out of those forty, he brought maybe seven or eight into the household when we moved in together. Cue extreme dork reaction on my part. I’ve made him a spreadsheet with tea, brand, type and description of tin. :p

now that is organized!! love it :P

When I bought new tea shelves I split mine up by type (though my pitiful greens and whites had to share a shelf). I still forget about the ones in the back, but it’s much easier to find things now. I have also taken a page out of your book and have a smaple basket. Two, actually!

I like to mark gift teas by using those self-adhesive address labels. I cut them into thirds and write the name (usually the screen name) of the person who gifted them to me.

Oh, and then I stick them right onto the package of tea. (Forgot that part!) :D

I was actually considering a similar tea list. I have so many teas, including samples, that I forget some of them. I have found teas I ordered years (yes, YEARS) ago!