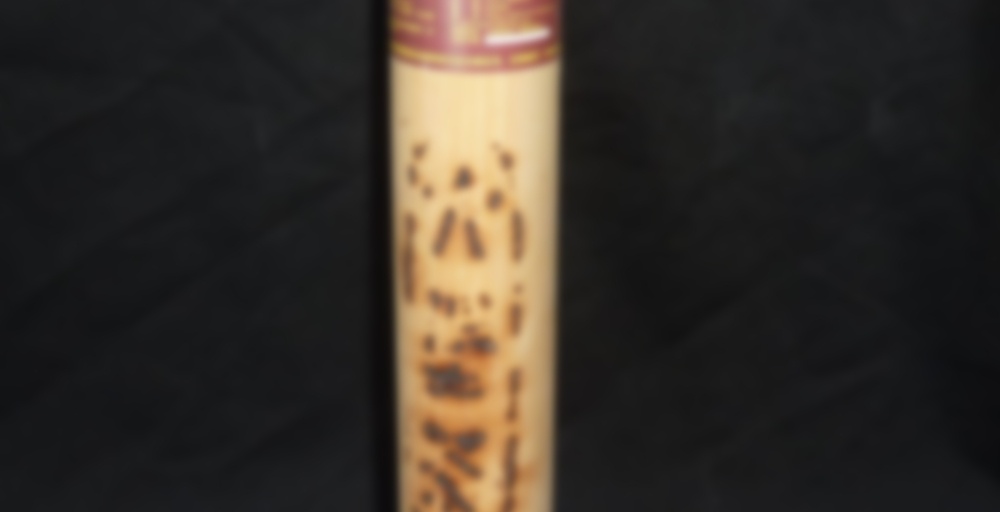 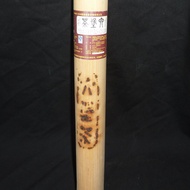 his rare liuabao is made from medium fermented material harvest 2004 and was pressed in a special kind of bamboo in 2007. It has been stored 8 years in Guangxi “Three cranes” warehouse, until 2012. Clean, deep red liquor. Typical “Three Cranes” taste with special sweet aroma from the bamboo! Smooth and full, sweet and slightly aged taste..

In order to remove the tea, I had to peel the bamboo shell away from the tea. There was quite a bit of bamboo dust caked on the outside of the tea, and it looked like an insect had previously burrowed tunnels throughout the inner wall of the bamboo- perhaps that was the cause of the dust.

Leaf Quality:
After removing as much bamboo dust as I could, I split the cylindrical tea into little cakes and separated the leaves from each other. There were a little bit of “Jin Hua” or “Golden Flowers” growing on the leaves, but the fungus was scarce. The brewed leaves smelled earthy, woody, mossy, and had a slight hint of baking flour aroma.

Brewed Tea:
The brewed tea was dark brown with a slight reddish hue, and smelled nutty. It tasted earthy, woody, and sweetly grassy. Each sip left a long lasting nutty aftertaste. The tea was very mild
Second Steeping
This steeping was very earthy and nutty. The flavor reminded me of mild pu-erh. The aftertaste this time was sweet and mossy. Each sip was silky smooth and the liquor was surprisingly clear given the bamboo dust that was previously caked on.
Third Steeping
This brew was the mildest. It tasted malty along with the woodiness and earthiness from the earlier brews. It wasn’t as sweet, and the nutty aftertaste had returned. The grassy notes were completely gone.

I decided to brush off any remaining bamboo dust from the rest of the dry tea and stored it in a separate container for further aging.

Jin Hua – you are a brave one.

Thanks. The Golden Flowers fungus does make me a bit weary, but most of the dark teas I’ve tried in the past week have been covered with it.