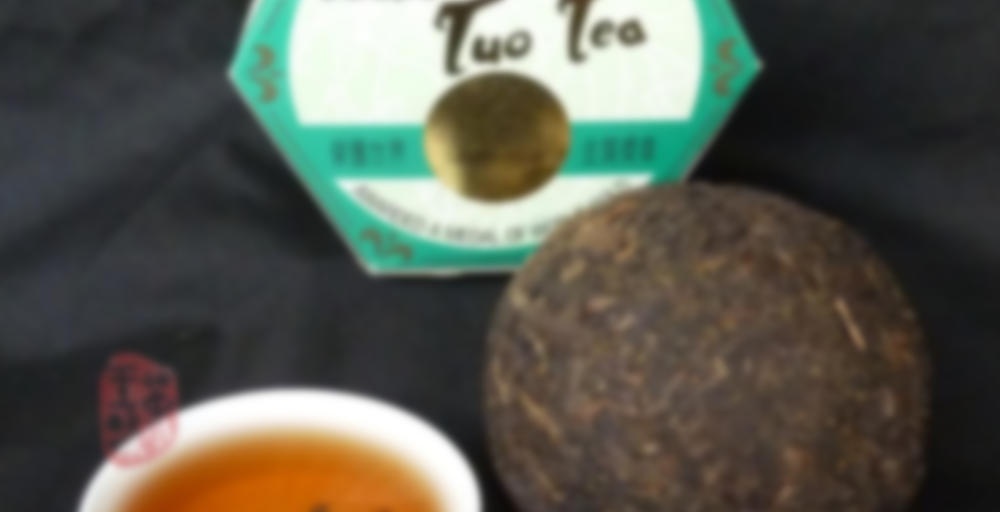 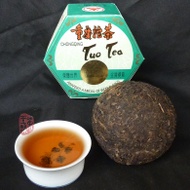 This is one of famous dark tea products and beautiful aged tea. Chongqing Tuo Cha (named after the city of Chongqing, Sichuan prov.) is famous product with long history and tradition (since 1953), and exported to many countries. In August 1983 in Rome was awarded the gold medal at the 22nd session of the World Food selection meeting, 1985 won silver medal of National China quality product.

This tea is composed of selected material which come from 14 tea areas in Sichuan province, made by traditional manner and modern methods (hong qing, shai qing and chao qing) and pressed into tuo cha form.

This tea was stored in Chongqing where is hot but not too wet place since 2003, later moved into very good storage in Guangdong by a puerh and heicha tea collector, no signs of mold or other negative weirdnesses which could make the tea a pain to drink!