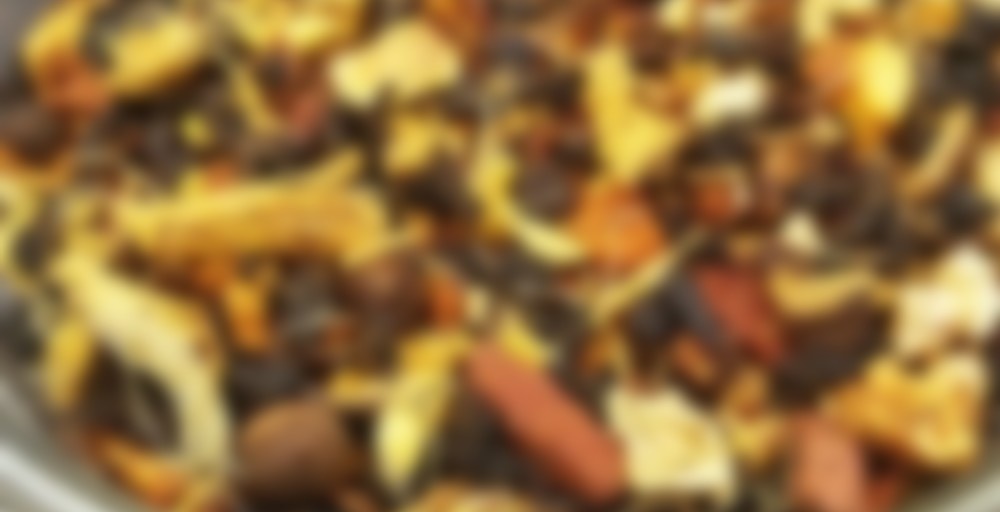 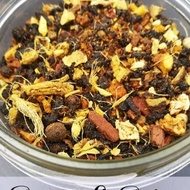 This tea is a custom blend. Black tea mixed with rooibos creates a perfect balance of flavours and caffeine. This blend is so comforting! A perfect winter tea. There’s a burst of orange right from the beginning. With each sip, the spice builds and another layer is revealed. It’s smooth, citrusy, spicy and sweet. Would be good with a little whiskey!

My Amoda order has landed! Looking back at my order, I wondered why I didn’t just pick out a couple more things because I would have gotten a larger percent off but I guess at the time, I was trying to behave. But, but, for only $5-10 more I could have gotten so much more! Sigh.

The sample smells amazing. I say this a lot with spicy blends, but it’s akin to cola bottle gummy candies, even more so than Acquired Taste’s Winter Dream sencha. There is so much good stuff in this: licorice, allspice, orange peel, pink peppercorns, cinnamon, cardamom, elderberries…

I already know I overleafed because 7g fell into my basket and here I’m only steeping a standard cup. Whoops. So the liquor is looking rather dark.

The steeped tea smells like spice cake. I can taste the sweetness from the licorice root a bit, but it’s not overpowering because there isn’t a lot in the dry leaf to begin with. There is also some brown sugar in this, apparently, which contributes to the sweetness. I normally don’t like sweeteners added to teas, but it’s not bad here at all.

It’s worth trying, it’s tasty, but the sample size will suffice. But I wouldn’t have minded getting 25g either. It’s one of those teas. More wouldn’t hurt but it’s no loss either.