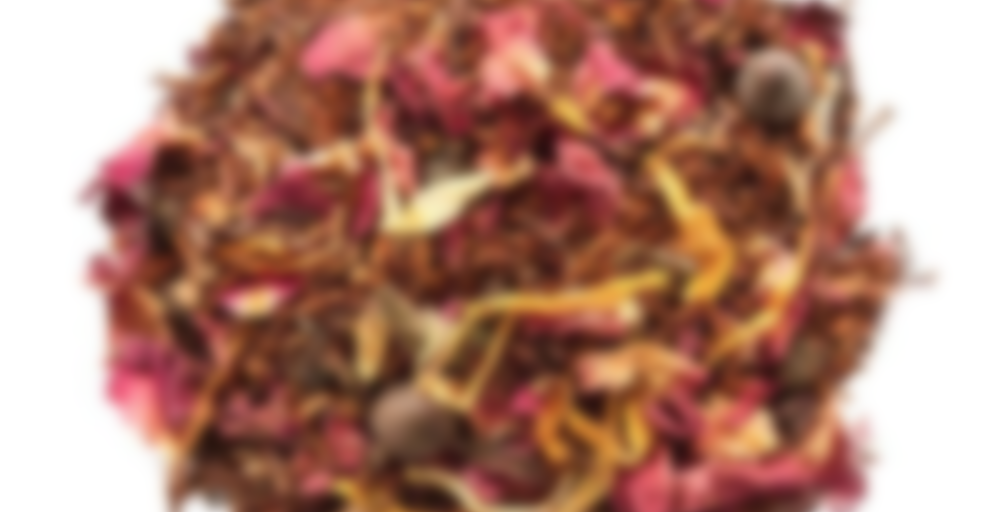 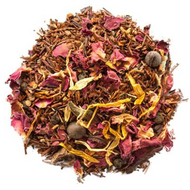 An Evening With Eros

Blended exclusively for Valentine’s Day as a romantic treat this roobois based concoction will add a little love at any time of the year (or day…or night!

This is an amazing tea with a well suited name. I really believe that if Eros had a tea-form, it would definitely smell/taste like this. In fact, I think that this tea should count as aromatherapy on top of being a fantastic tea.
As it’s roobois, I tend to drink this in the evening and it is a fantastic way to relax. The caramel, chocolate, and flower all come together to make perfection. I don’t usually like caramel and chocolate flavoured teas, but here they are perfectly complementary with the other flavours that I can’t really imagine it without!
Another thing: I am a slow drinker, but this tea holds its flavours well without becoming bitter. Tea is higher priced for store, but overall a great bargain compared to some other higher end tea companies.
I definitely recommend this. Hands down my favorite tea!

Wow, my cupboard has just blown up so much…

But hey, I finished off one of the teas I brought with from home! Like, actually truly finished it off. So that’s something. On the other hand, I’m bringing home 34 new teas tomorrow, so one tea is really only a drop in the bucket.

This was my tea for in the car, on the drive back in from Fargo to Winnipeg. We got back into Winnipeg around 6PM and from there we went to my step sister’s house to go out trick or treating with her and my step nephews. Dominic, the older of the two, is thirteen and he was very “over it”/was acting like an ‘adult’ who was disinterested in Halloween and ‘baby things’. What!? Who gets sick of Halloween!? It’s the best holiday of the year! At least my younger nephew, Gabriel, was super excited! He’s only five, so he was really into it. We went like seven blocks before he got too cold and wanted to head home and then we had a good time sorting his candy/counting it.

As for the tea; I added a little milk to it this time. Mostly, I just wanted it to cool down quicker so that I could drink it sooner in the car during the trip back into Winnipeg – but I didn’t hate the idea of adding milk to a tea that reminded me so strongly of oatmeal raisin cookies. This was better straight though; the milk drowned out a lot of the flavour in my opinion without adding a whole lot substantial flavour wise. Thankfully, the cinnamon and raisin notes prevailed, although they were certainly muted.

I’ve never actually ordered from Banff Tea Co. and to be honest I definitely wont be any time soon with the state that my cupboard is currently in, but if I was going to I think this is actually something I’d seriously consider adding into an order. It was a delightful surprise, and apart from the awesome kombucha I got to experience this trip I think it’s actually one of the best teas I’ve had so far on this vacation.

This is a tasty tea with floral, fruity, and gourmand nuances all in one. The first cup I had was heavier on the floral, probably because it had more petals when I poured it out of the sample pouch. The rooibos base is woodsy but I’ve had much worse. Then there’s a delicate chocolate note in the background. I added milk to this first cup and it worked well, I must way.

The second cup today hardly has any floral notes but more tart, fruity notes are present long with the gourmand caramel and chocolate. I didn’t bother with milk this time around and I was able to taste the chocolate a little more, this time around. Not sure if I would ever order more but if I ever find time to make it down to Banff again, I may consider giving this another chance. It’s just unfortunate that they store their teas in glass jars in their store. I ordered my sample though Amoda, so I’m thinking it shouldn’t have had as much exposure to the sun.