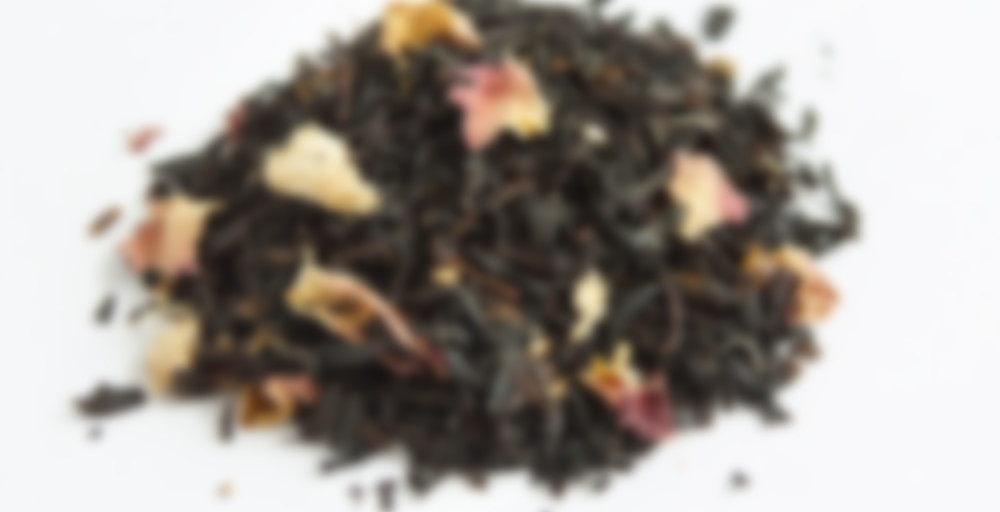 by Aromatica Fine Teas
72
You

A classic combination for tea, peach and ginger is a classic flavoured tea – one of the first to become widely popular. We’ve found one with a subtle twist – rose petals. It’s hard to resist juicy peach, spicy ginger and perfumed rose. A flavour-packed tea perfect for sipping hot or as an iced tea.

thanks variaTEA
-nice base tea
-peach flavour is nice, though i personally am a little tired of peach
-neeeeeed moar ginger!
-don’t notice the rose

This one was still jucy bright peach, with a hint of sparkling ginger. The base was pretty strong, though.

Anyways, I’m trying to focus on my taxes, but all of this tea just seems to keep getting in the way! ;)

This is a really interesting tea. All three notes are present, almost in layers (if that makes any sense). The peach is the sweet top layer that introduces you to the sip while the rose is the large middle that dominates the flavor. Meanwhile, the ginger is resting at the bottom as a warmth that ties everything together. All elements can be tasted simultaneously, layered on top of each other, rather than sequentially. I am enjoying this one much more than I anticipated I would.

The dominant aroma in the dry blend is the peach, but the ginger really comes through after steeping. This one is not bad, but I don’t like it nearly as much as my favorite peach black tea – Valley of the Heart’s Delight by Satori Teas – which has stone fruits and flowers.

This second cup doesn’t appear to be steeping very well. It looks and smells watery and there are little particles floating around in the liquid. I can faintly smell the peach and the ginger. It’s relatively dark in color but still not as dark as the first infusion. The torn tea leaves have opened fully and the flower petals are now pale and translucent. The taste isn’t bad. It’s mostly ginger. Probably not worth a second steep.