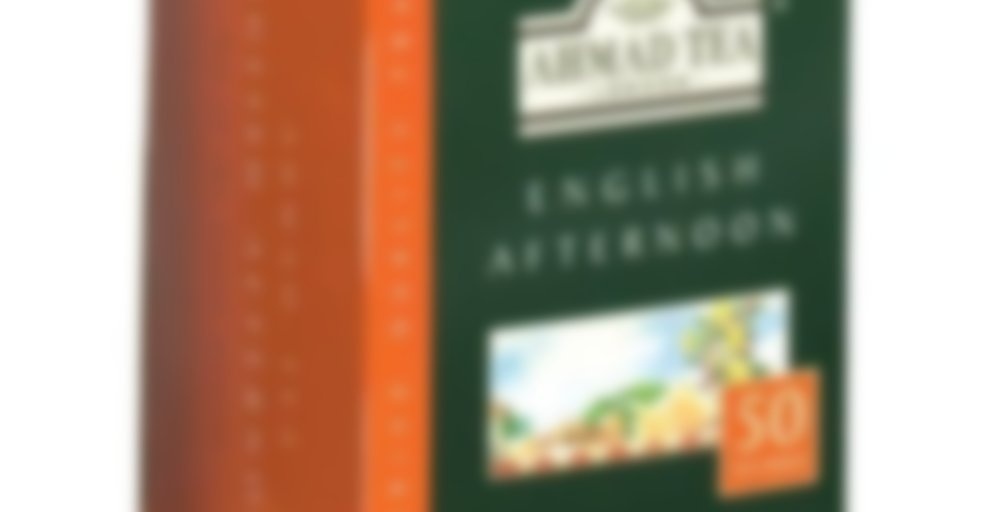 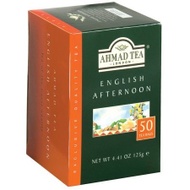 Our English Afternoon is an uplifting black tea with a gentle note of bergamot. Its style sits between our robust English Breakfast tea and more floral Earl Grey. As such, it makes the perfect afternoon pick-me-up.

To make it, our Tea Masters balance delicate Darjeeling with malty Assam, rich Kenyan and brisk Ceylon teas. This special blend gives our English Afternoon its full yet lively flavour. A little of our signature bergamot flavouring adds an exotic citrusy note.

Delicately balanced, our English Afternoon Tea makes a lovely restorative cuppa. Try it lightly steeped for an energising brew, or add a slice of lemon to bring out the tea’s zesty notes. To really enjoy this tea at its best though, serve it strong with a splash of milk and your favourite afternoon treats.

Afternoon tea is a much-loved British tradition – one that we couldn’t be without. It started in the Victorian era as a way for society ladies to bridge the gap between lunch and dinner. Fancy sandwiches and cakes were served with fine teas at around 4pm, and the rest is history. The Victorians also loved their horse racing, where afternoon tea was soon being enjoyed. So we celebrate both on the box of our English Afternoon Tea with James Pollard’s race painting “The Start of the St Leger” (not on the 50 Round Teabags box).

It has a slight hint of bergamont. Very smooth and soothing.

This is also my favourite tea blend. You should also try Ahmad Tea English Tea No 1. Different blend of teas, again with a hint of bergamot, very refreshing

Yes. I also enjoy Ahmad English Tea No 1. I find it very refreshing as well.

Prince of Wales Afternoon Tea. “Full bodied and robust teas of multiple blends from South India’s Nirgiri Mountains. It gets it’s bright copper colour and malty flavour from Kenya and China which gives it hints of oak and burgundy depth.” Extremely smooth and relaxing. Enjoy!

Three entries of same tea. I decided to use this one.

Huge bags section after loooong time. A tea bag. A tea that old, that Ahmad doesn’t offer it anymore in the Czech Republic.

The bag was in foil wrapping, so I have hoped it will be still quite fresh. It wasn’t much overpowering when I have opened that outer wrapping, but it’s black tea blend! I took a sniff on the bag and noticed citruses. Not sure if bergamot, it was rather lemony for me, but again it’s old!

I went for two and something minutes steep and mug was filled with dark brown (read: mahagony) liquid.

Taste is very mellow (I bit blame the age, to be honest), again Keemun taking most part, smooth, and hints of citruses. Again the bergamot I suppose. Backbone of malty notes.

Whoa, I haven’t expected such a great flavour for that old tea. Just be careful with steeping time I guess.

Hey Martin-Take it from an old tea bag here-we are full of surprises! LOL!

1/1/2016 Evening cuppa. 12oz/212F/2min I didn’t measure the leaf, but I’d guess maybe 2 tsp. Someone gave me a little set of cute gift tins. I find that Ahmad teas always make a nice cuppa, and are great for builders tea. A little bergamot, a little brass, very nice sweetened.

Just a little bergamot, against a pretty robust breakfast-y seeming blend. Sometimes it’s just what I want; sometimes I’d rather be drinking an Earl Grey.

The aroma is pleasant and mild with a hint of Bergamot.

The flavor was slightly bitter and citrusy from the Bergamot and Ceylon, but other than that there is no real flavor. I was not overwhelmed with the flavor and a little disappointed.