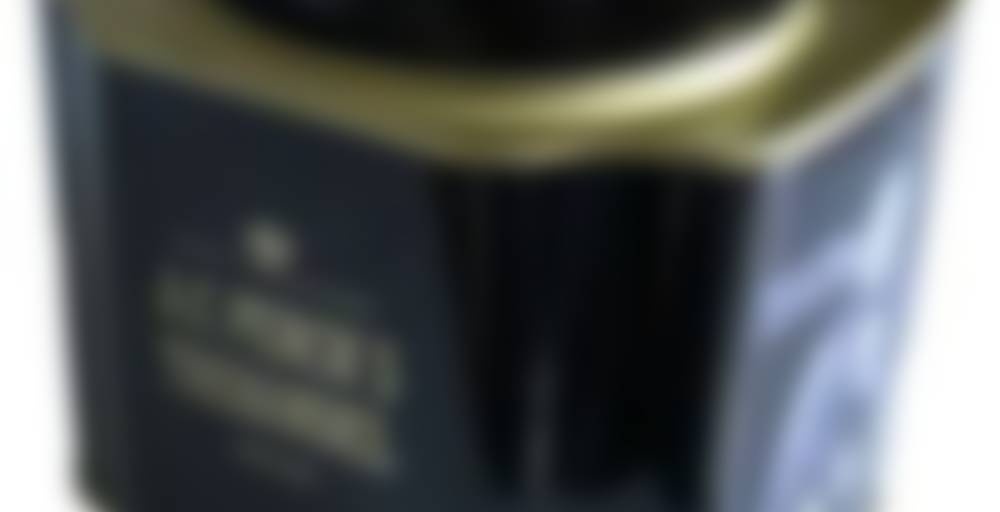 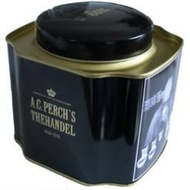 Soft Blend of Ceylon and white chinese tea. Light fruity flavour. This blend was specially develop for our 175 year anniversary. Infuse for 7 minutes with boiling water.

This is one that the boss and I drink copious amounts of at work, and the boss especially is very fond of it. And yeah, once again ACP’s steeping instructions are Teh Krazey! A fruit flavoured blend of black and white, there is NO WAY I’m steeping that for 7 whole minutes. And there is even less way I’m doing it in boiling water. I can only conclude that the good people at ACP like their tea vastly different from how I like mine.

Anyway, fruit flavoured black and white. I have not been able to discover exactly what sort of fruit, but there is some sort of citrus peel in there and on the whole I think it tastes vaguely tropical, so my best guess is orange and something else. Perhaps pineapple or passion fruit. I have finally succumbed to curiosity and sent them an email asking about it.

The first time we bought it, it was the boss’ choice and I think she was initially drawn to it because she liked the tin, and then found the description interesting. She has since then requested the tin re-filled. We have a selection of six different ones to choose from and as it looks like now, three of them are always this, the Late Summer blend and the internationally acclaimed Raspberry Oolong. Slowly we are beginning to understand that the remaining three needs to be flavoured as well, because unflavoured teas, even those that we otherwise really enjoy, just don’t seem to fit in properly in the work place and they’re never even half as nice when made there.

I’m very certain of the orange, and here at home where I can brew it far better than I can at work, it’s very very orange-y indeed. I can also detect some floral notes around the edges, which I attribute to the inclusion of white in the blend. This flavour is shaped like a half globe. Most of it is orange-y fruit flavour, the flat bottom surface is the black base and the curved surface is the floral note. I’m not really getting much of the black base here, but I’m rather getting the impression that it would be very noticable if it weren’t there.

Brewed here at home, under more controlled conditions than is possible at work, I’m finding it really rather pleasant. At work, it very much varies. Not surprising considering the white content and the inability to really control water temperature much.

I’m slightly surprised that the boss has fallen for such a tea under those circumstances, but really, even though the quality of the individual brews vary, it’s not at all a finicky tea. As mentioned, brewing conditions are FAR from controlled and we don’t always have time to actually hang around in the lunchroom until tea is finished brewing. We make a liter at the time in a thermos using those filterbags that you put leaves in yourself, and it has happened more times than I can count that a tea has had a good half hour because we were distracted by Evil Work and forgot about it. I think that’s part of the reason unflavoured teas just don’t work well there. Added flavouring can hide a LOT of abuse.