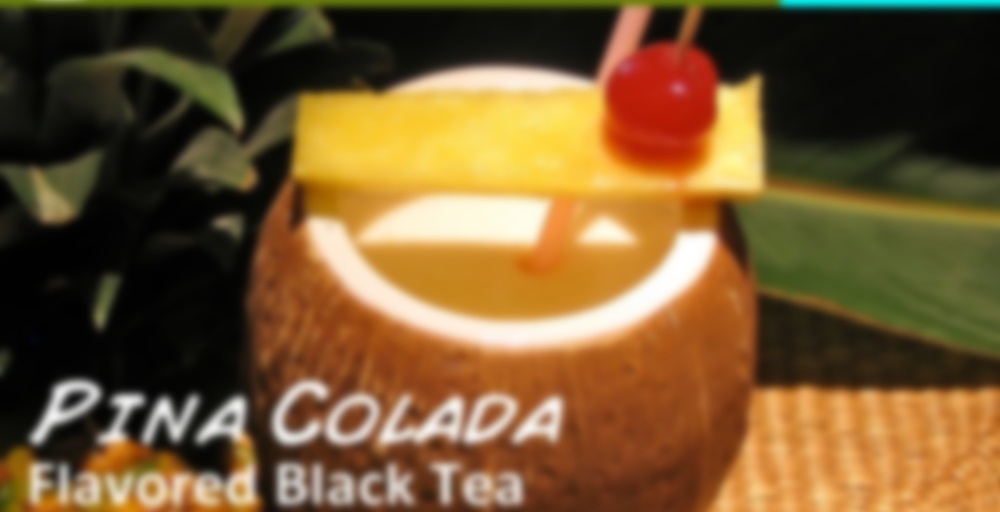 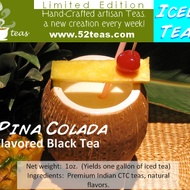 I hot-brewed some of this tonight for iced tea tomorrow, and I had a little bit left over from the hot steep so I am sipping on it hot. It is from the third infusion, but it is still quite flavorful. Definitely one of my favorites from this Iced Tea Series – I look forward to receiving series #2!

Meethinks that Frank is a huge fan of boat-drinks. And that’s okay by me because I’ve yet to be disappointed by any of his pina colada teas.

I cold steeped this one over night and I’ve been sipping it all day between other teas. I think that this black tea version has a great flavor, and I’ve gotten two pitchers out of one packet so far. I like it a lot.

Instead of throwing the whole packet in without measuring I decided to experiment. I found 1 tsp of tea per 12 ounces of water is how I like this tea. So I brewed it accordingly, double strength (I used 8 teaspoons of tea in a total of 96 ounces of water) and it came out great. Added a touch of sweetener for my sweet tooth. Refreshing. Nice light flavor. It tastes like the same coconut flavoring used in “Coconut Cheesecake Honeybush” tea is used in this, which I love. Glad to have snagged the last couple bags of these.

Edit
After trying this again later, I have to lower the rating a bit. I’m not too crazy about the base tea used. It’s a little harsh to me or something.

Edit 9/9/11
I have an idea. I THINK what’s making me not like this is the little itty bits of tea left over that continue to steep and make it bitter…
So next time I’m going to put this in tea bags before I steep it. I’ll keep you updated.

Hot brewed iced tea. I think with the watermelon I made it too concentrated, because using half of a package for a pitcher made this perfect!