You haven't written a review for this place yet. Write One

Sylvan Fae hasn't written a review for this place yet. 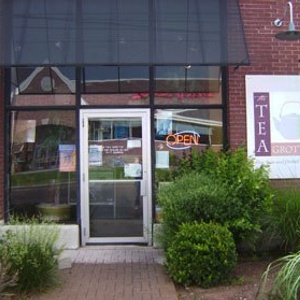 That being said, this wouldn’t be a 4 star tea room in any other state. I ordered a Keemun to go, and they poured some hot water over the loose tea and gave it to me in a paper cup. Just like a starbucks, they didn’t seem to care about the ratio between water and tea, nor did they give me any way to prevent the leaves from over-steeping. I tried very hard to do the high-quality Keemun justice by drinking it all between the 3 and 4 minute marker, but failed. Instead, I ended up with an undrinkably bitter cup only ten minutes after receiving it.

I’d still be curious to try this place again to see how they brew tea for their in-house customers. Because, as I said before… it’s a tea place… in Utah – so it’s well deserving of second, third, and even fourth chances.

I love the Tea Grotto. Delicious teas, nice atmosphere and helpful staff. Their Trio Green Almond is my favorite :)

Tea Grotto is simply great. The staff is extremely insightful, very helpful, and absolutely friendly. Whether you’re meeting a friend, looking for a nice place to sip tea while doing work, or wanting to experience a tea tasting from the Tea Grotto’s in-house expert, you won’t find a better place for tea in the Salt Lake valley than this.

Hurray for a tea shop in Utah! The owner is very knowledgeable, and while there is not a lot of teas, she does have a nice selection.